Shetty calls for an investigation with the chief executives of “NMC”... 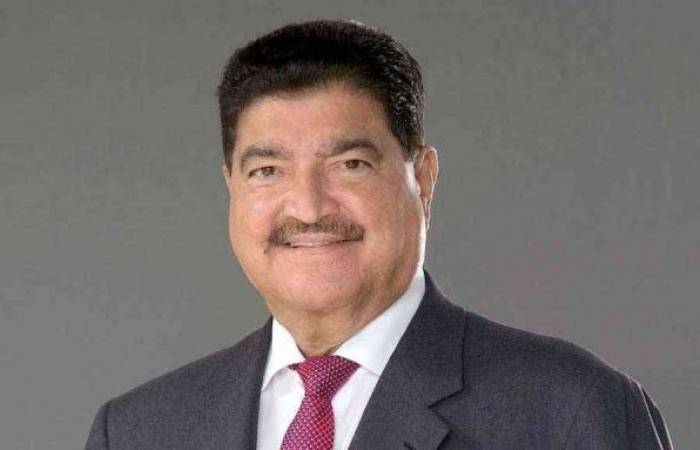 Indian businessman BR Shetty has filed a complaint with federal investigative agencies in India to investigate two senior executives in his companies and two Indian banks in connection with a multi-billion dollar financial scandal involving his group.

A number of companies linked to Shetty, including NMC Health, the largest hospital operator in the UAE, and payments firm Finablr, are under severe financial pressure this year after short selling company Madi Waters questioned NMC’s financial positions.

The company questioned NMC’s asset purchase prices and capital spending, and said that there was an exaggeration in both cases.

In the 55-page complaint seen by Reuters, Shetty accused former chief executives of NMC and Finablr, their partners and bankers of inflating the companies’ financial statements, arranging “illegal” credit facilities and misusing funds since 2012.

The complaint calls on the Federal Police, the Central Bureau of Investigation and the Financial Crime Agency in India to investigate.

The complaint, which was accompanied by more than 100-page documents, indicates that it was also sent to the Prime Minister’s Office, the Central Bank and other investigative agencies.

A spokesperson for the former chief executives, the Prasanth Brothers and Promoth Mangat, rejected Chetty’s accusations, saying the latter had been largely in control of NMC’s management after he stepped down as CEO in 2017 and that he or members of his family remained on the boards of companies including Finablr.

“These baseless accusations against Prasanth Mangat and Promoth Mangat are a ridiculous attempt to divert attention from the skills and the real added value that they have provided for the success of NMC and Finabler … and Shetty’s role in what happened,” the spokesman said in a statement emailed to Reuters.

Bank of Baroda and Federal Bank, whose names appeared in the complaint, did not respond to a request for comment from Reuters. The Central Investigation Office, the Financial Crime Agency, and the Prime Minister’s Office did not respond to requests for comment. The central bank also declined to comment.

London’s High Court placed NMC under administrative guardianship in April after it reported $ 6.6 billion in debt.

In March, the London-listed Finablr announced it was preparing for possible bankruptcy and warned a month later that its debt could be about $ 1 billion more than previously announced.

Shetty, who is currently in India, faces a criminal complaint in Abu Dhabi and is fighting legal battles in India and Dubai as banks seek to recover loans from his companies.

In April, the UAE central bank ordered banks to freeze the accounts of Shetty and his family, sources told Reuters.

“We have provided all the evidence in the complaint, which if anyone examines it will discover with clarity that Dr. Shetty is innocent and everything that happened while he was there, was behind his back, unfortunately,” Zulfiqar Maimon, Shetty’s lawyer, from MZM Legal said.

Maimon said that the complaint was submitted after an internal investigation that lasted for a month and that investigation agencies are examining it.

These were the details of the news Shetty calls for an investigation with the chief executives of “NMC”... for this day. We hope that we have succeeded by giving you the full details and information. To follow all our news, you can subscribe to the alerts system or to one of our different systems to provide you with all that is new.