What will Apple reveal at the launch of the new iPhone... 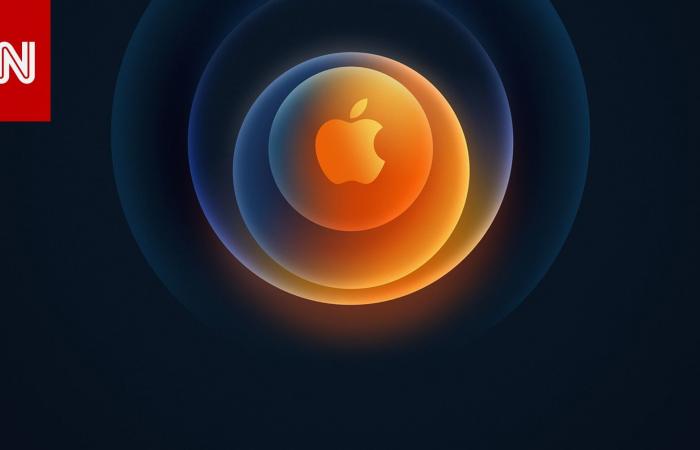 Dubai, United Arab Emirates (CNN) – Finally, Apple is preparing to announce new iPhones, after weeks of delays and disruptions linked to the outbreak of the Corona pandemic.

Invitations to the event on the 13th of October included the phrase “hello to speed”, in reference to expectations that have spread for some time about the ability of the new phone to connect to the new 5G wireless network that is currently being launched by telecom companies in the United States and abroad.

Despite its modernity, the new network promises to provide faster connection speeds when fully operational, as in addition to phones, the new technology will pave the way for more connected devices, such as the development of self-driving cars, virtual reality, smart city technologies and robots connected to the network through the new network.

Apple is a bit behind in adopting 5G technology, as the new iPhone will join the growing list of options from Google, Motorola, Samsung, Huawei, LG and others.

However, the iPhone may be able to retain its loyal fan base, as some analysts expect it to generate a “super-cycle” of device updates, which could drive more than usual to buy it.

Apple is expected to give its users more options than usual with the latest lineup of smartphones, as the company prepares to launch 4 new types of iPhone on Tuesday, ranging in size from 5.4 inches to 6.7 inches, according to analysts and multiple news reports.

Apple has committed to 3 types of phones launched in recent years, with one basic phone and two more expensive phones with more cameras and better displays.

But this time, a fourth, more basic model with a smaller screen, the rumored iPhone mini 12, may help target consumers who are more price conscious.

Apple may use the 5G feature to justify a slightly higher price for the iPhone 12, but expectations to launch 4 different types of phone instead of 3 may also mean more options are available at more affordable prices.

These were the details of the news What will Apple reveal at the launch of the new iPhone... for this day. We hope that we have succeeded by giving you the full details and information. To follow all our news, you can subscribe to the alerts system or to one of our different systems to provide you with all that is new.