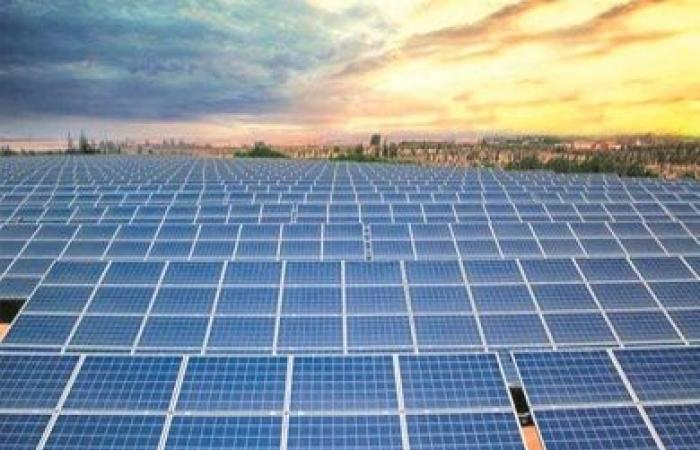 A team of researchers at the University of Illinois in the United States has developed a new technology to increase the production of solar panels.

According to the scientific journal “Physical Science”, the study team created multi-layer panels that can increase the amount of energy they generate by 1.5 times more compared to conventional silicon panels.

The “Science Daily” website, which specializes in technology, quoted the researcher Holonyak Micro, a specialist in electrical and computer engineering, as saying that “panels made of silicon can convert twenty percent of the sun’s light energy into usable electricity, but we have already made the most of silicon, and thus.” Other means had to be found to increase the efficiency of solar energy generation in order to make it more attractive to producers and consumers. ”

The study team, led by engineer Mingo Larry Lee, used a new semiconductor material, calcium arsenide phosphate, and incorporated it into silicon, due to the chemical compatibility between the two materials. The two materials are distinguished by their ability to absorb light rays, but the new material reduces the waste of thermal energy during the generation of electricity.

Larry Lee says that while calcium arsenide phosphate is effective and stable, it is very expensive, so the use of panels made entirely of this material will make it more expensive and reduce its economic viability, and from there the idea of ​​combining it with silicon came down to low cost.

Larry Lee said that any station that uses the new technology will get 1.5 times more energy, and it allows the average user to allocate less surface area for the building in which they live to generate power.

He emphasized that the new technology is still facing marketing problems, but he hoped that producers and consumers alike would realize the value of using the new material, which is characterized by stability in improving performance.

These were the details of the news Egypt News | New science and technology / technology to... for this day. We hope that we have succeeded by giving you the full details and information. To follow all our news, you can subscribe to the alerts system or to one of our different systems to provide you with all that is new.