Apple resolves the controversy over the expected iPhone 12 .. The... 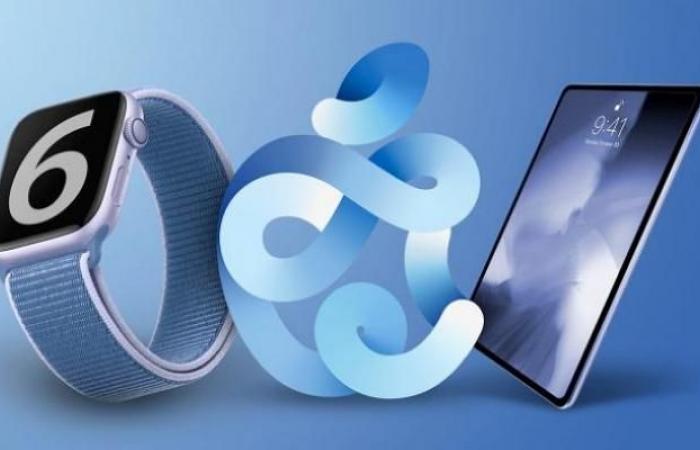 The “Apple” group on Tuesday launches the expected “iPhone 12”, its first smart device equipped with the fifth generation technology, in a move that was delayed by more than a year compared to its two main competitors, “Samsung” and “Huawei”.

This launch comes at a time when the new generation of communications began to spread on a larger scale, although it did not introduce any major changes in the daily uses of consumers or companies.

Stephen Mears, an analyst at Futuresource Consulting, points out that the US giant has maintained its usual “slowing” approach of working and “taking steps to achieve leadership in the market rather than catching up.”

And Apple announced its marketing event with a short slogan, “Hi, Speed” (hello to speed), which apparently refers to the great speed provided by the fifth-generation communication technology.

In covered areas, users notice the difference in the speed of uploading content with new technology. In the long term, the new telecommunications infrastructures will have uses in various fields, including autonomous vehicles, augmented reality technology, and smart health services.

“Last year, there was no use case or spread of the network,” Mers explains. “The situation has not changed much in 2020, but Apple does not want to be delayed two generations in terms of fifth generation devices.”

5G transmitter antennas have become widespread in some parts of Asia. Technology now covers the largest Chinese cities, and 90% of the South Korean population lives in areas covered by the service, according to “Futuresource”.

The group specializing in consulting services expects sales of 5G-equipped smartphones to increase from 145 million devices in 2020 to 303 million in 2021, and 515 million in 2022.

A necessity for the Chinese market

Avi Greengart of “Technspotenchel” confirms that the American giant “definitely needs the fifth generation now, not for the United States but for China, as this technology has become a decisive factor in the purchase decision.”

Next year, more than half of the devices sold in China will be equipped with this technology.

Mers says, “In North America, the infrastructure for this technology is still lagging behind the Asian markets, but the rate of penetration of 5G phones to the market is expected to increase significantly in 2021, reaching 70%, compared to 37% in 2020.”

Trade tensions between Washington and Beijing have delayed the deployment of this technology in the West, after restrictions imposed by the United States on dealing with “Huawei”, the leading Chinese group in the field of 5G infrastructure.

In addition, the US telecoms groups that have invested huge sums in this area need products that would justify this amount of expenditures.

Patrick Moorehead of More Insights and Strategy says telecom operators are “looking at 5G iPhones to get them active in the United States.”

South Korean “Samsung” and Chinese “Huawei”, the two largest smartphone sales companies in the world, launched their first models of 5G devices in the spring and summer of 2019.

Based on rumors and expert leaks, Apple may offer four models of iPhone 12 on Tuesday, all with fifth generation technology, at basic prices ranging between $ 700 and $ 1100.

“Apple and its Asian suppliers are anticipating the growing demand for phones with a screen size of 6.7 inches,” said analyst Dan Ives of “Wedbush Securities”.

The upcoming event, he says, will be a “contract launch” for iPhones.

It is estimated that “Apple” may sell more than 75 million devices. The analyst believes that more than a third of the 950 million iPhones currently in use in the world, or 350 million devices, may be replaced by their owners for newer models in the coming months.

Ives explains that “China remains the main ingredient for Apple’s success,” because “20% of device switching operations will take place in this region next year.”

The global smart phone market recorded a “collapse” in the second quarter of this year, according to the company, “Canalis”, as sales fell by 14% to 285 million devices, after a decline also in the first quarter.

Apple faced production delays during the Covid-19 pandemic, which has caused disruptions to many companies’ supply networks. However, its sales continued to grow against a decline in those recorded by its two major competitors.

Apple has also strengthened its services to increase the attractiveness of its products (phones, tablets, computers, smart watches and headphones), with a system of platforms that allow tracking news, storing data and entertainment.

Last month, it launched a new Apple One subscription for its streaming services, music and video games, and its cloud computing service.

These were the details of the news Apple resolves the controversy over the expected iPhone 12 .. The... for this day. We hope that we have succeeded by giving you the full details and information. To follow all our news, you can subscribe to the alerts system or to one of our different systems to provide you with all that is new.