The price of the dollar in Egypt today, Sunday, October 11,... 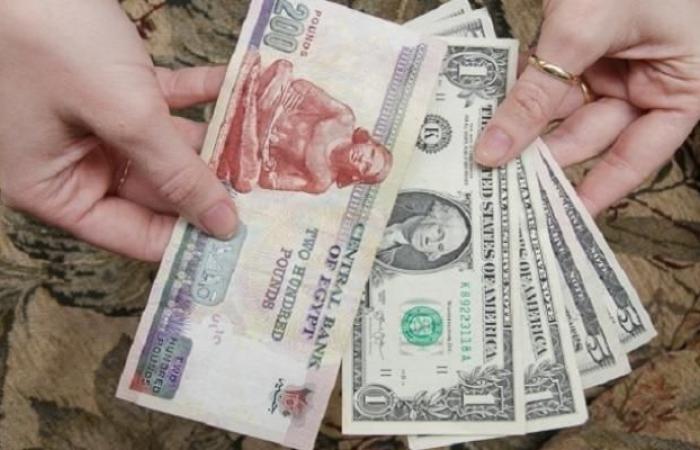 The price of the dollar in Egypt decreased against the pound today, Sunday, in some banks operating in Egypt, while the price of the green currency in the Central Bank of Egypt stabilized at 15.66 pounds for purchase and 15.76 pounds for sale.

The dollar retreated by one penny against the pound (one pound = 100 piasters) in 5 banks: Attijariwafa International, Alexandria, The United Bank, the International Arab Bank and the Arab African Bank.

The price of the dollar scored 4 different levels in Egyptian banks, with a difference of 3 piasters between the highest and lowest price.

Yesterday, the results issued by the Central Agency for Public Mobilization and Statistics in Egypt showed that the general consumer price index recorded 107.5 points for the month of September 2020, maintaining the general level of August prices, to record the monthly inflation rate “zero” during the past month.

The statement stated that the annual inflation rate for all of Egypt was 3.3% for September 2020, compared to 4.3% for the same month of the previous year.

Earlier, the Central Bank of Egypt announced that Egypt’s foreign exchange reserves had risen to 38.425 billion dollars last September, compared to 38.366 billion dollars at the end of last August.

The highest price of the dollar came at 15.68 pounds for purchase and 15.78 pounds for sale in 5 banks, which are Abu Dhabi Islamic Bank, National Kuwait, Greece’s National Bank, Egypt Export Development, and Egypt Iran Development.

The lowest price for a dollar

The lowest price for the dollar came at 15.65 pounds for purchase and 15.75 pounds for sale in the Commercial International Banks, Alexandria, The United Bank, the International Arab Bank and the Arab African Bank.

The dollar recorded a higher price of one penny at 15.66 pounds for purchase and 15.76 pounds for sale at Suez Canal Bank.

The Kuwaiti dinar recorded 48.76 pounds for purchase and 51.53 pounds for sale, on the National Bank of Egypt screen.

These were the details of the news The price of the dollar in Egypt today, Sunday, October 11,... for this day. We hope that we have succeeded by giving you the full details and information. To follow all our news, you can subscribe to the alerts system or to one of our different systems to provide you with all that is new.