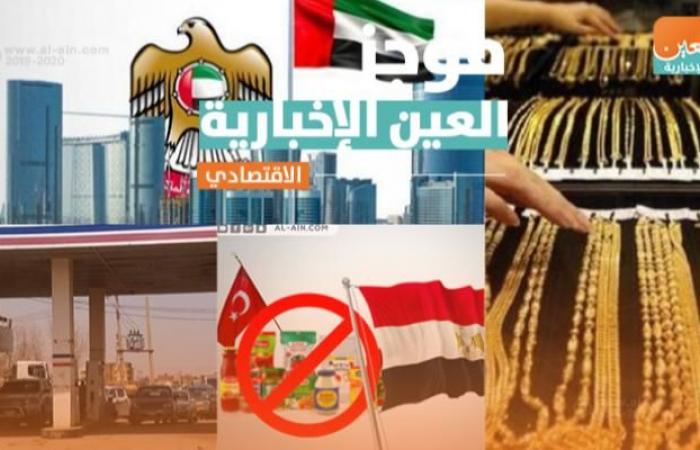 “Al Ain News” monitors the most prominent events in the field of economics, in the framework of providing a distinguished service to the reader that covers the important events of the sector at the regional and international levels.

The Sudanese Ministry of Energy and Mining revealed this evening the government’s steps to implement the decision to liberalize fuel prices, which it took a long time ago and was not implemented.

Several Turkish companies have acknowledged the severe damage they have suffered from the popular boycott campaigns aimed at stopping the purchase of their products in Saudi Arabia, and the concerned parties have begged for a solution that will save them.

Gold prices declined in Egypt, today, Saturday, in the middle of trading in goldsmiths’ stores, and the price of a gram of the 21-carat precious metal decreased by about 12 pounds at once, compared to the price level at the beginning of morning trading.

The performance indicators of the industrial sector in Abu Dhabi during the first half of 2020 achieved an increase in the number of new industrial licenses, compared to the same period last year.

The American technology giant “Microsoft” decided to allow its employees to work from home permanently, but with the stipulation that people who choose this give up the space allocated to them in the headquarters of the American giant.

A Canadian judge denied access to classified documents, the daughter of the founder of the Chinese giant Huawei group, which caused a new setback in her battle against the possible extradition of them to the United States.

“Zone 2071” – which is supervised by the Dubai Future Foundation, today, Saturday, launched 3 pilot projects in the field of financing emerging technology companies.

These were the details of the news Al Ain Economic News Brief … fuel liberalization in Sudan and... for this day. We hope that we have succeeded by giving you the full details and information. To follow all our news, you can subscribe to the alerts system or to one of our different systems to provide you with all that is new.