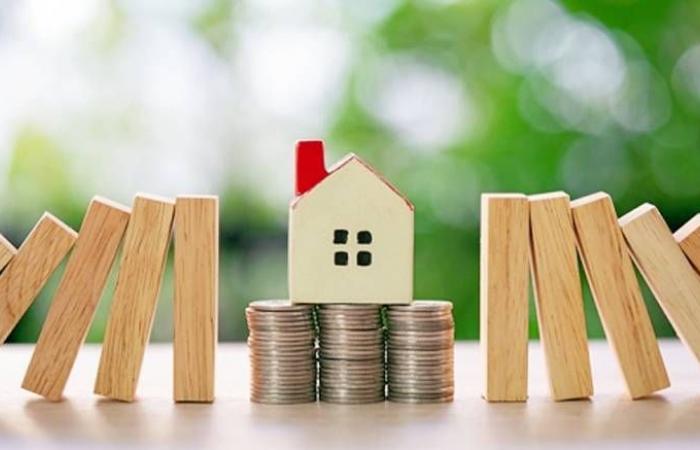 The housing sector emerged as one of the winners from the Coronavirus crisis, with a strong rise in house prices, which was not expected for many observers at the beginning of the epidemic. Although the housing market was not the focus of the current economic recession, the economic crisis prompted many observers of real estate markets around the world to speculate about the possibility of a drop in house prices, but the reality indicates that these predictions were not correct in the end, as house prices rose in most countries. Medium and high income during the second quarter of this year.

The data already showed house prices in rich countries rose by an average of 5% in the three months ending in June, year on year. Of the twenty-five major cities around the world, more than half of them were either at risk of a bubble or overvalued in the past four quarters, given signs of a price decoupling from income, and imbalances in the real economy, such as excessive lending and construction activity.

Here are the details

The global economy has suffered a historic blow due to the repercussions of the Covid-19 epidemic, which pushed millions of people into unemployment, with declining corporate investment and shrinking GDP.

However, despite the unprecedented health and economic disaster, the housing sector emerged as one of the winners from the crisis, with a strong rise in house prices that was not expected by many observers at the beginning of the epidemic.

The previous global economic recession during the global financial crisis in 2007 saw real house prices fall by 10% on average, causing trillions of dollars to disappear from the largest asset class in the world. Although the housing market was not the focus of the current economic recession, the economic crisis prompted many observers of real estate markets around the world to speculate about the possibility of a decline in house prices.

But reality indicates that these predictions were not correct in the end, as house prices rose in most middle and high income countries during the second quarter of this year.

The data already showed house prices in rich countries rose by an average of 5% in the three months ending last June on an annual basis.

Of the twenty-five major cities around the world, more than half have been either at risk of a bubble or overvalued in the past four quarters, given signs of a decoupling of prices from income, and imbalances in the real economy such as excessive lending and construction activity.

The UBS index for 2020 showed that the German city of Munich came on top of the cities at risk of a real estate bubble, followed by Frankfurt, Toronto, Hong Kong and Paris, while homes in London, Tokyo and Los Angeles were overvalued, but did not enter the bubble threat stage.

The United States witnessed a nationwide rise in house prices of 4.8% in July compared to a 4.3% rise in June, according to the S&P Core Logic Case-Shiller Index.

Other data issued by the National Association of Realtors revealed that existing home prices in the United States rose 11.4% last August on an annual basis, to record a record 310.6 thousand dollars.

In Germany, house prices witnessed a rise of 11% in the second quarter of this year compared to the same period one year ago, which was repeated in several other European countries.

The rise also appeared in Asia, which forced the authorities in South Korea and China to impose restrictions on the market to slow the pace of the rise in house prices and give consumers the ability to bear the purchase of residential real estate.

Factors behind the ascent


Many factors contributed to the rise in house prices around the world despite the epidemic crisis and the ensuing recession of the economy, the loss of millions of jobs and the uncertainty about the future.

Initially, fear of the epidemic led to a decline in the supply of homes, whether through new construction operations, which were negatively affected in the first months of the emergence of Covid-19, or even a decrease in real estate sales offers, with many people unwilling to sell their homes and move to another Amidst the crisis.

From the height of the epidemic in the United States in mid-March to last September, 2.91 million homes were offered through real estate ads, which is 390,000 less than the supply in the same period one year ago.

The American mortgage rate fell for thirty years to record low levels at 2.9% compared to 3.7% at the beginning of this year, making more Americans able to afford the cost of buying a home.

Fiscal policy also provided support for house prices. In normal periods, which were witnessing an economic recession and a decrease in incomes and people’s jobs, house prices suffered from a significant decline.

Changes in consumer patterns have been another support factor for the real estate market, as the epidemic has increased demand for large homes with large outdoor spaces, and in some cities, such as New York and San Francisco, has caused a trend towards quieter suburbs and away from the crowds.

Will the climb continue?


Despite the increases recorded in the past months, doubts still surround the possibility of the continued rise in house prices in the coming period.

Uncertainty about the development of high unemployment rates and the bleak economic outlook for economies and household income still give many different possibilities regarding house prices in the coming period.

The value of rents has already declined in most major cities, indicating the possibility of corrective price movement, after the disappearance of the impact of government subsidies and aid for families and the economy at the height of the epidemic.

The US Congress failed to reach an agreement on an additional stimulus package to support families, companies and sectors affected by the epidemic, after aid amounting to about 3 trillion dollars that expired last July.

And there have been signs in some countries that governments will reduce economic support plans, threatening to reduce the disposable income of many families, which may reduce the demand for home purchases.

But despite this, the declining supply factor still provides some support to the real estate market, given the decline in construction operations in the United States 17% since the beginning of the epidemic, and the continuing economic recession, which usually coincides with the decrease in new investments in the sector.

Ed Pinto, a former director of credit at Fannie Mae, thinks the house price increase is not sustainable, but it will continue for at least the next six months until the supply starts to rise again, a process that could take some time. (Nationwide, The Economist, Forbes, Fortune, numbers).

The current recession has coincided with the governments of many countries pumping trillions of dollars in aid to families, which has caused an increase in the disposable income of families in the Group of Seven countries by about 100 billion dollars, even though millions of jobs have disappeared. Other government decisions provided for the postponement of mortgage borrowers’ payment of their debts in Spain, Japan, and others, or the prohibition of claiming the recovery of mortgages in the Netherlands, in support of the purchases and prices, accordingly.

These were the details of the news House prices ignore the repercussions of “Corona” … globally! for this day. We hope that we have succeeded by giving you the full details and information. To follow all our news, you can subscribe to the alerts system or to one of our different systems to provide you with all that is new.