The Turkish “central” resorted for the second time to raising interest... 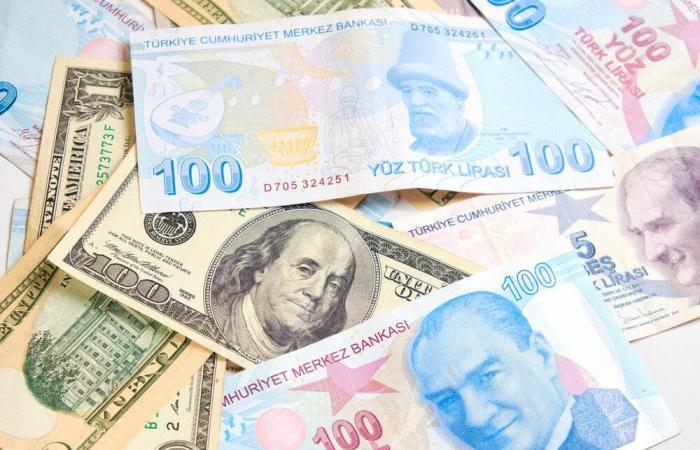 For the second time in less than a month, the Turkish central bank resorted to raising the main interest rate in an attempt to curb the unprecedented decline of the Turkish lira.

The Turkish Central Bank did not wait for the next meeting of the monetary policy committee, which is held in the last week of every month, to consider raising the interest rate again.

The urgent move came from the bank after the dollar’s ​​exchange rate touched 8 pounds yesterday, as well as a response to the continued high inflation rate, which recorded 11.75% in September. Raising the interest rate means curbing borrowing operations, and thus reducing the liquidity ratio in the market, which leads to lowering the rate of inflation.

The Turkish currency has lost 25% of its value this year, mainly due to concerns about the dissipation of the central bank’s foreign exchange reserves and costly interventions in the currency market. But geopolitical concerns are now a major factor.

Analysts believe that the decline of the Turkish currency to 8 lira against the dollar would push it away from its moving average. Any reform would be short-lived due to pressure from the policies of Turkish President Recep Tayyip Erdogan.

The central bank said, in a statement, that the decision to raise the interest rate is a step within the framework of the economic program set by the Minister of Finance and Treasury, Pratt Albayrak, but experts emphasized that it was only an attempt to rebalance the collapsing pound.

The bank was forced to raise the main interest rate on September 24, in an effort to save the pound from collapse after it reached an unprecedented historical low with the continued rise of inflation. The move, which was repeatedly opposed by the Turkish President, resulted in easing pressure on the currency, which recovered a margin of its losses following the issuance of the decision, but deteriorated further two weeks after the decision.

Turkey is expected to post a current account deficit of $ 4.6 billion in August after rising imports, according to a Reuters poll of economists.

Turkey announced a current account surplus of $ 3.34 billion in August of last year. “Reuters”, citing a survey of 12 economists, said that expectations ranged between $ 1.5 billion and $ 4.9 billion.

Turkish imports increased by 20% annually in August, according to data published by the Turkish Statistical Institute. Exports decreased by 5.7%. This discrepancy resulted in a trade deficit of $ 6.28 billion.

The August deficit, when announced, will be the largest since April, when the central bank announced a gap of $ 5.21 billion. The deficit in July was $ 1.82 billion.

Investors say Turkey’s widening current account deficit symbolizes growing imbalances in the economy, which have been exacerbated by worsening government-backed borrowing from businesses and consumers.

Reuters said that economists ’estimates of the current account deficit by the end of the year rose to $ 33 billion in the survey, from the $ 26.5 billion projected in last month’s survey. Projections ranged from $ 31 billion to $ 40.3 billion.

These were the details of the news The Turkish “central” resorted for the second time to raising interest... for this day. We hope that we have succeeded by giving you the full details and information. To follow all our news, you can subscribe to the alerts system or to one of our different systems to provide you with all that is new.