Pandora Jewelers hovered among the gains in European stock exchanges 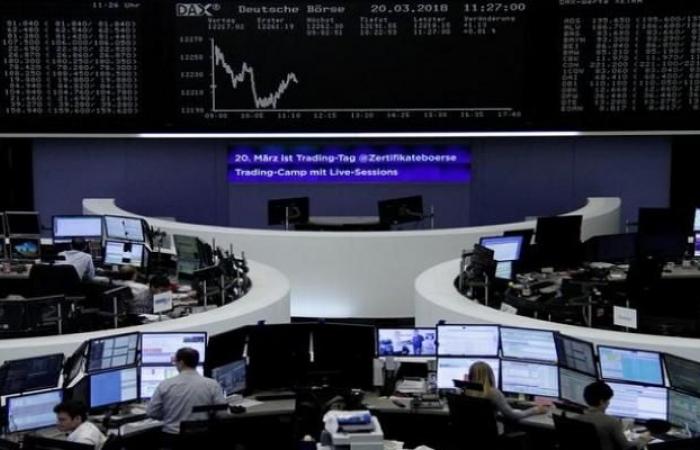 European stocks jumped, on Friday, to achieve the second consecutive weekly gain, while the share of the Danish jewelry company “Pandora” was able to rise by more than 17%, benefiting from an increase in sales.

The rise in European stocks was supported by positive expectations for corporate earnings, as investors’ eyes continued to turn to indications of new US stimulus.

And global stocks won this week on the support of growing expectations that the Democratic Party will win the US elections next month, which raised hopes for more economic stimulus there.

In Europe, local markets were supported by a series of mergers and acquisitions, as well as recovery of stricken sectors such as travel, entertainment, banking, and oil and gas.

Pandora jewelery maker rose 17.2%, topping STOXX 600 today after it raised its earnings outlook on the back of an increase in sales and a big boost to its online selling business.

US House of Representatives Speaker Nancy Pelosi said on Friday that she and Treasury Secretary Stephen Mnuchin planned to hold talks later in the day as negotiations were underway on another federal aid package linked to COVID-19.

Pelosi added in an interview with MSNBC that she hoped the Democrats and the administration could reach a deal soon.

US President Donald Trump said in an interview with Fox News that talks with Congress on aid to alleviate the repercussions of Covid-19 have resumed, and there is a good chance to reach an agreement, but he did not give more details about the possible agreement.

The president abruptly ended the talks earlier this week.

But Nancy Pelosi – of the Democratic Party – played down the prospect of independent bills.

Relations between the Republican and Democratic political parties are likely to become more tense as the presidential election approaches, a subject of intense contention on November 3.

These were the details of the news Pandora Jewelers hovered among the gains in European stock exchanges for this day. We hope that we have succeeded by giving you the full details and information. To follow all our news, you can subscribe to the alerts system or to one of our different systems to provide you with all that is new.