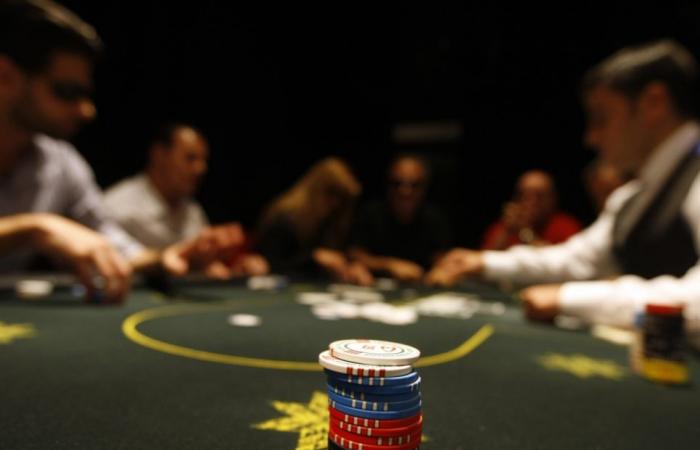 “If Monday is not Thursday,” it has become a “slogan” from the past. Depending on luck just two days a week is not enough. Today’s “stage slogan” is: “From Monday to Sunday.” Nobody knows when luck smiles. According to the gamblers’ “logic”, “if you try, you don’t win.” And the experience is no longer limited to buying a lotto card for 2,000 pounds, but rather by playing All In and “short”. According to what the “experts” in this field say: “You want to put down a lot to start a lot.” In the end it must be engraved ».Casino du Liban has its “loyal” pioneers in periods of ease as well as during hardship. However, the economic crisis has increased its turnout remarkably, to the point that “it now requires that many people remain outside and close the doors for an hour or two until the congestion in the halls subsides,” according to the casino’s board chairman, Roland Khoury, stressing that “historically”, the casino’s turnout increases. In a period of crisis. Thus, in light of the monetary collapse, the spread of the epidemic and the disaster of the port explosion, the casino demand increased “by 30% compared to last year, taking into account the conditions of social distancing, which had not been followed, the percentage would have jumped to 50%.” The casino opening times due to “Corona” have affected the number of players. According to Khoury, “Business has dropped significantly due to the closure. And it went up nicely when we opened the casino in June until 10 pm. However, after we extended the closing time until 4 am, starting in July, the turnout became excellent. ”
But who caused this increase: those who are not in the condition of those who are looking for a penny “out of a cloud” or “twine” of roulette, or more affluent social groups? A question to which Khoury does not have a definitive answer. Despite his assertion that “the large increase in visitors leads us to think that people with limited financial means are visiting the casino in a remarkable way, but he assumes the research if one of the causes of this outburst is people spending dollars that they receive from abroad or those that they have hidden in homes?”

150 thousand dollars is not enough!
Lotto demand has generally decreased since last October 17. This decline may not only be linked to a decrease in purchasing power and thus the difficulty of dispensing with 2000 pounds as the price of the lotto card, but also for psychological and practical reasons that the banks bear a part of.
General Director of the “Lebanese Games of Chance” George Gharib explained that “Lotto sales decreased by 50% after the popular uprising in mid-October, and then due to Corona and the comprehensive closure of the country for long periods.” However, the collapse of the lira’s exchange rate also has its role in limiting the attractiveness of the lotto, as many prefer not to waste their luck “on the cheap”, according to what one of the currently retired lotto players says, or “the one who takes an open leave” as he likes to describe his current situation. For him, “the grand prize was worth one million dollars, but now it is barely worth 150 thousand dollars.”
According to Gharib, the banks’ seizure of people’s deposits affected the enthusiasm of the lotto players, “because we hand over prizes through banks that allow limited withdrawals even in Lebanese pounds.” However, about 3 weeks ago, “and in order to avoid this obstacle, we hand over the money in cash to the winners.” This led to an increase in the demand for lotto, and after the company recorded a 50% decrease in its business after October 17th, this decrease today is 20%.

Betting
The stakes are sweeping the southern suburbs of Beirut, where unemployment is consuming large numbers of young people. A worker at ALCAR reveals that “online betting was mainly based on sports and football matches, but things have expanded more now and it has become more like a casino in every sense of the word, as the gaming sites have increased the number of games they provide, so that the number has become more than a hundred . In short, the bet is on everything you can imagine. ”
The crash that toppled the banking sector significantly increased the illegal bookmaking business. In the past, those who wanted to bet could use their bank card, and the profits were directly entered into his bank account. A matter that has become impossible now for many, who are now dealing with illegal bookmakers that “receive and receive money via delivery out of respect for social distancing and to prevent Corona.”
There are currently 6 exchange rates approved in illegal bookmakers: either betting in pounds or dollars on the basis of 1,500 pounds, 3 thousand pounds, or 5,000 pounds (meaning that the profit doubles one and a half times, three or 5 times, as well as the loss), and finally betting in cash. That is, you pay a dollar and take a dollar.

The casino is forced to close its doors before introducing any new players, while the crowds in the halls subside

Ali, one of the bookmakers, refuses to consider himself a gambler. What he does “is a work that requires research and investigative efforts and close press follow-up around the clock. Every single piece of news can make a difference. There are accurate calculations and the matter is not far from the mouth. I challenge if any sports journalist owns a quarter of my sports culture. ”
“Because the losses are successive, they are no longer of value to the meaning of loss,” says psychotherapist Martin Zogby Abu Zaid, as “the Lebanese have lost everything: their deposits in banks, their homes and relatives in the port explosion, the losses continue and the loss of additional money due to gambling no longer means anything. ». Not to mention that with “the deterioration of the price of the pound, the gambler started thinking that 100,000 pounds are no longer worth anything.” In addition, according to Abu Zeid, “The existence of a basic motive for playing is amusement and entertainment due to Corona’s pressures, economic conditions and their psychological repercussions on them. These are not necessarily all looking for material profit, but rather for a sense of joy that profit generates, even if for a limited period. ”

These were the details of the news Casino pioneers increased 30% over last year for this day. We hope that we have succeeded by giving you the full details and information. To follow all our news, you can subscribe to the alerts system or to one of our different systems to provide you with all that is new.