“Wall Street” switches allegiance in favor of renewable energy … “Next... 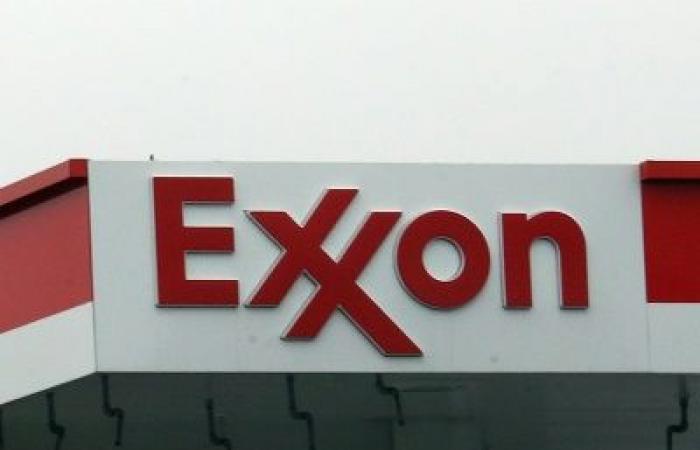 After decades of adopting fossil fuel companies, it appears that Wall Street has switched allegiance in favor of renewable energy, in a major shift in the destiny that awaits both the renewable energy company, Next Ira Energy, and the oil company, ExxonMobil.
Next ERA (meaning the coming era), which is Florida-based and a major player in the field of wind and solar energy, has surpassed the global oil giant as the US energy company with the largest market value.
Next ERA’s market value was $ 145 billion, compared to ExxonMobil’s $ 142 billion, in a new indication of the decline in the position of the Texas-based oil giant, which was removed this year from the prestigious Dow Jones Index after more than 90 years.
Peter McNally, an energy expert at Third Bridge research firm, notes that the rise of Next Ara and other companies focusing on renewable energy is not just a fleeting trend.
“I have witnessed the emergence and disappearance of popular trends related to alternative energy over the past decade, and I am sure that people will question the price that many investors have paid for the revenues that are generated,” he said.
He added, “They are in the right place at the right time.”
– Tesla as a model – Established in 1925 in Florida, where it still supplies five million homes with electricity, has invested in wind and solar technology since the 1990s.
These investments are paying off due to the great technological development that has been achieved in the field of renewable energy.
“The production of electricity through alternative energy sources has come to compete with traditional sources such as coal and natural gas,” McNally said.
He added, “If these investments had been made ten years ago, their results would have likely differed, as generating energy from wind and solar has become much less expensive.”
“Next Era” is the largest producer of wind energy in North America and one of the leading producers of solar energy in the United States.
Another factor that is no less important is the increased focus of investors on climate change and their inclination towards companies that embrace the idea that renewable energy sources will become the biggest player in the energy equation.
It is no secret that a similar opinion was behind the transformation of “Tesla” into the car company with the largest market value, overtaking “General Motors” and “Ford” despite the fact that the two traditional companies sell much more cars.
In 2019, Next Era recorded a profit of $ 3.8 billion, with revenues of $ 19 billion. In the same period, ExxonMobil recorded profits of $ 14.3 billion and revenues of $ 265 billion.
The decline of “ExxonMobil” coincides with the gloomy outlook for oil prices in the wake of the Covid-19 crisis and the continuing uncertainty about demand.
These driving forces have made ExxonMobil’s strategic decisions look bad in recent years.
The oil giant invested about $ 80 billion between 2017 and 2019, as about a third of the amount was allocated to investments in US shale oil in an effort to increase production by one million barrels per day by 2024. But given the crisis in the sector, these goals seem far-fetched.
With the plunge in oil prices, ExxonMobil slashed its investment budget for the current year.
In return, Next Ira benefited from the regulated electricity prices and the stability of consumption. Two-thirds of its revenue is related to the electricity supply.
Between this steady source of revenue and its experience in storing wind and solar energy, Next Era is “in a position to transition into a world of renewable and emissions-free energy generation,” according to Adnan Bischoff, analyst at Morningstar.
“Investors definitely appreciate this kind of carbon record,” he added.

These were the details of the news “Wall Street” switches allegiance in favor of renewable energy … “Next... for this day. We hope that we have succeeded by giving you the full details and information. To follow all our news, you can subscribe to the alerts system or to one of our different systems to provide you with all that is new.