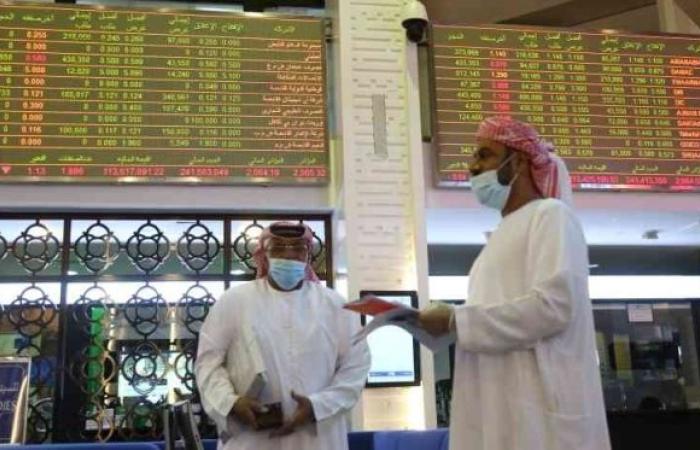 Shares closed in the green square at the end of yesterday’s session, and their market capital gained more than 1.7 billion dirhams, supported by selective purchases, targeting some leading stocks in the real estate, banking and telecommunications sectors, before the start of the mid-results marathon, while anticipation continued to control investor sentiment, waiting The Dubai market increased marginally by 0.07%, or 1.59 points, to reach 2,214.32 points, with the growth of real estate, banking and investment stocks, while the Abu Dhabi market rose 0.4%, or 17.98 points, to close at 4,512.51 points, with the rise in bank shares. Real estate, communications and investment.

First Abu Dhabi leads the activity, attracting 81.6 million dirhams, followed by Al-Dar with 61.1 million dirhams, then Al-Alamiah Holding with 57.4 million dirhams. Agthia achieved the largest increase by 8.48%, while Emirates Driving was the lowest, by 4.95%. Arab and Gulf investors and citizens began to buy, with a net investment of 63.91 million dirhams, while foreign investors moved towards liquidation.

* Agility Public Warehousing has subscribed 6.15 million shares, approximately 12 million Kuwaiti dinars, in Hyliion, through Cooley Capital, but it has not yet obtained confirmation of participation, nor has it received share certificates.

* Methaq Takaful Insurance Company announced the resignation of Noura Al Mazrouei as a member of the Board of Directors, and the appointment of Khawla Al Hammadi to replace her.

These were the details of the news Selective purchases give shares of 1.7 billion dirhams – Economic –... for this day. We hope that we have succeeded by giving you the full details and information. To follow all our news, you can subscribe to the alerts system or to one of our different systems to provide you with all that is new.