Stocks swing … and Etisalat settles in the Abu Dhabi market... 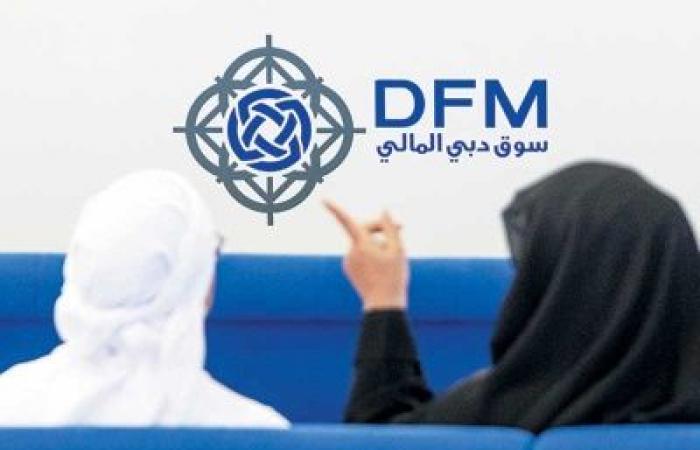 Abu Dhabi: Muhannad Dagher
Investors gave some real estate shares only one day to rise, until most of them returned to decline on Wednesday, especially in the Dubai market, whose index fell 0.57%, while the Abu Dhabi market managed to rise only 0.26%, with the support of “Etisalat” and “Abu Dhabi Commercial”, to remain so. Markets are hostage to caution and anticipation.
The trades generally relied on buying and selling, in an indication of the unwillingness of traders to keep the stock for a long time until the vision becomes clearer in the markets, noting the red closings of 30 companies, in contrast to the rise in shares of only 11 companies.
The market recorded a liquidity of 467.7 million dirhams, of which 140.6 million dirhams in Dubai, and 327.14 million dirhams in Abu Dhabi, and the traded quantities of shares 333 million shares, distributed by 237.9 million shares in Dubai and 95 million shares in Abu Dhabi, and this came through the implementation of 5261 transactions.

The Abu Dhabi market index closed with gains of 0.26%, reaching the level of 4494.52 points, after the sectoral indices rose for banking, communications, investment and commodities stocks.
The banking sector increased marginally by 0.09%, with Abu Dhabi Commercial rising 1.28%, against the stability of “First Abu Dhabi” and the decline of “Abu Dhabi Islamic” 0.72%.
The telecom sector rose 0.96%, with the stock of “Etisalat” increasing by the same amount. The investment sector also rose slightly by 0.07%, after “International Holding” rose 0.31%, “Ishraq” 0.68%, while “Waha Capital” fell 1.96%.
On the other hand, the energy sector decreased 0.4%, with Dana Gas declining 0.71%, and ADNOC Distribution 0.29%, while TAQA stabilized without change.
The real estate sector also stabilized with the share of «Aldar» maintaining its previous closure, as well as «Ras Al Khaimah Real Estate».

These were the details of the news Stocks swing … and Etisalat settles in the Abu Dhabi market... for this day. We hope that we have succeeded by giving you the full details and information. To follow all our news, you can subscribe to the alerts system or to one of our different systems to provide you with all that is new.