The worst year in human memory … a bleak future for... 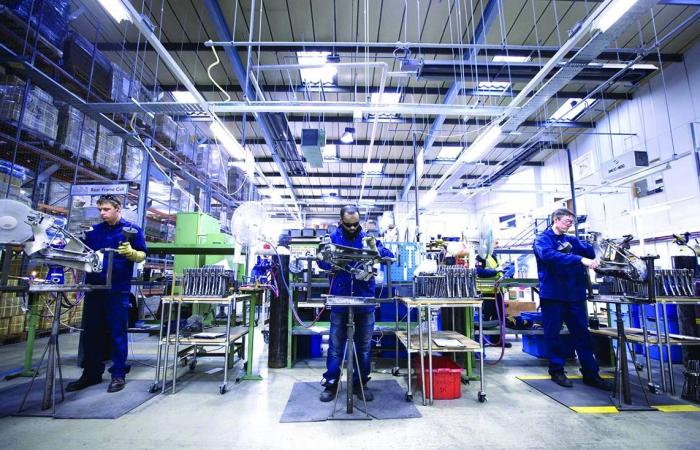 The global economy enters the last quarter of the worst year it has passed in the living memory of humankind, and it faces great risks, in light of the continuing pandemic of the new Corona virus, inflicting more damage on labor markets.
And Bloomberg News Agency says, “The bleak outlook for the American job market, the suspension of the wage subsidy program in Britain, and the end of the moratorium on declaring bankruptcy of troubled companies in Germany present a darker picture of the future of the labor market in the world.” And according to the estimates of the International Labor Organization, the world He will lose hours of work equivalent to about 245 million permanent jobs during the last quarter of this year.
The last quarter of the year began with a bad omen, as several major companies from Walt Disney Media and Entertainment to Royal Dutch Shell Energy and German Continental Auto Components announced last Thursday that thousands of jobs would be cut in just 24 hours. The next day, the US Labor Department revealed that job growth in the United States had slowed in September, at a time when more Americans gave up looking for work.
In addition to this questionable news, the main program to support wages with British companies will end later this month, while one of the main business organizations there said, “It expects to write off more than 60 thousand jobs during the coming weeks with the end of this program,” according to What was quoted by “German”.
At the same time, the renewed rise in the number of people infected with the new Coronavirus in major economies indicates the weak state of these economies that have not yet recovered from the losses of the first wave of the pandemic, as the recent outbreak of the virus in the French capital Paris – for example – led yesterday, to the announcement of re The closure of cafes for a period of two weeks, starting today, could lead to the re-closure of restaurants, and the same situation is repeated in London, according to local health officials.
Tim Aurelick, chief economist at Bloomberg News, says, “The occurrence of a new wave of the Corona pandemic, the mass job cuts in major American companies, and the end of the wage subsidy program in Britain, confirms the risk of high unemployment rates in the world by the end of this year.” . The bad news for the urgent future outlook is also bad news in the medium term, with the intensification of fears that the economic recovery will falter as a result of deteriorating world market conditions, even after the discovery of an anti-Corona virus vaccine.
The US Federal Reserve published last Wednesday the minutes of the meeting of the Open Market Committee on the Management of Monetary Policy on September 15 and 16, where it referred to the details of discussions about the new committee’s directives regarding the conditions that will make it necessary to start increasing the interest rate. America is near zero percent now.
The minutes also indicated that US monetary policy makers discussed the idea of ​​increasing bond purchases to inject more cash into the US economy, as well as continuing strict restrictions on cash distributions to banks.
Attention is directed to the Asia-Pacific region to monitor indicators of future economic developments, as the Central Bank of Australia will announce next Tuesday its decision on interest rates, while Prime Minister Scott Morrison is expected to announce a new economic stimulus package that includes spending on infrastructure projects and tax cuts with a view to The Australian economy recovered from its first recession in nearly 30 years.
Also, Haruhiko Kuroda, Governor of the Bank of Japan, plans to address a conference next week, where he will address indicators of economic recovery and price expectations.
Markets are also awaiting the statements of European Central Bank officials, including Christine Lagarde, the bank’s president, and Philip Lynn, chief economist, this week, as it will be an opportunity to monitor any indications of whether the recent disappointing inflation data for the euro area will be sufficient to reinforce calls for the launch A new package of economic stimulus measures.
Investors are awaiting the comments of the Bank of England officials to see if there is an intention to cut rates to less than zero percent. The same thing is repeated for northern European countries, especially after Oysten Olsen, Governor of the Norges Bank, surprised the markets with more pessimistic comments than expectations last month.

These were the details of the news The worst year in human memory … a bleak future for... for this day. We hope that we have succeeded by giving you the full details and information. To follow all our news, you can subscribe to the alerts system or to one of our different systems to provide you with all that is new.