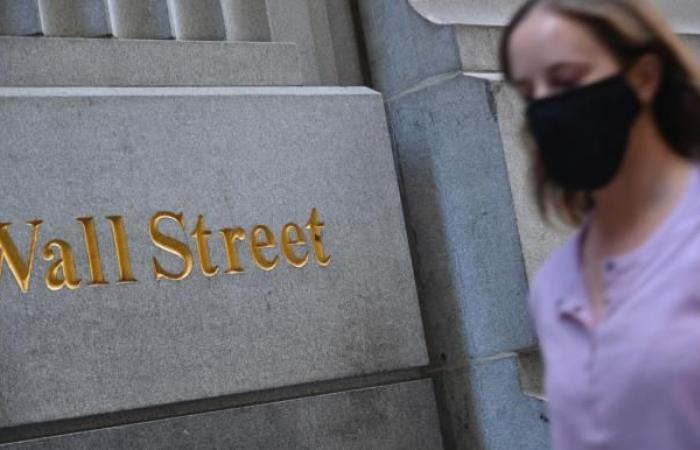 The economic repercussions of Corona are still series, with the expansion of the pandemic of this deadly virus, as mountains accumulate Debts And losses, governments are taking andCompanies Strict austerity measures, and countries began to pour billions into rescue schemes to stop the bleeding of losses.

In the context, the survey showed that the economic recovery in the euro area had faltered in September due to the decline of the services sector that dominates the economy of the bloc as a result of re-imposing some restrictions on activities to prevent a new spread of the Corona virus, bearing in mind that the high rates of infection in the region, which concluded A Reuters poll last month found it the biggest threat to the recovery, alarmed policymakers who hoped the bloc’s economy was recovering after a historic contraction of 11.8 percent in the second quarter of the year.

To shore up the economy, he intends European Central Bank The purchase of additional assets linked to the pandemic worth 1.35 trillion euros, and the European Union has announced a recovery fund of 750 billion euros that will be launched next year. However, this did not prevent the final reading of the IHS Market Composite Purchasing Managers’ Index, which is considered a good measure of the strength of the economy, to 50.4 in September from 51.9 in August, approaching the 50 level that separates growth from contraction.

The decline came under the influence of the services sector PMI, which accounts for nearly two-thirds of GDP, which fell to 48 from 50.5 in August, albeit slightly better than a preliminary estimate of 47.6.

In Germany, today’s survey showed that the services sector did not grow in September, but the strength of the manufacturing sector helped the private sector in Europe’s largest economy remain on a path leading to a solid recovery in the third quarter. The final reading of the IHS Market Purchasing Managers’ Index in the services sector fell to 50.6 from 52.5 in the previous month.

In Britain, a large survey today showed that the country’s economy last month proved to be more robust than initially thought despite tightening public isolation measures and the suspension of temporary government subsidies for activities such as restaurants and bars. The IHS Market / CIBS Purchasing Managers’ Index for the services sector, which does not include retail trade, fell to 56.1 in September from a 5-year peak in August of 58.8, but the decline was less than An initial reading estimate of 55.1.

The composite PMI, which includes manufacturing data released last week, fell to 56.5 from a six-year high recorded in August at 59.1, which is also lower than in an initial reading.

Monday’s survey showed investor sentiment in the euro area declined in October, halting a five-month streak of improvement, in an indication of concerns about the increasing frequency of coronavirus cases. The Sentex Euro area index fell to -8.3 from -8.0 in September, compared to Reuters’ forecast for a reading of -9.5.

The status quo index rose to -0.32 from -0.33 the previous month, reaching the highest level since March, when Germany imposed isolation measures and social restrictions to slow the spread of COVID-19. The outlook index fell to 18.8 from 20.8, the lowest level since May, in a sign of concern about a possible growth of infections during the winter months.

British losses in the billions

In the United Kingdom, recent estimates by “Baker MacKenzie” revealed that Britain may incur billions of dollars in losses annually for a decade due to the “Corona” pandemic and the failure to reach a Brexit agreement with the European Union, according to Reuters.

According to the report, the gross domestic product of the United Kingdom may incur losses of 134 billion pounds (174 billion dollars) annually over 10 years due to “Brexit” and the Corona pandemic.

He explained that the Corona pandemic would reduce Britain’s gross domestic product by 2.2 percent, below expected levels before the outbreak of the virus, and that its exit from the European Union even with a trade deal would reduce GDP by 3.1 percent in the long term compared to the hypothetical scenario that indicates its continuation. In clustering united. In the event that Britain leaves the European Union without an agreement, the GDP will decline 3.9% in the long term.

In Mexico, the government announced a plan to invest nearly $ 14 billion in infrastructure on Monday as part of President Andres Manuel Lopez Obrador’s efforts to repair strained relations with businessmen and sack the economy from its stumbling block.

The announced package is almost entirely privately funded, and it is the first clear indication that businessmen are willing to invest under the presidency of Lopez Obrador since the Coronavirus pandemic plunged Latin America’s second-largest economy into its most severe recession since the Great Depression.

The government explained that the plan includes about 39 projects, including the revival of a railway project between Mexico City and Queretaro in the center of the country and investments by the national oil company Pemex. Lopez Obrador unveiled the plan, worth more than 297 billion pesos ($ 13.83 billion), during a press conference that was dominated by a conciliatory tone toward the business community.

Mexico’s economy is expected to contract by 10% or more this year, while Lopez Obrador is curbing public spending to prevent debt.

The giant American oil company, “Exxon Mobil”, said it plans to reduce the European workforce by up to 1600 people in the company’s various branches by the end of 2021 as part of a global review. Exxon explained that the amount of the reduction in each country will depend on the size of its local activity and market conditions, after the Covid-19 pandemic hit demand for its products and following the decline in crude prices.

Major oil companies are laying off employees, cutting spending and curbing dividends, in order to provide liquidity in light of dark speculation over energy prices, which are expected to remain weak for years. Last month, Exxon announced voluntary layoffs in Australia and said job cuts would continue globally until 2021.

A study by “Deloitte” showed that 3 quarters of the jobs lost in the petroleum and chemicals sector in the United States will not return until the end of next year. According to Bloomberg, the study showed that the collapse in oil demand and prices caused the fastest rate of layoffs in the oil and chemical industry in history, with about 107,000 jobs lost during the period from March to August.

The vice-chairman of the board of directors of “Deloitte” and the director of the American oil, gas and chemicals division, “Diwan Dickson” said that this number may be higher when taking into account vacations and other measures. The company expects to recover 30 percent of the lost jobs by the end of 2021, assuming average oil prices at around $ 45 a barrel and the average price for natural gas at $ 2.5 per million British thermal units.

In Jordan, official data showed that Jordan’s economy contracted by 3.6 percent during the second quarter on an annual basis, with activity shrinking due to the Covid-19 pandemic. Officials in the Jordanian Department of Statistics said that this quarterly decline in the gross domestic product is the largest economic downturn the Kingdom has witnessed in 20 years.

In March the government imposed strict lockdown measures that the economy has not yet recovered, although most business sectors have gradually reopened since May. The government expects the economy to contract by more than 5.5 percent this year, much lower than the International Monetary Fund’s estimate of 2 percent growth before the outbreak of the pandemic.

Unemployment reached a record level of 23 percent during the second quarter with layoffs and companies declared bankrupt, while poverty rates increased in a country with a population of 10 million and whose aid-dependent economy was already struggling before this crisis.

In Tunisia, Prime Minister Hicham El Mechichi said that the Tunisian authorities will ban all gatherings and reduce the working hours of public sector employees in order to stop the rapid spread of the Corona virus. “Amending the timing of work in public administrations and institutions by adopting the one-quota system and the team system, and preventing all gatherings and demonstrations due to the risks they carry from infection with Covid-19,” the Tunis Africa News Agency quoted El-Mechichi as saying.

The decision was taken amid severe concerns that hospitals in Tunisia will not be able to accommodate a large number of patients due to a shortage of intensive care beds. The total number of coronavirus cases jumped to more than 20,000, compared to about 1,000 before the country’s borders reopened on 27 June. The Tunisian economy dependent on tourism shrank by 21.6 percent in the second quarter compared to the same period last year as a result of the pandemic and measures to reduce it.

In Malaysia, Finance Minister Tengku Zafrol Aziz expected a rise in Malaysia’s debt levels, as the country began to take measures to support companies and citizens in the face of the economic repercussions of the Corona virus. He said, “We expect the fiscal deficit in Malaysia to rise this year to between 5.8% and 6%, indicating that the financial pumping operations in the Malaysian economy have reached so far about 20% of the GDP.”

He also added: We are still focusing on fiscal responsibility, of course, and currently the debt-to-GDP ratio is around 53%, but it will end the year at 56%.

These were the details of the news Corona’s economic repercussions … losses, debts, austerity and rescue plans for this day. We hope that we have succeeded by giving you the full details and information. To follow all our news, you can subscribe to the alerts system or to one of our different systems to provide you with all that is new.