The Dubai market decides to continue to halt trading in “Arabtec”... 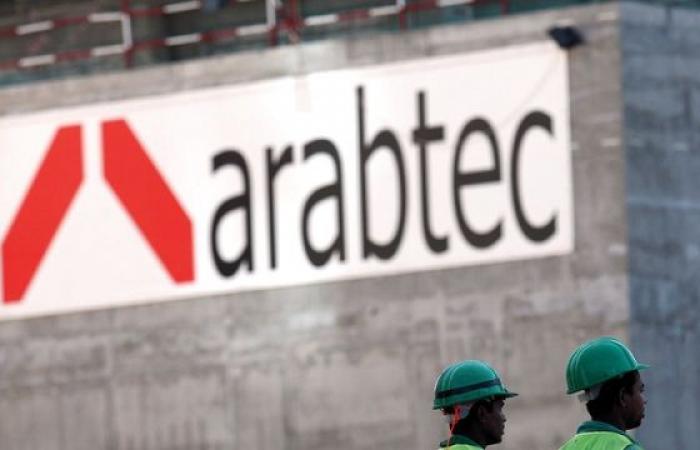 Today, the Dubai Financial Market announced that trading in Arabtec Holding Company shares will continue to be suspended until further notice.

While “Arabtec” announced, in a disclosure published on the marketplace today, that the company’s board of directors will meet next Wednesday to consider the decisions and procedures necessary for the purposes of implementing the decisions taken at the previous general assembly meeting.

Arabtec shareholders voted at the general assembly meeting held last Wednesday in favor of the company’s non-continuity and its dissolution due to its unstable financial conditions.

And the decision that was voted on at the meeting after studying multiple strategic options by the Board of Directors based on the financial analysis approved by specialists in restructuring operations “Alex Partners”.

The decision gives the company’s board of directors a maximum period of two months to negotiate with the relevant stakeholders before submitting the liquidation request to the competent courts. Until then, the first focus of the company will be to provide stability to the company’s employees, subsidiaries, subcontractors, suppliers and other interested parties.

The (Emirates Today) published a report yesterday about the scenarios awaiting the company after the decision of the General Assembly of «Arabtec Holding Company», at the beginning of this October, to dissolve and liquidate it, a shock in the local capital markets, especially by small investors who are shareholders. Those who anticipate possible scenarios for the company’s situation

Two financial analysts agreed in an interview with Emirates Today that there are two scenarios, not a third, awaiting Arabtec. The first relates to what was approved in the general assembly to liquidate the company. Application to the company.

They also demanded that the company should continue to stop trading, until matters become clear.

Financial expert Waddah Al-Taha said that there are two scenarios, not a third, for Arabtec. The first is the entry of a strategic investor during the period of time that the general assembly gave to the company’s board of directors to inform the stakeholders of the company’s liquidation. The second scenario is the final liquidation of the company, declaration of its bankruptcy, and its exit from Finally, the market, indicating that exit from the market is a strong and possible matter, calling for transparency with the continued suspension of the stock.

For his part, the chief executive of strategies and customers in “Abu Dhabi Capital Company Ltd.”, Muhammad Ali Yassin, agreed that there are two scenarios for the company: the entry of a professional strategic investor, or the declaration of bankruptcy and exit from the market.

Yassin said that he is inclined towards the second scenario related to the liquidation of the company, as it is the closest to verification, pointing out that the major shareholders of the company announced it clearly in the general assembly in which the voting rate reached 98%.

Al-Yaseen stressed the need for the continuation of the “stock” to remain suspended from circulation until the picture becomes clear, and he called for more transparency.

These were the details of the news The Dubai market decides to continue to halt trading in “Arabtec”... for this day. We hope that we have succeeded by giving you the full details and information. To follow all our news, you can subscribe to the alerts system or to one of our different systems to provide you with all that is new.