Bank of Sudan admits … and revealed the secret of the... 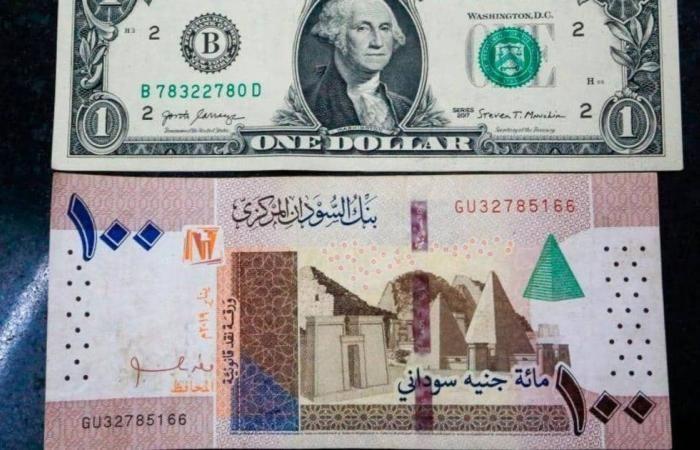 The Central Bank of Sudan implicitly acknowledged that government purchases and purchases of telecommunications companies caused the imbalance in the foreign exchange markets in Sudan, which led to the deterioration of the Sudanese pound to historical levels.

One dollar is currently trading at about 230 pounds in the parallel market, compared to less than 120 pounds in August of last year, while in the official market it is 55 pounds.

In a paper he presented at the closing session of the 3-day economic conference that ended on Monday, the Deputy Governor of the Bank of Sudan, Mohamed Ahmed Al-Bushra, called for putting controls in place to control foreign exchange purchases by telecommunications companies and government units.

The economics professor at Sudanese universities, Abdel Wahab Bob, described the entry of telecommunications companies into speculation in the foreign exchange market in clear violation.

Bob told “Sky News Arabia” that buying currency with the aim of storing or smuggling it is a major crime, especially when practiced by investment institutions, pointing to the great destructive effects that fall on the economy as a result of these practices, which struck the Sudanese economy as a result of the terrible deterioration of the pound, according to His expression.

Bob summarizes the possible solutions in restoring state control over telecommunications companies and their boards of directors and pricing their services. Bob believed that what is happening in the sector currently is a mess that harms the entire national economy and requires an immediate settlement.

In the same context, economic journalist Muhammad Abdulaziz told Sky News Arabia: “It is known that some telecommunications companies operating in Sudan possess huge daily liquidity that they convert into hard currencies, which sparked speculation in the parallel market, and consequently led to a great deterioration. In the Sudanese pound exchange rate during the past weeks.

Economists and dealers in the foreign exchange market have confirmed that telecommunications companies come to introduce service and investment agencies as the largest buyer of foreign currencies in the parallel market, which leads to an increase in demand for dollars and other free currencies.

In light of the great economic deterioration that Sudan is currently experiencing and the rise in inflation rates to more than 166 percent, the Central Bank of Sudan says that it seeks to control the sources of monetary expansion and use non-cash payment tools to ensure the rapid transformation of the economy from an economy that deals in cash to an economy that deals with non-cash payment methods.

As for addressing the imbalance in the external sector and stabilizing the exchange rate, the Central Bank recommended the necessity of increasing the competitiveness of Sudanese exports, developing and adopting a flexible exchange rate system and meeting all its requirements and providing adequate precautions to enable the application of the flexible exchange rate system, warning the importance of restoring foreign markets for Sudanese exports While taking advantage of bilateral, regional and international agreements and opening new markets.

For its part, the Economic Committee for the Forces of Freedom and Confidence demanded in a paper presented at the conclusion of the economic conference sessions to prevent telecommunications companies and other institutions from buying cash from the parallel market, and to stop any action or decision that pushes any contractor with the government to buy dollars from the local market.

The committee called for tight control over civil aviation resources while fulfilling obligations with the International Aviation Federation, implementing security solutions and bringing violators to trial, in addition to making use of expatriate resources by implementing their initiatives and attracting their savings, as well as stopping the import of luxury and unnecessary goods and issuing a list of that.

These were the details of the news Bank of Sudan admits … and revealed the secret of the... for this day. We hope that we have succeeded by giving you the full details and information. To follow all our news, you can subscribe to the alerts system or to one of our different systems to provide you with all that is new.