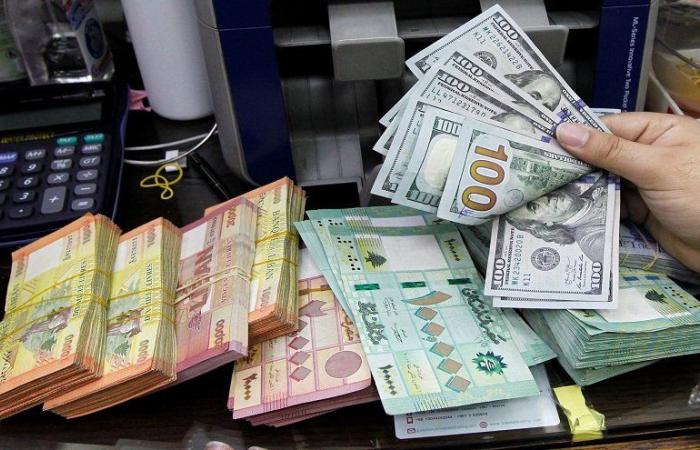 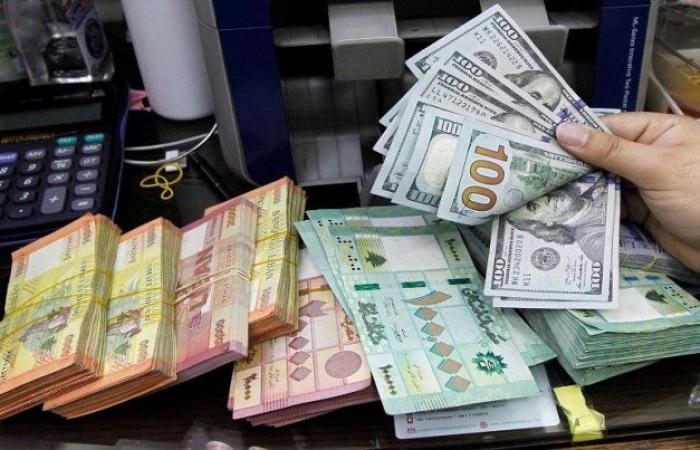 The crisis in the formation of the Lebanese government cast a shadow over the exchange rate of the local lira .. With the apology of Prime Minister-designate Mustafa Adib for forming the government and the approval of President Michel Aoun, the Lebanese pound continued the path of collapse against the dollar, so that its exchange rate on the black market reached between 8,400 to 9,000 pounds against One US dollar, up from 7,600 pounds on Friday.

And local sources indicated that the failure to form the government and, accordingly, the French initiative increases fears of an acceleration of the collapse of the local currency exchange rate within a few days.

The sources pointed out that the pressure on buying the dollar has increased since Friday, which has raised the price of the dollar. It is likely that the rise will continue to surpass the highest price achieved by the dollar against the pound two months ago, when it recorded 10 thousand pounds..

The pessimism increases amid a warning from the Central Bank of Lebanon about the erosion of the capacity of the “central” reserve allocated to support and import food, medicine and fuel.

The Governor of the Banque du Liban, Riad Salameh, confirmed that the remainder of the foreign currency is not sufficient to cover the subsidy for a period of three months, while research began to issue support cards exclusively to needy families, amid the absence of statistical rules that actually define who the poor families are and the price increase is one hundred percent..

Figures from the United Nations Economic and Social Commission for Western Asia (ESCWA) confirm that the poverty rate in Lebanon has risen to 55 percent until May 2020, which includes 23 percent of the population .. While these percentages doubled after the Beirut port explosion that occurred early last month, killing thousands of people. He was wounded and more than 200,000 people were displaced by the destruction of homes, in addition to damage to large numbers of commercial establishments and the dismissal of thousands of employees and workers..

For more, you have the attached video..

These were the details of the news The collapse of the lira continued after Adib apologized for forming... for this day. We hope that we have succeeded by giving you the full details and information. To follow all our news, you can subscribe to the alerts system or to one of our different systems to provide you with all that is new.