The U.S. Food and Drug Administration warns of the dangers of... 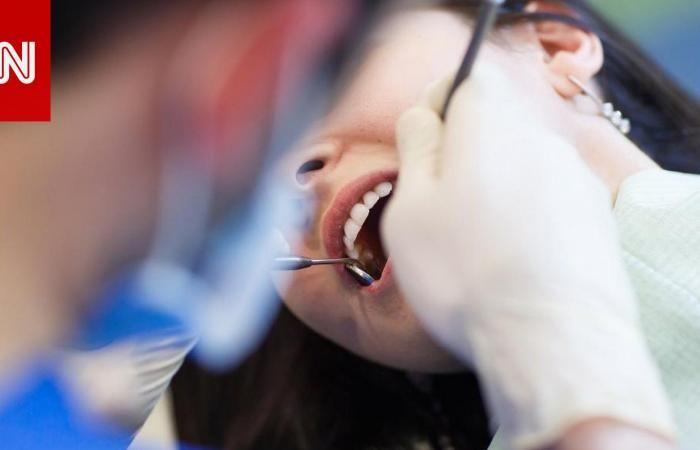 Updated FDA guidance stated that fillers can lead to health problems for those with hypersensitivity to mercury.

Amalgam is a mixture of a group of metals, including mercury, silver, copper and tin.

For years, the US Food and Drug Administration and the American Dental Association confirmed that the material is safe, but there are those who have called for dental fillings that do not contain mercury since the 1970s.

The updated Food and Drug Administration recommendations made clear that amalgam fillings are safe for most people, but there are groups that should avoid the substance, including pregnant women, women planning pregnancy, breastfeeding women, children, especially children under the age of six, and people who have trouble getting pregnant. Kidneys, and people with pre-existing neurological conditions such as multiple sclerosis, Parkinson’s disease or Alzheimer’s disease.

Amalgam fillings are widely used because they are strong, durable, and less expensive than other fillers, but over time it can release small amounts of mercury vapor. The amount of steam released depends on the amount of grinding of their teeth and the specific filling life.

The Food and Drug Administration wrote on its website that although the majority of evidence indicates that mercury exposure due to amalgam fillings does not result in negative health effects overall, little information is known about the effect that exposure may have on members of specific groups. , Who may be at greater risk of potential negative health effects.

For people in these high-risk groups, the FDA suggests that dentists use alternatives, such as resin and glass fillings.

The Food and Drug Administration does not recommend that people remove or replace fillings that are in good condition, because removal can increase exposure to mercury vapor and damage healthy dental structures.

After updating the FDA guidelines, the American Dental Association said it “reiterates its position that amalgam fillings are a safe, safe and effective option for cavity filling.”

The American Dental Association noted that “no new scientific evidence has been cited as part of the FDA’s recommendation.”

These were the details of the news The U.S. Food and Drug Administration warns of the dangers of... for this day. We hope that we have succeeded by giving you the full details and information. To follow all our news, you can subscribe to the alerts system or to one of our different systems to provide you with all that is new.