Lufthansa to cut more jobs as it loses €500m a month 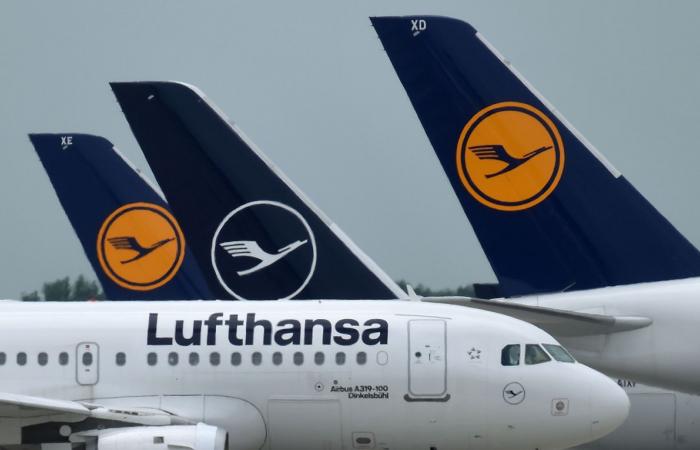 Jeddah - Yasmine El Tohamy - MONTREAL: When Megyn Thompson landed her dream job as a commercial pilot last year, she was one of thousands being recruited globally to boost the number of women in the cockpit and meet record pilot demand.

Now an industry-wide campaign to recruit more female aviators is under threat, dealing a blow to efforts to overhaul the male-dominated airline sector as the coronavirus crisis transforms a shortage into a pilot surplus.

In the United States alone, the top two airlines are set to furlough more than 3,000 pilots when government stimulus expires this month, and a disproportionate number of those are women.

Under layoff agreements between airlines and unions, junior pilots lose their jobs before senior ones, regardless of gender, race or age.

These “Last In, First Out” labor deals at many Western airlines mean the most recent hires are the first to go.

And those new hires include a higher percentage of women than in the past, the International Society of Women Airline Pilots (ISWAP) said.

Thompson, who flies with a regional carrier owned by American Airlines, is among at least 600 female pilots in the United States who will be furloughed on Oct. 1 unless there is more government payroll aid or last-minute union deals.

Thompson, 32, said her low seniority ranking puts her “smack-dab in the middle” of a furlough at American’s PSA affiliate, which expects to cut about 35 percent of its pilots.

“If you go back 40 years ago it was a man’s world through and through, so there are not a lot of women at the top who are protected from this furlough,” said Thompson, who decided not to have biological children as she built flying hours for her license.

“PSA is not letting (me) Megyn go because they don’t like her. It’s zero to do with that and 100 percent to do with, if you’re the last in, you’re the first out.”

Now the mother of three adopted children is applying for jobs at Amazon, Kellogg and PepsiCo.

Before the crisis, global air travel was growing at a record 5 percent a year, generating a need for 804,000 pilots over the next 20 years, based on Boeing Co. estimates. The need for more pilots had pushed female recruitment to the top of the agenda.

But a shattered post-COVID industry does not expect traffic to regain 2019 levels and start growing again before 2024.

“This year we were meant to launch a great big campaign which we have just put on hold because of what has happened,” said Australian pilot Davida Forshaw, who heads education and outreach at ISWAP.

Despite the female recruitment campaign, just 5.3 percent of airline pilots globally were women before the coronavirus crisis, ISWAP data shows. That percentage is set to drop again as airlines carry out furlough plans, the group predicts.

At American and Delta Air Lines, women make up around 5.2 percent of the combined pilot population of about 27,800 and 6.7 percent of the 3,645 pilots whom those airlines expect to furlough, according to numbers provided by their main pilot unions.

American Airlines declined to comment directly on the issue, but a spokesman said the union data implied that the proportion of female pilots would slip post-furloughs to 4.9 from 5.1 percent.

Delta said it was in discussions with unions on pilot departures but did not give a breakdown by gender.

These were the details of the news Lufthansa to cut more jobs as it loses €500m a month for this day. We hope that we have succeeded by giving you the full details and information. To follow all our news, you can subscribe to the alerts system or to one of our different systems to provide you with all that is new.