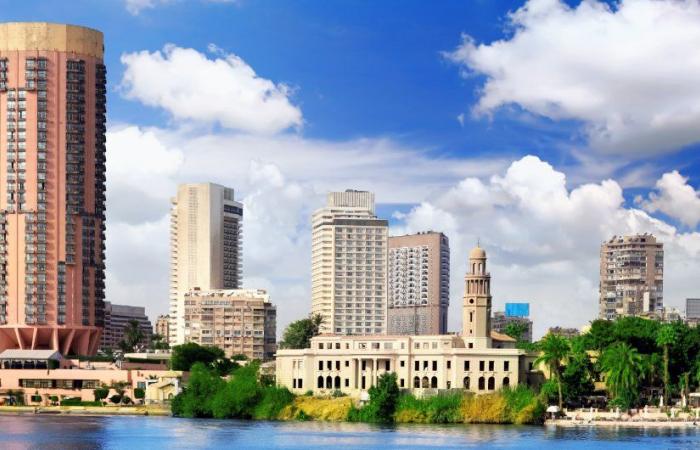 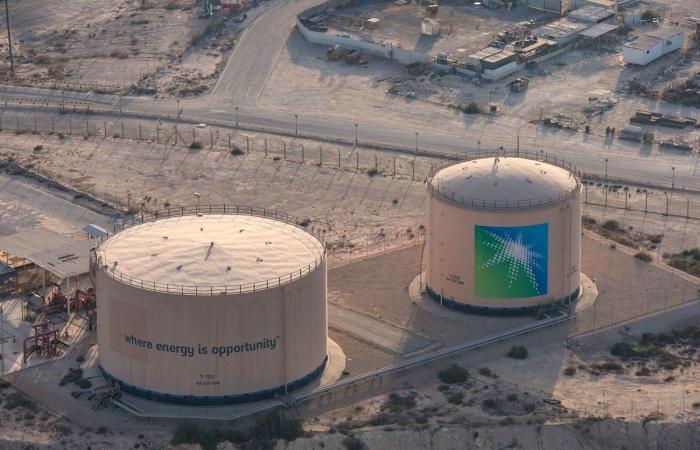 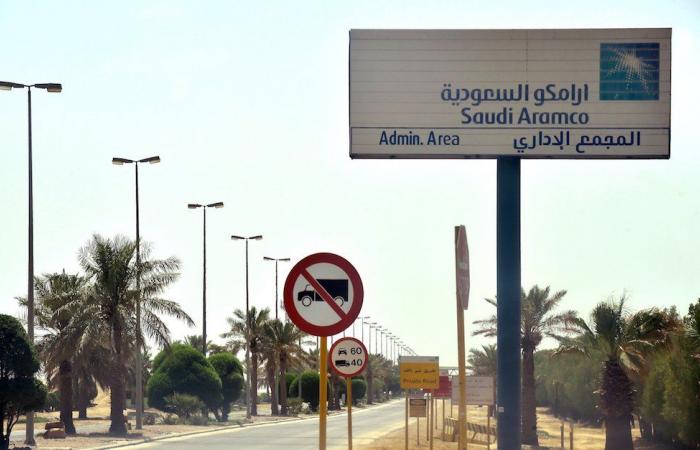 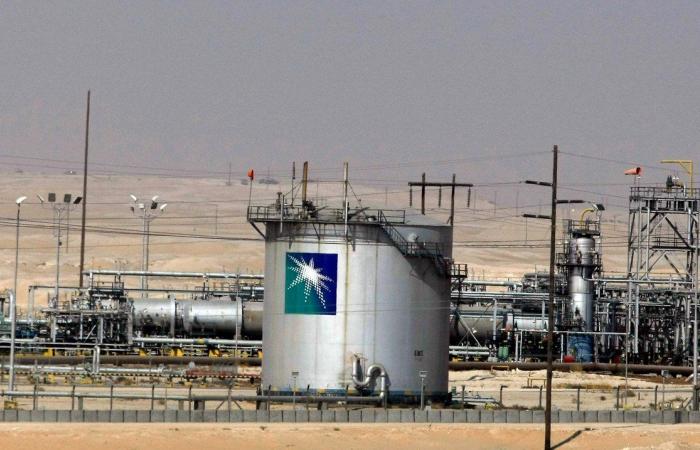 Jeddah - Yasmine El Tohamy - DUBAI: Early last spring, global oil markets were in free fall as the economic effects of the coronavirus pandemic hit demand forecasts for crude. Members of the OPEC+ alliance, led by Saudi Arabia and Russia, watched as prices more than halved in a few weeks, and wondered what to do. Pulitzer Prize winner, Daniel Yergin, in the first of two exclusive excerpts from his new book “The New Map – Energy, Climate, and the Clash of Nations,” narrates the inside story of the month that shook the oil world.

It was this decline that precipitated, in the first week of March, a meeting of OPEC+ – OPEC and its non-OPEC partners, 23 countries in all – in Vienna to address what was turning into, by far, the biggest decline in consumption ever recorded.

While the countries coming to Vienna knew that the situation was bad, they did not know just how bad, nor how much worse it could get. By then, however, the common interest that the two leading countries of the group – Saudi Arabia and Russia – had forged over the last few years was unraveling.

The Russian budget was pegged at $42 a barrel, the Saudi budget at $65, and, according to the IMF (International Monetary Fund), Saudi Arabia needed $80 or more to balance its budget. Moreover, the Russians had seen the 2016 OPEC+ deal as temporary and expedient; the Saudis wanted to make it permanent and keep Russia in it.

The Saudi Energy Minister Prince Abdul Aziz bin Salman sought new cuts that would be deeper, and then insisted strongly on even deeper cuts. The Russian energy minister, Alexander Novak, just as strongly resisted. He wanted to extend the existing deal and not make any further cuts for a few weeks to see the impact as the coronavirus advanced.

On the morning of March 6, Novak flew into Vienna from Moscow and went to the OPEC headquarters. There, in a small fifth-floor conference room, he met privately with Prince Abdul Aziz. There was no meeting of the minds. They descended stone-faced to the first floor for the crucial joint meeting of OPEC and non-OPEC ministers. It was an impasse. The meeting broke up with no agreement.

“We will all regret this day,” Prince Abdul Aziz said on the way out. Asked what Saudi Arabia would now do, he added: “We will keep you wondering.”

The OPEC countries “didn’t consider any other variants,” said Novak. And now, he added, since there was no agreement, all countries were free to produce whatever they wanted.

An effort at calming words was made by Suhail Al-Mazrouei, the UAE’s petroleum minister. “They need more time to think about it,” he said. But OPEC+ had blown up.

The failure in Vienna shocked the global oil market, with reverberations in financial markets. Saudi Arabia wasted no time in ending the “wondering” by announcing that it was going to go all out, increasing production from 9.7 million barrels per day (bpd) to 12.3 million bpd over the next month.

“Increasing production when demand is falling,” said Novak, trained as an economist, “is irrational from the economic theory point of view.” Russia had nowhere near that extra production capacity but said it would increase as much as it could.

The comity going back to 2016 was gone – in its place a price war and a battle for market share. The would-be partners had once again become fierce competitors. Some in Moscow, who had opposed a deal to restrain production, welcomed the breakdown.

“If you give up market, you will never get it back,” said Igor Sechin, the CEO of Rosneft and the biggest Russian critic of OPEC+ from the beginning. Those such as Sechin opposed to any deal had been particularly loath to give up market share to the US.

In the four years that Russia had been part of the agreement and its production constrained, US oil output had increased 60 percent, catapulting the US into the No. 1 position.

Beyond markets, they regarded US shale as a “strategic threat.” For they saw the abundance of shale oil and gas as an adjunct to US foreign policy, giving the US a free hand to impose sanctions on the Russian energy sector, as it had done only a few months earlier, in forcing a halt to the almost-completed Nord Stream 2 pipeline.

US shale, they expected, would inevitably be a major casualty of a price war, owing to its higher costs and the constant drilling it required, compared to Saudi and Russian conventional oil.

Yet what was not understood at the beginning of March was that this battle for market share was being launched into a market that was rapidly shrinking owing to the virus (COVID-19). The epidemic in China was turning into a global pandemic.

Trump began doing what he had done his entire career: Working the phones, this time in a round-robin with King Salman, (Crown Prince Mohammed bin Salman) MBS, (Russian President) Vladimir Putin, and other leaders.

The dealmaker was now going for a mega-deal. Given what were described as the “irreconcilable differences” that had led to the breakup in Vienna between Saudi Arabia and Russia, it was also something like divorce mediation.

Over two weeks or so, Trump talked with Putin more than in the entire year previous. On April 1, Saudi production rose to 12 million bpd. Some of the phone calls were very direct. Mention was made of those 13 senators (from oil-producing states who had voiced their frustration over the oil price war).

Crunch meeting of oil alliance over cuts in output

After one such call, Trump tweeted: “Just spoke to my friend MBS of Saudi Arabia, who spoke with President Putin of Russia and I expect and hope that they will be cutting back approximately 10 million barrels and maybe substantially more.” Shortly after, he raised the ante to 15 million.

Given the oil war and the animosity, his numbers were greeted with skepticism. But the wheels were grinding. Saudi Arabia called for an urgent meeting of producers, “in appreciation of the request of the president of the US, Donald Trump.”

On April 3, Putin told a video conference that Russia, as well as Saudi Arabia and the US, were “all interested in joint … well-coordinated actions for ensuring the long-term stability of the market.”

He said that the price collapse was caused by COVID-19.

But how could a deal be made?

On April 10, the energy ministers of the G20 assembled. “We must stabilize world energy markets,” said US Energy Secretary Dan Brouillette. “This is the time for all nations to seriously examine what each can do to correct the supply/demand imbalance.”

By then, everything was more or less in place for a grand bargain. Except one member of OPEC+ was holding out. Mexican President Lopez Obrador did not want anything to do with the deal. He had his own politics; he was committed to Pemex, the national oil company, increasing production, not cutting it – even if, in fact, its actual production was in decline.

More night-time phone calls ensued, and an understanding was worked out with Mexico. That was followed by the conference call with Trump, Putin, and King Salman that sealed the deal.

The other 21 members of OPEC+ agreed to their own cutbacks. So did other major non-OPEC producers that were not part of OPEC+ – Brazil, Canada, and Norway. But these reductions would include declines driven by economics, and those were already occurring.

The deal itself was historic, both for the number of participants and the sheer complexity. It was the largest oil-supply cut in history. Nothing like this had ever happened before in the world of oil, and certainly not with the US at the center of it.

After the deal was done, Prince Abdul Aziz described the oil war as “an unwelcome departure” from Saudi policy. But he said: “We had to because of a desire to capture some revenues versus sitting on our hands and doing nothing.”

And the “mediation” from Washington had helped, for it had ended the rift with Russia, at least for the time being. “We don’t need divorce lawyers yet,” the prince said with some relief.

Extracted from The New Map: Energy, Climate and the Clash of Nations by Daniel Yergin (Allen Lane). Copyright Daniel Yergin 2020.

These were the details of the news $16 billion of non-oil exports so far this year for Egypt for this day. We hope that we have succeeded by giving you the full details and information. To follow all our news, you can subscribe to the alerts system or to one of our different systems to provide you with all that is new.