Amazon bans sales of foreign seeds in US after mystery packets 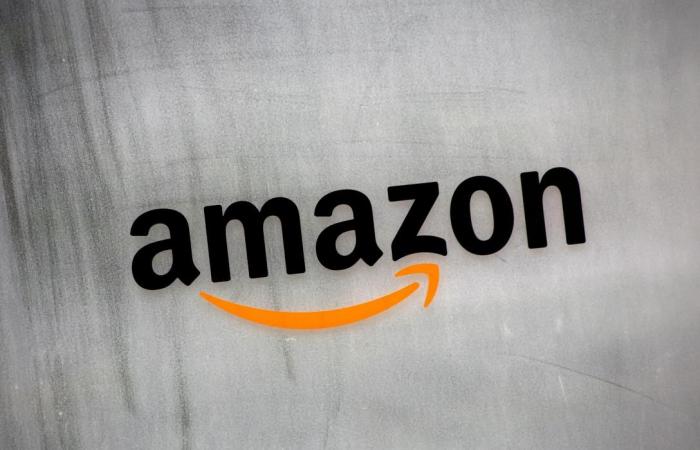 Here is a personal insight into the changes in regional retailing during the pandemic: Spinneys shoppers have virtually given up paying with cash.

The big queue in my local branch in Dubai is now for the automated payment machines, rather than the physical checkouts, and even at the tills payment is overwhelmingly by card or phone app rather than cash.

I talked to Simon Haslam, Dubai-based CEO of Network International — the company that processes most of those electronic payments in the UAE and beyond — to find out why. “COVID-19 is accelerating the shift from cash to digital. What’s so exciting about my business is that the Middle East and Africa is one of the last regions where this shift is happening, and that presents big opportunities for us even with the short-term disruption of the pandemic,” he told Arab News.

After many years in the payments and banking business with some of the biggest corporations in the world and in places as varied as Brazil and eastern Europe, Haslam joined Network in 2017 and led the company to an initial public offering (IPO) in London last year.

But even his wide experience could not have prepared him for what happened earlier this year.

“We were having a good year until February, and then the lights just turned off. We noticed first that fewer Chinese were coming and spending, and then the situation changed rapidly. By the end of April volumes were 60 percent down,” he said.

In normal times, about 25 percent of his business comes from foreign visitor spending, which virtually vanished overnight when air travel was halted, also hitting online payments for flights, a significant part of Network’s volume.

Things have improved since the UAE began to reopen, and he said that domestic volumes are now 90 percent back to pre-COVID levels.

But there has been a distinct shift in retail behavior. Network experienced a 60 percent growth in online business by the end of June, and although this is “flattening” now that malls and stores are open again, it could have permanent effects.

“There has been a shift to ‘omni-channel’ shopping, with people browsing in the malls and then going home to buy online, for example, or ‘click and collect,’ when shoppers choose online and then go to the store to pick up,” Haslam said.

Some analysts have forecast the “death of the mall,” but he does not agree. “I don’t believe so. Malls in this part of the world are destinations in their own right, especially in the summer,” he said.

But, as my Spinneys observations suggested, the move away from cash seems irreversible. Before the pandemic, about 80 percent of transactions were in folding money, a stark contrast to Scandinavia, for example, where 90 percent of transactions are cashless. But that has changed across all groups of consumers, from the most affluent down to the less well-off, as measured by Network’s customer metrics.

The Middle East and Africa have all the ingredients for that change to quicken — sustained long-term economic development, a young tech-savvy population, and advanced payment systems like the ones Network provides. Even the hit to spending from the pandemic will prove to be only temporary. “COVID-19 is just a short-term disruption in that long-term transition,” he said.

Haslam believes that anything like a return to pre-pandemic normality in the UAE will depend on what happens with tourism. “We are open for business, but people are still not willing to travel,” he said.

The transition is also happening in Saudi Arabia, which has lagged behind other parts of the region in the move away from cash. Network had big plans for the Kingdom before the pandemic struck. “We announced pre-COVID that we intended to enter Saudi Arabia. We’ve been excited and bullish about it for a long time and we said we would spend $25 million on establishing our business there primarily through the build of a data center and . . . our platform, because in Saudi Arabia you have to have technology on the ground, because that is their rules,” he said.

Network had discussions with the Saudi Arabian Monetary Authority to use its technology in a “sandbox” trial. It was already doing business in the Kingdom via its big UAE partner Emirates NBD.

The pandemic has delayed that initiative, but not for long. “We wanted a more solid economic outlook, and we are fortunate we have the balance sheet and the liquidity. Our ambitions in the Kingdom are not diminished, but paused,” he said.

The Saudi project will restart toward the end of this year, but again exact timing will depend on how quickly borders and airports will reopen. “We have to physically have staff there on the ground,” he said.

Haslam believes Network’s move into the Kingdom should not be seen as a threat to its existing payments structures or its banking systems. “I’m not going to market there and take their customers. I’m an enabler for them to provide digital technology to banks and financial institutions. We’re going to help drive the changes of Vision 2030,” he said.

The Saudi launch will be the second big international expansion for Network since the IPO. Last year, it paid $288 million for the Kenya-based payments business DPO Group, mainly with money raised via the London listing, to get ownership of the biggest payments group in Africa with a presence in 19 countries.

“DPO ticks all the boxes. It was top of our acquisition list and had been for some time,” Haslam said.

Other acquisitions could follow, but none are likely to be as big as DPO, at least for the time being. Growth in market share is not dependent on buying businesses, he added.

The financial firepower for “selective acquisitions” was one of the reasons for the listing in London, as well as the “strong governance and liquidity” of the UK capital. “We chose the London Stock Exchange because we are an international business growing rapidly. A lot of emerging markets investors have their headquarters in London, and both the City and the US have a long history of understanding payments systems,” Haslam said.

The listing valued Network at some £2.6 billion ($3.5 billion) soon after trading began in the shares in April 2019, and was an opportunity for some long-term investors, including Emirates NBD, to cash in their investment in Network, although ENBD remains a shareholder with 5 percent of the stock.

Long-term partner Mastercard holds 9.9 percent of the shares and has the “same desire” to improve the payments systems in the region. Network has relationships with all the other main credit card companies, too.

The stock initially performed well, but halved in the period between last December and April, when the full ravages of the pandemic were becoming clear.

Other forces may have been at work on the share price also. UAE-based companies were coming under investor scrutiny as the full extent of the NMC Healthcare fraud was emerging; Finablr, another Emirates financial payments company, was also crashing because of the management links it shared with NMC. Meanwhile, Wirecard, yet another financial payments firm, was in its death throes after an attack by determined fraudsters.

Did Network shares suffer because of a perceived connection with these scandals? Is there an inherent vulnerability in financial technology companies that leaves them prone to fraudulent attack?

Haslam does not want to talk about specific cases, beyond saying that his business model was “fundamentally different” from that of the German company Wirecard. But he is quick to point out some other contrasts between his company and the fraud victims. “Where Network is different is that our business has not grown out of a founder-led model. We have a team of experts who for many years have been working in companies governed by UK and US regulators, and who are used to operating in that kind of environment.”

He also pointed to the long list of blue-chip investors who came on the share register at the time of the IPO . “None of them have been selling, and they all participated in fund-raising for the Africa deal,” Haslam said.

It appears likely that when the airports open and the tourists return, Network International will get back on the expansion path once more. Who knows what the Spinneys checkout will look like by then?

These were the details of the news Amazon bans sales of foreign seeds in US after mystery packets for this day. We hope that we have succeeded by giving you the full details and information. To follow all our news, you can subscribe to the alerts system or to one of our different systems to provide you with all that is new.

PREV Macro Snapshot — US weekly jobless claims fall; Italy business and consumers morale rise
NEXT The Bench to set up shop in Riyadh to host events for business 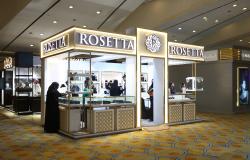