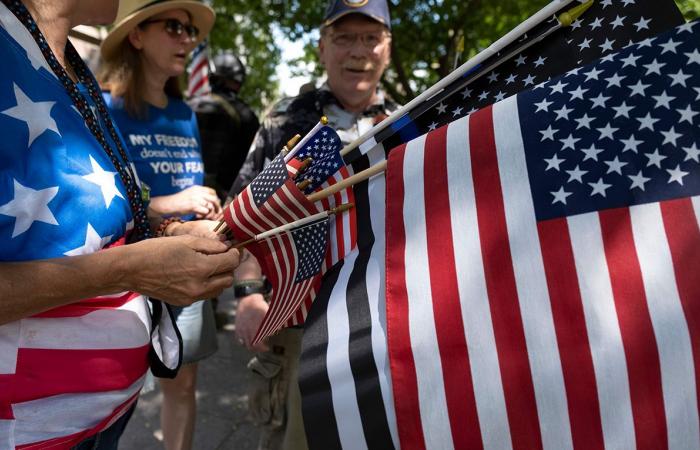 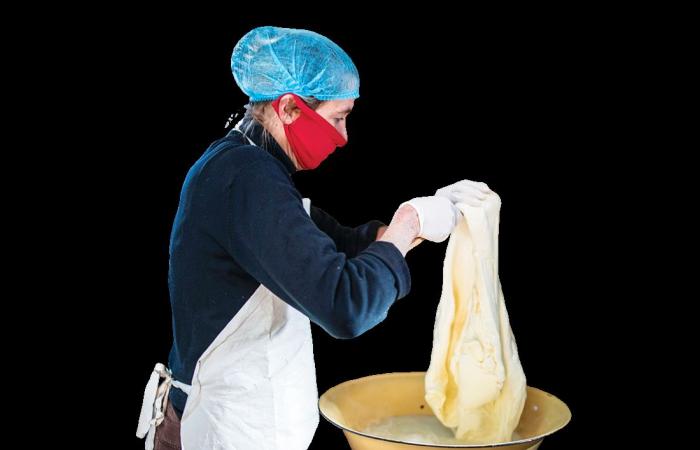 CLARENS, South Africa: Cheddar-making was put on hold when coronavirus struck an artisanal cheesery on the outskirts of Clarens, a town tucked into the foothills of the Maluti mountains of central South Africa.

Hard cheeses requiring months of ripening were no longer viable, and the small business battled to stay afloat as sales plummeted.

Rare buyers were found among the few butcher’s shops and delis that stayed open during the virus lockdown.

But with restrictions eased and customers trickling back, Marietjie and her husband Danie believe coronavirus could boost demand for locally produced foods in the long run.

“I have noticed that some retailers tell us they want to focus more on local products,” said Danie, who co-owns Noah’s Cheese with his wife.

“To rely on food from far away doesn’t make sense anymore,” he explained.

“The cost in terms of the environment, the risk when a disaster like this happens, is too high.”

Eating locally is the favored goal of locavores — foodies who believe in produce grown from nearby sources, in the belief that it retains nutrients and flavors that may be lost through transport and carries a far smaller carbon footprint.

But local food of this purity can be near-impossible to achieve in a world of long, complex supply lines and dependence on fossil fuels.

The small cheesery says it has overcome these concerns.

Nestled at the bottom of a rock formation named after Mount Ararat, Noah’s Cheese runs entirely on solar energy and sources its raw materials from surrounding land.

The mozzarella is smoked with wood from a neighboring apple farm. Condiments are made with fruit pulp left over from nearby gin breweries.

That unusual setup helped the firm survive the crushing impact of coronavirus.

“We didn’t have a fixed cost on electricity,” said Danie. “We are not reliant on (imported) produce ... It is here, it is local.”

Noah’s Cheese is a member of the Slow Food movement, which originated in Italy during the 1980s to protect local food cultures and traditions.

The short supply chains and small-scale nature of Slow Food production has seen new interest from consumers concerned about food provision during lockdown.

“They realized when this COVID hit that they were stuck in the city, where there is no way you can produce food for yourself,” said Marietjie.

“People suddenly became more aware that we must use what is in our area,” Danie added. “Even those who do not necessarily know about the Slow Food movement.”

For Noah’s Cheese, the challenge will be to tap into that budding market.

The Crowthers relied heavily on festivals to sell their products and seek business partners — all of which have been canceled for the rest of the year.

Clarens has missed the bulk of its tourist season, which peaks over Easter, and travel between provinces remains banned.

“I would say more than two-thirds of our market was lost overnight,” said Danie. “So it’s a difficult thing to adapt to.”

The couple have worked hard to find new delis and are currently negotiating shelf space with a local supermarket chain.

They also have high hopes in the launch of an online shop next week that will deliver cheese directly to customers stuck at home.

Artisanal cheeseries have entered the scene to meet this demand, adapting classic techniques from France and Italy to local ingredients.

“The taste for cheese in South Africa is ... still at a very early stage,” said Danie.

“We are young industries,” he added. “But we make exceptional cheeses.”

These were the details of the news Americans see travel horizons narrowing for this day. We hope that we have succeeded by giving you the full details and information. To follow all our news, you can subscribe to the alerts system or to one of our different systems to provide you with all that is new.