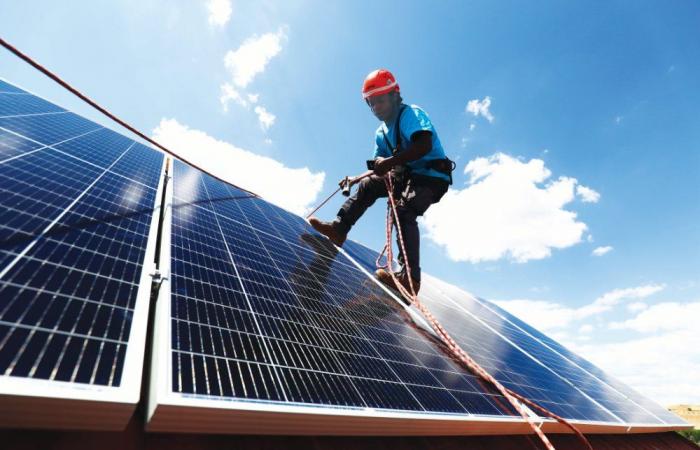 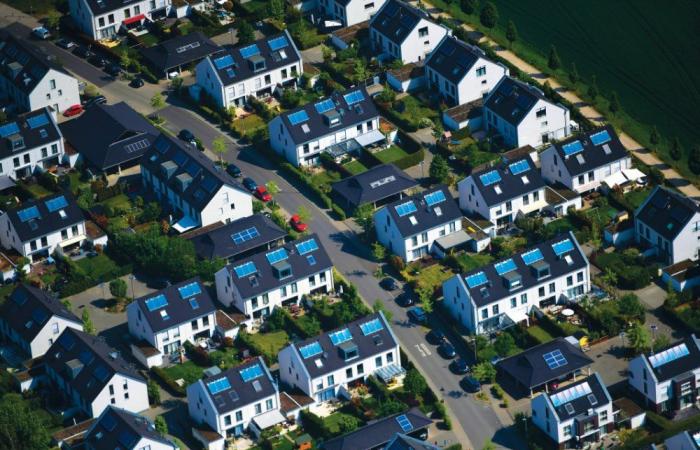 Thank you for reading the news about Rooftop revolution: Pandemic chill upends solar power industry and now with the details

Now, in their struggle to survive, companies on both sides of the Atlantic are turning to online marketing rather than knocking on doors, using drones to inspect roofs, arranging digital permits and coming up with attractive new financing plans, according to interviews with 12 executives.

At stake is the future of a key driver of the global transition from fossil fuels to renewable energy: solar power was the second-fastest growing renewable source after wind in 2019, according to the International Energy Agency.

And rooftop installations, which generate electricity used by homes or businesses rather than feeding into the grid, made up more than 40 percent of the market before COVID-19 struck.

Energy research firm Wood Mackenzie has slashed its rooftop solar installation forecasts for Europe and the US by a whopping 30 percent this year, while lifting its forecast by 3 percent in Asia, where China provides strong government support.

Joana Palau, 42, a council worker on the Spanish island of Ibiza, was one of the few in her neighborhood who pressed ahead with a plan to install 12 solar panels on her farmhouse in June: “If I had not been working and did not have the stability of a salary every month, I definitely wouldn’t have done it.”

By contrast, large-scale solar installations that power the grid have fared relatively well. Wood Mackenzie trimmed its forecast by less than 10 percent for Europe and barely touched its US outlook as rock-bottom prices, subsidies and government mandates helped insulate larger projects from the pandemic. In the US, the third biggest rooftop solar market after China and Japan, about 80 percent of the 100,000 job losses in the solar sector so far have been at rooftop installers, the Solar Energy Industries Association said.

Many of the staff who were not laid off, however, began to focus on one of the industry’s most persistent challenges: How to cut the cost of identifying homeowners with suitable roofs, and then persuading them to buy panels, executives said.

Leading US installers SunPower Corp., Vivint Solar Inc. and Sunrun Inc. said that reassured potential clients worried about the virus. It also cut the cost of acquiring customers, which Wood Mackenzie puts at nearly $4,000, or 22 percent of the average $18,000 cost of a US system.

By early May, sales were down only 30 percent. “It was a radical shift,” said Bywater, adding that it had hastened Vivint’s plan to diversify sales strategies and cut costs: “I hope we never lose that and we accelerate that.”

In fact, the strategy was so successful that larger rival Sunrun announced on July 7 that it had agreed to buy Vivint in an all-stock deal valued at $3.2 billion, saving $90 million a year and creating a solar player with half a million customers.

Sunrun bought Vivint because of its focus on direct selling, a model Sunrun CEO Lynn Jurich said had become even more durable during the COVID-19 pandemic: “Both companies are delivering above where we expected.”

Rival SunPower has also seen a massive shift to digital sales, with about three-quarters of consultations now happening via video chat, up from a 10th previously.

CEO Tom Werner said he expected half of its sales would be digital from now on. He said it was harder to close deals in virtual chats but that was offset by cutting out travel time between appointments.

“Ideally, you have the day when solar is like Amazon, so you can buy and be fulfilled in a very efficient process,” he said.

Sunrun, meanwhile, had to pull its salespeople out of stores such as Costco and Home Depot during lockdowns, outlets that had been bringing in nearly a third of its sales. Within two weeks, Sunrun had moved its field sales team online and launched a promotion offering six months of home solar power for $6. While initial online commitments were lower, the percentage of customers following through was higher.

Sunrun said innovations like virtual sales and automating permits to avoid physical processing by authorities will trim about $2,000 off the cost of an array over the next year or so.

However, he said that it was harder to build rapport with customers without face-to-face contact.

SotySolar in Gijon in northern Spain accelerated the roll-out of a “Netflix-style” subscription model. It installs panels and charges a monthly fee though homeowners can buy them or end their contract when they like, said co-founder Daniel Fernandez.

“We have been thinking about doing this for a while, but we brought it forward because of this situation,” he said, adding that he expected to triple installations with the offer.

In Barcelona, renewable energy utility Holaluz has accelerated an initiative to install panels free for people with available roof space — and use them to generate power for all its customers. It aims to extend the plan to apartment blocks and commercial buildings.

Holaluz expects to boost clients to one million and carry out 50,000 rooftop solar installations by 2023. It estimates fewer than 10,000 Spanish homes currently have panels.

“This is the rooftop revolution,” said co-founder Carlota Pi. “We have spent so much time at home, we have become much more conscious of the value you can create by transforming your roof into a source of energy generation.”

These were the details of the news Rooftop revolution: Pandemic chill upends solar power industry for this day. We hope that we have succeeded by giving you the full details and information. To follow all our news, you can subscribe to the alerts system or to one of our different systems to provide you with all that is new.