Chinese banks prepare contingency plans over threat of US sanctions 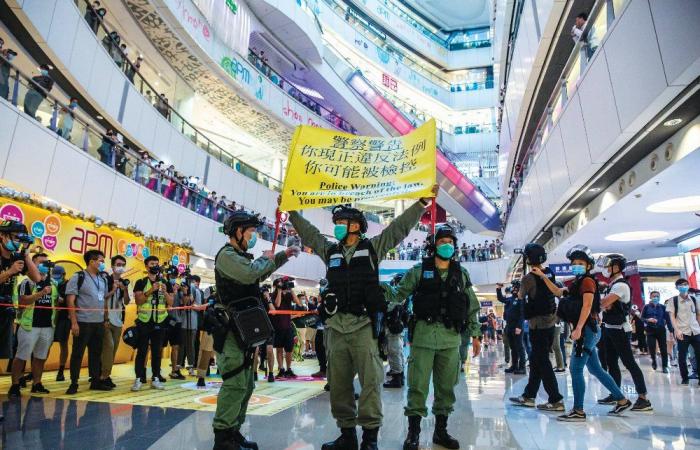 In worst-case scenarios under consideration by the Bank of China and Industrial and Commercial Bank of China (ICBC), lenders are looking at the possibility of being cut off from US dollars or losing access to US dollar settlements.

The dollar is the main currency for international payments and central bank reserves.

“We are hoping for the best, but preparing for the worst. You never know how things will turn out,” one of the sources said.

Reflecting concern over the erosion of the former British colony’s autonomy, the US House and Senate unanimously passed the bill last week. It has yet to be signed into law by President Donald Trump.

The bill calls for sanctions on Chinese officials and others who help violate Hong Kong’s autonomy and on financial institutions that do business with them. But it does not spell out what the sanctions would look like.

“There are sanctions in this bill which could be interpreted to prevent a bank from clearing some dollar transactions via US institutions, but unlike other congressional sanctions bills there are not specific provisions mandating it,” said Nick Turner, a lawyer specializing in sanctions and anti-money laundering at Steptoe & Johnson in Hong Kong.

He said it remained to be seen whether the law would be used in such a way.

In a milder scenario being looked at by the Agricultural Bank of China (AgBank) , lenders would need to find ways to address the problem of clients blacklisted by the US, especially those who might face a sudden loss of liquidity, a third source said.

The sources all declined to be named as the planning is confidential. Bank of China, ICBC and AgBank did not immediately respond to Reuters requests for comment.

The contingency planning has been initiated by the banks themselves, three of the sources said.

The People’s Bank of China and the China Banking and Insurance Regulatory Commission, top financial regulators overseeing country’s financial stability and the banking sector, did not immediately respond to Reuters requests for comment.

The worst-case scenario under consideration by the Bank of China also envisions what would happen in the event of a run on its branches in Hong Kong if customers feared that it would run out of US currency, one of the sources said.

It is also looking at the experience of banks in Iran, the same person said. Iranian banks have been hit from time to time by US sanctions dating back to the 1979 Islamic Revolution.

Bank of China, the country’s most international lender, had the biggest exposure of the country’s big four lenders to the greenback at the end of 2019, with about $433 billion in liabilities.

China’s top four banks, which also include ICBC, China Construction Bank and AgBank, had a combined 7.5 trillion yuan ($1 trillion) in US dollar liabilities at the end of 2019, annual reports show.

ICBC Leasing and CSIC Leasing did not immediately respond to requests for comment.

These were the details of the news Chinese banks prepare contingency plans over threat of US sanctions for this day. We hope that we have succeeded by giving you the full details and information. To follow all our news, you can subscribe to the alerts system or to one of our different systems to provide you with all that is new.