Global sukuk market: A window of opportunity is opening 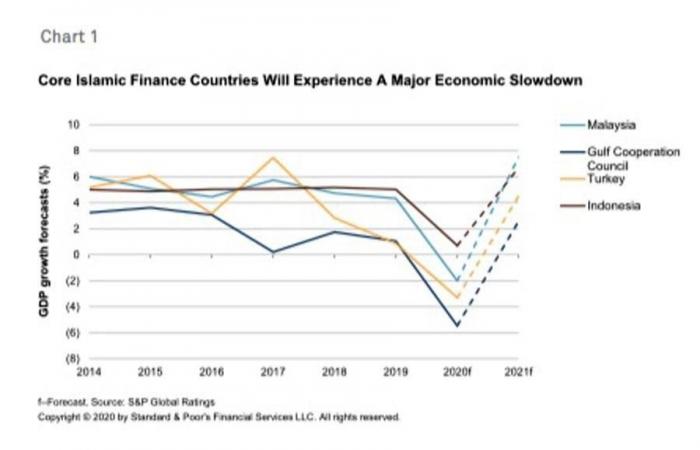 We show you our most important and recent visitors news details Global sukuk market: A window of opportunity is opening in the following article

Hind Al Soulia - Riyadh - Dubai — S&P Global Ratings believes that investors' risk aversion is subsiding, thanks among other factors to strong global liquidity. Over the past few weeks, issuers with good credit quality have approached the market, either by reopening sukuk or tapping established programs.

Debut issuance remains rare. Despite this glimmer of optimism, total issuance volume for the full year 2020 will be lower than in 2019 since corporates are holding on to cash, cutting capital expenditure, and using bank financing.

Central banks have already taken measures to boost banks' liquidity in core Islamic finance countries, so they are unlikely to issue sukuk as liquidity management instruments this year.

The difficult economic environment has led to higher financing needs for sovereigns, but most of them are turning to conventional markets due to the complexity of issuing sukuk.

In the current environment, the number of defaults among sukuk issuers with low credit quality will likely increase, which will serve to test the robustness of legal documents for sukuk.

Also, over the next six months, some sukuk may be issued to tackle social issues as economies recover, rather than solely to serve investors' financial interests. Such instruments will likely appeal to investors seeking to support the domestic economy or environment, social, and governance (ESG) goals.

As the spread of the coronavirus moderates in many core Islamic finance countries, policymakers will prioritize restarting the economy and limiting the overall impact of containment measures on productive capacity and employment.

Yet the events of 2020 will still constitute a major economic shock for all core Islamic finance countries, with a significant reduction of economic growth before a mild recovery in 2021 (see chart 1).

Against this backdrop, the volume of sukuk issuance will remain depressed in our view (see chart 2). In the first six months of 2020, the market dropped by 27%. We expect issuance volume to reach $100 billion at best this year compared with $162 billion in 2019, which represents an almost 40% decline.

In response to low oil prices and the pandemic's impact on the economy, several central banks launched liquidity programs to help corporations cope and to preserve the productive capacity of their economies.

As such, local banks are able to meet most of the economies' financing needs. We expect bank lending to increase by low- to mid-single digits in most core Islamic finance countries in 2020, and for some loans to be at subsidized rates; so there's little incentive for corporates to issue sukuk.

On top of this, corporates' financing needs have reduced, since they are delaying investments and reducing capital expenditure in the uncertain environment. Central banks have also reduced their issuances. So far in 2020, they have been injecting liquidity into the banking systems rather than taking it out; but we foresee some opportunistic issuances in 2020.

Market conditions have been extremely volatile over the past few months because of the pandemic. However, news of several countries' success in containing the virus and the gradual lifting of restrictions brought some stability to global capital markets, and we've seen an uptick in issuance (see chart 3).

For example, the Indonesian government issued a $2.5 billion global sukuk in June 2020, including a $750 million "green" tranche. One of the tranches with a 30-year maturity was well received by investors based on its pricing.

The overall sukuk offering was heavily oversubscribed, showing that, even during episodes of volatility, issuers with a sound credit standing can retain access to the market.

The volume of foreign-currency-denominated issuance has increased by 11.3%, primarily due to higher issuance from the Islamic Development Bank as part of its planned increase in lending, and a Kuwaiti bank's opportunistic launch of a Tier 1 instrument before the capital market instability started.

Bahrain has also stepped up its foreign currency issuances to support liquidity, and appears to favor sukuk as an instrument to raise funds. In our view, this will continue, unless there are setbacks, for instance due to a major second wave of infections.

Some market observers have wondered why governments in the Gulf and other core Islamic finance markets rushed to conventional capital markets instead of issuing sukuk.

The answer is simple: Sukuk issuance is still more complex than for conventional bonds. Only when the processing of both instrument types become broadly comparable — from a time, cost, and offer perspective — would governments view sukuk as an efficient source of funding on a regular basis.

The adoption of standards could help achieve this end if it happens across all markets, and if standard setters use a more inclusive approach in designing issuance standards. We are not yet there.

One positive development is that the Dubai Islamic Economy Development Center has recently announced it will work with partners to come up with an international legal framework for Islamic finance.

This is a positive step, but certain matters remain to be clarified, such as the scope and duration of the project and the willingness of Islamic finance jurisdictions to participate.

More Defaults And Innovation Will Come

Given the current shocks to the economic environment, credit risk is rising. We might see much higher default rates among sukuk issuers, especially those with low credit quality or business plans that depend on supportive economies and market conditions.

Defaults will test the robustness of the legal documentation used for sukuk issuance and provide insight into the outcome for investors.

Investors generally do not have access to the sukuk's underlying assets in the event of a default, except when those assets were sold to the special purpose vehicle issuing the sukuk, which is an exception rather than the norm.

We expect defaults and the implications for investors will bring the debate on standardization of legal documents back to the forefront.

The other interesting trend we've observed is the use of innovative structures to finance the economic recovery. One of them is the $1.5 billion sustainability sukuk issued by multilateral institution, the Islamic Development Bank (IsDB).

The proceeds of this sukuk will reportedly go toward helping the IsDB's member countries cope with the impact of the pandemic, particularly on health care and small and midsize enterprises.

Another example is the Prihatin sukuk that Malaysia is putting together. According to some market sources, the closest conventional instrument to this sukuk would be a war bond.

The idea is to issue a zero periodic-distribution-rate sukuk and use the proceeds to help restart the economy. The instrument will not only be attractive to investors from a financial standpoint but also to local investors (including retail investors) keen to contribute to the economic recovery.

It may also appeal to other local or foreign investors with ESG objectives. We understand the proceeds of the sukuk will support microenterprises run by women, improve broadband internet coverage for schools in rural areas, and provide research grants for the treatment of infectious diseases.

If anything, this shows that the pandemic is opening up a channel to put the 'S' of ESG back into Islamic finance and show the social aspect built into the core Sharia goals (Maqasid). We also think we will see more of these instruments, not just in Malaysia but elsewhere.

Although a part of sustainable finance, green sukuk will likely remain on the sidelines while governments in core Islamic finance countries deal with the impact of the pandemic.

If green sukuk can help accelerate the economic recovery, for example, by furthering efforts toward the energy transition, then we may see a resurgence in issuance. We don't expect that to happen over the next two quarters, however, but more likely in 2021. — S&P Global Ratings

These were the details of the news Global sukuk market: A window of opportunity is opening for this day. We hope that we have succeeded by giving you the full details and information. To follow all our news, you can subscribe to the alerts system or to one of our different systems to provide you with all that is new.