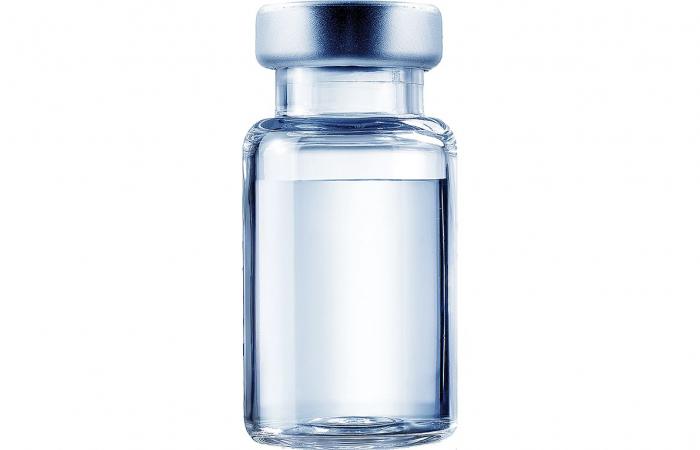 Dubai: At the beginning of my Zoom interview with Matthew Wilde I made the observation that people in his profession — the restructuring specialists whose job it is to rescue companies in distress — were a bit like journalists because “bad news is good news.”

Wilde, who recently became chief restructuring officer (CRO) for AlixPartners in the Middle East, takes a more nuanced view of the current situation. “I don’t think this situation overall is good news. It will be interesting and challenging, and ultimately I think it will be manageable, but it’s not good news,” he said.

I was not really suggesting that there was anything “good” about a situation where businesses in the UAE, Saudi Arabia and other parts of the Middle East were faced with such dramatic pressures as the pandemic has brought on them. A recent survey in Dubai found that 70 percent of small to medium businesses in the emirate would stop trading in the next six months, for example.

But CROs will be busy for the foreseeable future dealing with the repercussions, as will journalists in reporting on them.

Wilde’s vast experience in the restructuring business will be very much in demand, which was enough to lure him out of a brief semi-retirement to take the job at Alix. With 32 years in the business, most of them with international consulting firm PwC, and involvement in some of the biggest corporate emergencies in the Middle East, he thought it was time for the restructurers to “show their true worth” to the business community.

“We have sometimes been seen in a negative light and restructuring used to be something of a dirty word, but now it’s in fashion — if you are not restructuring in one way or another, you are pretty unusual.”

The “negative light” probably comes from the fact that the CRO usually shows up in the middle of a corporate disaster, and becomes associated with whatever basket-case is involved. Wilde has dealt with such corporate “causes celebres” as NMC, Dubai World and Al Jaber Group — all big, problematic situations for the UAE — as well as a number of cases in Saudi Arabia over the past few years.

Alix has advised too on the Abraaj disaster, which is still playing out in legal arenas across the world, though Wilde was not part of the team.

So does the region have a problem with corporate governance?

“Governance is a challenge globally. Look at Enron, Madoff and the like, these happened in the West and I guess it can happen anywhere. It doesn’t mean we should not strive to improve governance in order to continue to attract all the foreign direct investment we want to in the region,” he said.

But even with his experience of corporate failures, Wilde believes we are in unprecedented times with the economic and financial reverberations of the pandemic crisis.

“In some sectors, things are already pretty bad. This is going to go in stages, and we’re still handling the immediate lockdown stages. We’ll emerge at different paces in different sectors and the challenges will change over time. I don’t think of it as a new normal, but rather a succession of phases,” he said.

“I think it’s inevitable that there’s going to be some big changes, and some of that will be in the form of consolidation, some in the form of closures or even failures,” he added, describing three ways he sees the pandemic impact hitting regional business.

“Firstly there are those which have suffered a big direct impact on their demand from the COVID-19 situation, and where this impact is potentially long lasting or permanent,” he said. Some parts of the aviation and tourism sectors could fall into this category.

“Then there are those for whom the impact is temporary,” Wilde continued. The retail sector is likely to recover pretty quickly once lockdowns are lifted, though there could be permanent changes to the character of the business with, for example, an accelerated move towards online and delivery.

Finally, there are a set of businesses that will suffer because of the general economic downturn as a result of the pandemic. Consumer spending on luxury goods such as jewelry and cars is likely to take a hit as people decide not to splash out on expensive items in a recession, he said.

“The strategy responses needed will shift depending on how people perceive the cause of their particular impact. Those who see the impact as temporary will aim for a ‘hold and hope’ strategy, and those more permanently impacted will need to redesign their business models to handle lower demand.

“No one knows what the outcome will be so we are recommending planning for multiple scenarios,” Wilde said. Much depends on the state of health of the sector before the virus hit.

Parts of the healthcare sector have been negatively impacted by the pandemic, with elective surgeries and other specialism put on hold. “But this was a great sector beforehand and so the strategy for those guys is probably to ‘hold and hope,’ temporarily cutting cost and managing liquidity as they wait for the storm to pass and demand to recover,” he said.

In contrast, construction was in trouble before the pandemic, and could face future difficulties even as work continues on projects in the Middle East. “This was an area of considerable overcapacity before COVID-19 and it will likely be impacted by the recessionary pressures across the region going forward, where demand will fall. The strategy for that sector could be to consolidate and for some to retrench and get out of the sector,” Wilde said.

He warned, however, that not every business in trouble can be turned around or restructured. “My personal rule of thumb looks at six key areas of a business — finances, management, strategy, production, markets and supply chain — and if two or more are badly undermined I am inclined to move to a value preservation solution rather than pursue a turnaround.

“Often in the cases I get involved in there is enough value at stake that people will try to save it or try to create another solution that preserves value,” he said.

The other vital element that has to be preserved is cash. “They say cash is king. To me, cash in this environment equals opportunity — if you don’t have any you don’t have any opportunity. You have to preserve cash at all costs and that is about more than just making a 13-week short-term cash-flow forecast,” Wilde said.

In the end, it is likely to come down to the attitude of shareholders, creditors and customers, and Wilde recommends businesses get involved in dialogue with key stakeholders at an early stage. Central banks and governments in the region have advised lenders to take “a relaxed approach” towards their customers.

“One senior banker I spoke to very recently said ‘yes is the new no,’” he said, meaning that lenders have been more willing to react positively to a customer’s request for financial help. “Banks are often seen as being reluctant to support, but right now they are likely to be supportive,” he said.

But there is no guarantee this understanding attitude by the banks will last. “I think by about September or October some more serious conversations will need to happen. My biggest message to the business leaders out there would be: Don’t squander that window of opportunity to proactively engage with lenders now.”

He sees a different attitude from banks in Saudi Arabia compared to the UAE, which was badly hit by the global financial crisis in 2009 and adapted bankruptcy laws from that traumatic time.

“In Saudi Arabia, the banking sector is quite heavily interlinked, and when one of them starts taking action and the accounts get frozen quite quickly, many others will do the same and the business can fall into a spiral of decline.”

The new bankruptcy and insolvency laws in the Kingdom will help, but it is still a relatively new regime and still to be tried and tested by insolvency practitioners, bankers, lawyers and the courts.

“I am optimistic for the processes in Saudi and hope that the practitioners can quickly build some standards by which they can operate and that proposals become bankable,” he said.

“I’m not one of those that’s saying the region’s legal frameworks are in desperate need of major change immediately. What we’re in need of is some practice with these tools so we can build up experience in the institutions and amongst the practitioners and maybe that experience may throw up some areas for well focused reform over time, but lets see from experience first,” Wilde added.

AlixPartners’ corporate slogan is “When It Really Matters,” and Wilde thinks that is entirely appropriate. “Now it does really matter,” he said.

These were the details of the news AstraZeneca wins coronavirus vaccine deal to supply Europe for this day. We hope that we have succeeded by giving you the full details and information. To follow all our news, you can subscribe to the alerts system or to one of our different systems to provide you with all that is new.

PREV Saudi Arabia to invest more than $20 bln in its military industry over next decade
NEXT SABIC CEO: Aramco synergy will bring $1.8bn by 2025