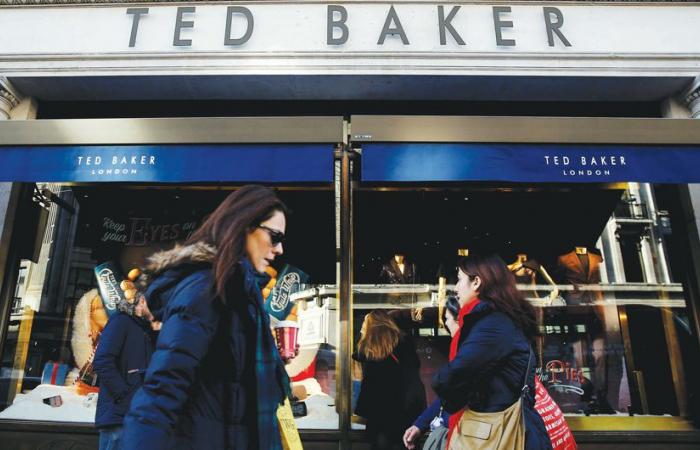 Jeddah - Yasmine El Tohamy - RIYADH: The Saudi budget announced by King Salman this week emphasizes the importance of financial sustainability and the need to increase state revenues, according to Finance Minister Mohammed Al-Jadaan. He said that the main goal is to improve the number and quality of services and ensure all infrastructure projects are completed.
Al-Jadaan was speaking at the 2020 Budget Meeting Sessions in Riyadh, which also featured a number of other ministers and officials.
The Ministry of Finance has made public expenditure more efficient and reduced public spending without compromising quality of services, Al-Jadaan said.
“There will be no more fees and taxes until after the financial, economic and social impacts have been considered carefully, especially in terms of economic competitiveness,” he said.
The Kingdom achieved some remarkable successes this year and will continue to build on them, he said. For example, the private sector cooperated in numerous projects, contributing to the reduction in public spending and creating a large number of job opportunities, he noted. The Kingdom will work to further empower the private sector as a key partner in development, said Al-Jadaan, who hopes to see more growth next year.
Ahmed Al-Kholifey, governor of the Saudi Arabian Monetary Agency (SAMA), said that figures from October reveal a 5 percent increase in liquidity, and loans to small and medium-size enterprises grew by 8 percent. SAMA has prepared an ambitious strategy to enhance financial inclusion, to boost and support the financial sector and enhance sustainable economic growth.
“The strategy ensures that all segments of society have access to the official financial system and the number of people having bank accounts rises,” Al-Kholifey said. SAMA is also developing initiatives to fuel the move to a cashless society, he added.
Mohammed Al-Tuwaijri, the minister of economy and planning, said 2019 was an important year for his ministry because it built “an enormous database that should help enhance the process of decision-making.” There was also a major transformation in the balance of payments, he noted, one of the key instruments for economic diversification.
The 2020 budget is designed to create job opportunities and support local services, while improving spending efficiency, he said, and economic-diversification policies are beginning to show results.
The government places great importance on reducing unemployment, Al-Tuwaijri said, and his ministry is working with the Ministry of Labor and Social Development to achieve this. Unemployment now stands at 12.3 percent, down from 12.9 percent last year, and he expects it to drop further by the end of the year. There are plans to create jobs in sectors such as tourism, culture, entertainment and hospitality as part of Vision 2030.
Bandar Al-Khorayef, the minister of industry and mineral resources, said his ministry works to improve and preserve gains in the industrial and mining sectors and create catalysts for investment and sustainable growth. An export bank will be launched soon, he added, noting that the financing of export operations reached SR 5 billion ($1.3 billion) this year.
“The industry and mining sector require major capital and a long-run investment lookout,” he said. “Investment in the sector involves many risks and the ministry must take this into consideration when it passes legislation, to ensure the sector and investors make profits.”
Saleh Al-Rasheed, governor of General Authority of Small and Medium Enterprises, said the organization works to create a competitive environment that encourages new businesses, by providing innovative financing solutions and investment opportunities. As of October, he noted, there were 550,725 SMEs in the Kingdom, contributing 28 percent of GDP.
Princess Haifa Muhammad, deputy chairwoman of the Saudi Commission for Tourism and National Heritage, said the tourism sector received a major boost from the increase in entertainment events. The special “Seasons” launched across the country created 50,000 jobs for young Saudis, and spending in the sector increased by 12 percent, she said.
The Kingdom has welcomed 115,000 since tourist visas were launched, she revealed, adding that the sector is growing at a rate of 3.9 percent, outpacing the global economy which is growing at 3.5 percent.
Justice Minister Walid Al-Samaani said the achievements of his ministry in the past few years have contributed greatly to improving the efficiency of the judicial system.
“We work to establish effective procedural governance and achieve sought-after digital transformation,” he said, adding that 15 electronic services were launched this year to expedite the processing of legal cases.
Housing Minister Majid Al-Hogail said the ministry served 300,000 families this year, providing them with housing and financing options. Of those, 165,000 received housing loans worth SR78 billion, 106,000 moved into homes and 90,000 received a land grant.
He highlighted the importance of enhancing partnerships with the private sector, which so far have helped provide 125,000 housing units in 70 projects with a total value of SR62 billion. In 2020, the ministry plans to build 100,000 housing units worth SR 65 billion.
Ahmed Al-Rajhi, the minister of labor and social development, said the ministry aims to create 1.5 million jobs by 2030. He added that the value of social financing offered to more than 60,000 citizens reached SR3.5 billion this year, and 2,462 small and medium-size enterprises benefited from SR526 million. In addition, 2843 non-profit organizations were founded, a 26 percent increase on last year.
The proportion of women in the workforce reached 25.3 percent this year, he added, and more than 175,500 jobs were Saudized.
Minister of Health Dr. Tawfiq Al-Rabeeah said the ministry plans to open 10 hospitals next year and ban the use of hydrogenated fats. It will continue to focus on public health initiatives to reduce chronic diseases and conditions such as obesity and smoking, and plans to improve health care options. This year, he added, the waiting list for outpatient departments at public hospitals fell from 59 to 24 days.

These were the details of the news Ted Baker bosses resign from crisis-hit fashion brand for this day. We hope that we have succeeded by giving you the full details and information. To follow all our news, you can subscribe to the alerts system or to one of our different systems to provide you with all that is new.