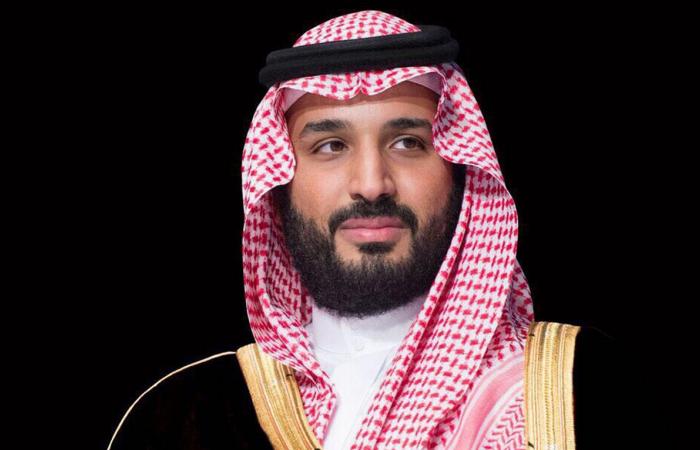 RIYADH: After King Salman announced Saudi Arabia’s budget for 2020 on Monday, Crown Prince Mohammed bin Salman highlighted some of its key elements and their implications, along with his thoughts on the ongoing implementation of economic reforms in the Kingdom.

He said that the government’s economic transformation of the country is progressing steadily in accordance with Vision 2030. The budget for the coming year reflects and reinforces the commitment to implement the reforms, plans and programs designed to help achieve this, he noted, and sets specific goals in a number of areas to help create a vibrant society, a prosperous economy and an ambitious homeland.

The crown prince added that the government is working to improve the quality of life in the Kingdom by developing and diversifying the economy, improving job opportunities and enhancing government services in terms of financial and economic stability, which is the main pillar of sustainable economic growth.

He also pointed out that the economic and structural reforms implemented during the past three years are having positive effects on the country’s financial and economic performance. The Kingdom has recently achieved remarkable increases in real GDP growth rates in the non-oil sector, and the government has encouraged the private sector play an important role in the economy, the positive results of which include significant growth in the business sector, the crown prince added. The government has also implemented a number major projects in vital sectors and launched activities that will help to achieve economic growth goals and create job opportunities, he said.

Crown Prince Mohammed stressed the importance of engaging with the private sector as a major and vital partner for the development of the Kingdom. He also noted the continuing program of reforms by the government designed to develop the business sector and create an attractive environment for investors to contribute to economic growth. This has helped to greatly boost the Kingdom’s ranking on international indexes that measure competitiveness and ease of doing business, he added.

“We aim to create an attractive investment environment that contributes to directing the national economy toward broad prospects of diversification, growth and prosperity,” the crown prince said. “The government will continue to move forward with implementing the stages of economic transformation and will progress with diversifying the economy’s productive base while maintaining financial sustainability and providing wider opportunities for a better future for the current and future generations.”

He stated that the government has a clear vision, fixed goals and explicit plans, and is working on implementing them while maintaining financial and economic stability as an essential pillar of sustainable economic growth.

“Financial and economic results and indicators confirm that we are progressing positively,” he said. “We constantly review and update the policies, procedures and programs implemented to ensure their effectiveness and to rectify their course whenever the need arises, in order to achieve the goals of the Kingdom’s Vision 2030, taking into account the global financial and economic conditions and what is in the interest of our homeland and citizens.”

The 2020 Saudi budget has been prepared in light of a global economic atmosphere characterized by challenges, risks and protectionist policies, said Crown Prince Mohammed, which require flexibility in the management of public finances and strengthening the ability of the economy to face the challenges and risks.

“We aim, through this budget, to benefit from the programs that were achieved and rely on them to maintain a balance between economic growth and the sustainable financial stability that guarantees this growth,” he said.

The crown prince noted that financial-control policies and the development of public financial management and its efficiency have contributed to the continued reduction of the budget deficit. This is expected to fall to about 4.7 percent of GDP in 2019, compared with 5.9 percent in 2018 and 9.3 percent in 2017. This confirms the success of ongoing efforts to ensure financial sustainability, and progress in implementing projects to improve the private sector, he added.

He also confirmed that the 2020 budget continues to support programs that contribute to achieving Vision 2030. This includes the financing of major projects, helping to develop medium, small and micro enterprises, and supporting entrepreneurs. These are some of the most important engines for economic growth, which will help to diversify the economy and open up new fields for investment and employment, he added

The budget includes reviews of some of these programs and schedules to ensure they reach their goals, Crown Prince Mohammed said, and the continued development and modernization of government infrastructure and services. He also stressed the government’s focus on improving the efficiency and quality of spending, to make the best use of state resources to achieve the highest possible social and economic income.

He highlighted the recent launch of oil company Saudi Aramco as a major step forward for the Kingdom, and his support for enhancing the role and participation of the private sector in the nation’s economy. He noted that opportunities for the private sector will continue to increase, enhancing its role in the growth and diversification of the economy and in creating job opportunities in the medium and long terms.

The crown prince also pointed out the part played by the Public Investment Fund and the National Development Fund in achieving Vision 2030, as the local and external investment mechanisms and the growth arm of the local economy, which are also contributing to the diversification of the economy and income sources. These are among the most important strategic goals of Vision 2030, he said.

These were the details of the news Crown prince highlights key ways Saudi budget 2020 will contribute to Vision 2030 for this day. We hope that we have succeeded by giving you the full details and information. To follow all our news, you can subscribe to the alerts system or to one of our different systems to provide you with all that is new.