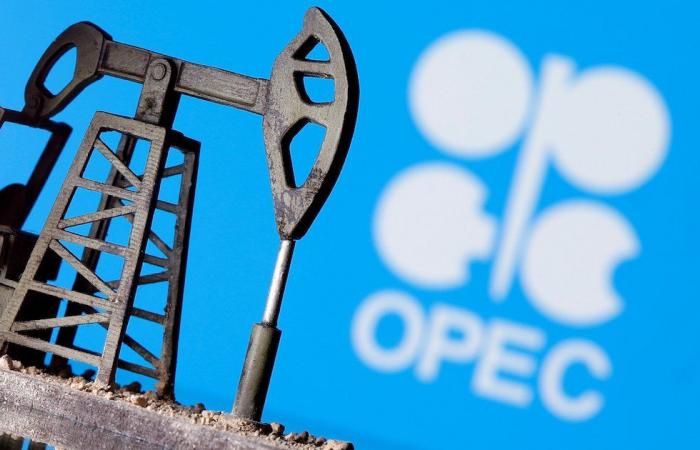 After a week of negotiation, a virtual meeting of the Organization of the Petroleum Exporting Countries (OPEC) was expected to take place on Saturday to formally seal the agreement to keep combined cuts at 9.7 million barrels per day (bpd) for at least another month.

Last-minute worries about Iraq, which had held out over committing to its share of the cuts, were overcome with a pledge by Baghdad to stick to the agreed limits and to make up any shortfall in the coming months, according to an official from one of the OPEC delegate countries.

In a speech in Washington, D.C., US President Donald Trump praised the work of OPEC+ in rebalancing the oil market. “We saved that industry (US oil) in a short period of time, and you know who helped us? Saudi Arabia and Russia and others. We got them to cut back substantially,” he said.

The deal struck in April to cut an unprecedented 9.7 million bpd, reinforced by an extra 1 million bpd voluntary cut by Saudi Arabia and smaller amounts by the UAE and Kuwait, has been credited with pulling global oil markets back from the brink of collapse.

Brent crude, the global benchmark, jumped nearly 6 percent in European trading, to stand above $42 per barrel. Oil prices have more than doubled since “Black Monday” on April 20, when West Texas Intermediate (WTI), the American benchmark, fell briefly into negative territory largely because of trading technicalities.

WTI was trading at more than $39 on Friday, raising the possibility that some of the US production lost due to well shut-ins and corporate failures might come back onto the market.

Saudi Energy Minister Prince Abdul Aziz bin Salman was due to address the OPEC+ meeting in his capacity as co-chairman of the joint ministerial monitoring committee (JMMC).

According to an official, the prince was expected to stress the need for vigilant monitoring by OPEC+ of supply limits.

“As a representative of the UAE, I find it disappointing and unacceptable that some of the largest producers with capacity like (Saudi Arabia) and Russia comply 100 percent or more while other major producers do less than 50 percent,” he wrote in the letter seen by Reuters.

Iraq and Nigeria have been regarded as the biggest laggards on compliance in the OPEC+ partnership, both arguing that their financial needs required them to sell as much oil as possible. Last week Nigeria indicated its willingness to adhere to the limits.

Wrangling with Iraq continued into Friday until a breakthrough was finally reached, and Baghdad promised to abide by the terms of the original deal and stick to compliance agreements.

Monthly meetings of OPEC’s JMMC will take place until the end of the year to monitor compliance levels among OPEC+ countries, and to assess the overall state of the market.

There has been no decision as yet on whether Saudi Arabia and other Gulf countries will continue the extra 1 million bpd cuts, which could expire at the end of this month.

Oil-market sentiment was also lifted by a surprise fall in American unemployment, taken as a sign that the US economy could recover more strongly than expected.

Global oil exporters have come under intense pressure this year as the pandemic stifles the beginning of a recovery in energy investment that had started to materialize.

At the start of the year, global energy investment was expected to rise 2 percent in 2020, its biggest growth in six years, the International Energy Agency (IEA) had predicted. Instead, the Paris-based organization now expects global investment in energy to plunge by 20 percent this year — the equivalent of $400 billion.

These were the details of the news Crude prices surge as OPEC+ agrees to extend cuts for this day. We hope that we have succeeded by giving you the full details and information. To follow all our news, you can subscribe to the alerts system or to one of our different systems to provide you with all that is new.