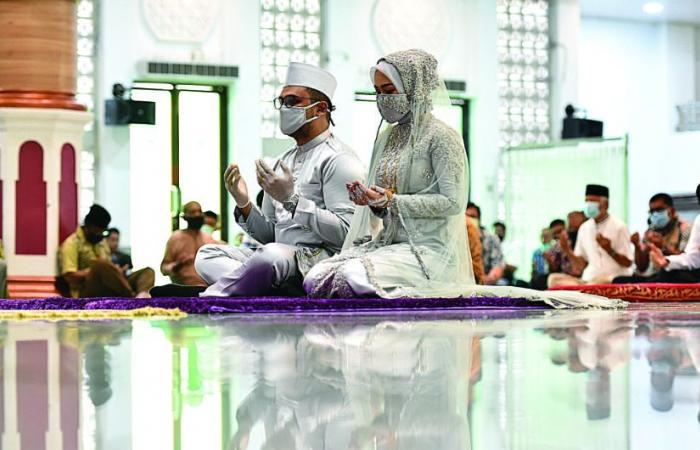 Jeddah - Yasmine El Tohamy - ATHENS: For nearly four months, Capt. Andrei Kogankov and his oil tanker crew haven’t set foot on dry land. With global travel at a virtual standstill due to the coronavirus pandemic, the Russian captain was forced to extend his normal contract. He still doesn’t know when he’ll be able to go home.

Countries across the world have imposed lockdowns, shut borders and suspended international flights to curb the spread of the new coronavirus. The move was deemed essential to prevent rampaging contagion, but merchant ship crews have become unintended collateral damage.

About 150,000 seafarers are stranded at sea in need of crew changes, according to the International Chamber of Shipping. Roughly another 150,000 are stuck on shore, waiting to get back to work.

“In some ways, they’ve been the forgotten army of people,” said Guy Platten, secretary general of the ICS. “It’s not a tenable position to keep on indefinitely. You can’t just keep extending people,” said Platten.

With more than 80 percent of global trade by volume transported by sea, the world’s more than 2 million merchant seafarers play a vital role.

“They’re out of sight and out of mind, and yet they’re absolutely essential for moving the fuel, the food, the medical supplies and all the other vital goods to feed world trade,” Platten said.

International shipping organizations, trade unions and shipping companies are urging countries to recognize merchant crews as essential workers and allow them to travel and carry out crew changes.

“Our challenge now is to get a very strong message to governments. You can’t expect people to move (personal protective equipment), drugs and all the issues that we need to respond to COVID, and keep cities and countries that are in lockdown fed, if you don’t move cargo on ships,” said Steve Cotton, General Secretary of the International Transport Workers’ Federation, or ITF. “They’ve got to recognize the sacrifice seafarers are making for our global society.”

Kogankov is seven months into a four-month contract and was supposed to be replaced in mid-March in Qatar. But a few days before he arrived, Qatar imposed a lockdown and banned international flights.

From there to South Korea, Japan, South Korea again and on to Singapore and Thailand, each time the same story: Lockdown. No flights. No going home.

The uncertainty and open-ended extension of his contract — and with it the responsibility for his 21-man crew and a ship carrying flammable cargo — is taking its toll.

“When you are seven months on board, you are becoming physically and mentally exhausted,” Kogankov said by satellite phone from Thailand. “We are working 24/7. We don’t have, let’s say, Friday night or Saturday night or weekends. No, the vessel is running all the time.”

Officers sign on for three to four months, the rest of the crew for around seven months. But they always have an end date. Take that away, and suddenly the prospect of endless workdays becomes a strain.

“We’re gravely worried that there could be a higher increase of incidents and accidents. But we also are seeing a high level of what I would describe as anxiety and frustration,” Cotton said. “If you don’t know when you’re going to get off a ship, that adds to a high level of anxiety that really is quite demoralizing.”

Unless governments facilitate crew changes, Cotton warned, “it’s difficult for us to convince the seafarers not to take more dramatic action, and ... stop working.”

It’s not just crew changes that are problematic during the pandemic. Getting medical help for seafarers has also become difficult, as Capt. Stephan Berger discovered when one of his crew fell ill — not with coronavirus.

Lockdowns in successive ports made visiting a doctor impossible. It took multiple phone calls and the combined efforts of a Dubai paramedic, Berger and the German ship-owning company to eventually get the necessary care for the crewmember, who was hospitalized for three weeks.

Of the 23 people aboard Berger’s Berlin Express, 18 were due for a crew change when it moored in Valencia, Spain, in late May. The officers had extended what were normally three-month contracts to four and five months, while the mostly Filipino crew had been on board for eight or nine months, instead of three or four.

Despite this, morale has been good, Berger said.

Nobody is particularly happy with the contract extensions, “but we have to take it as it is,” he said. “It feels sometimes like a prison.”

Ship-owning company Hapag-Lloyd was doing everything it could to arrange crew changes and managed to arrange for the seven European crew members to sign off in Barcelona on May 30, Berger said. But there are still no flights home for the Filipino crew.

“We are very much hidden. We are on board our vessels, and the people might see the big ships coming in and out of the ports, but very seldom they see the people who are operating the ships,” Berger said. “We hope that people would recognize it a little bit more now.”

On another Hapag-Lloyd container ship, apprentice Hannah Gerlach was to sign off in mid-March in Singapore. But even as her vessel headed to Asia, it was clear that wouldn’t happen. Gerlach packed her bags for an earlier departure from Sri Lanka, but by the time she arrived, so had the lockdown.

“I definitely miss my family very much ... And I miss just these moments of a normal life, to have the possibility to go out for a walk, to the forest, to ride the bicycle,” Gerlach said. “You don’t know any more when your contract will end, when you have the chance to see your family again.”

David Hammond, founder of the Human Rights at Sea organization, said many seafarers “have really been at the end of their tether” due to contract extensions. “The reality is that until there is global cooperation among states and shipping entities ... then crew change is going to be very problematic.”

These were the details of the news Top supplier Malaysia sees no quick end to shortages in $8bn gloves industry for this day. We hope that we have succeeded by giving you the full details and information. To follow all our news, you can subscribe to the alerts system or to one of our different systems to provide you with all that is new. 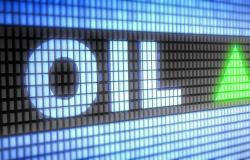