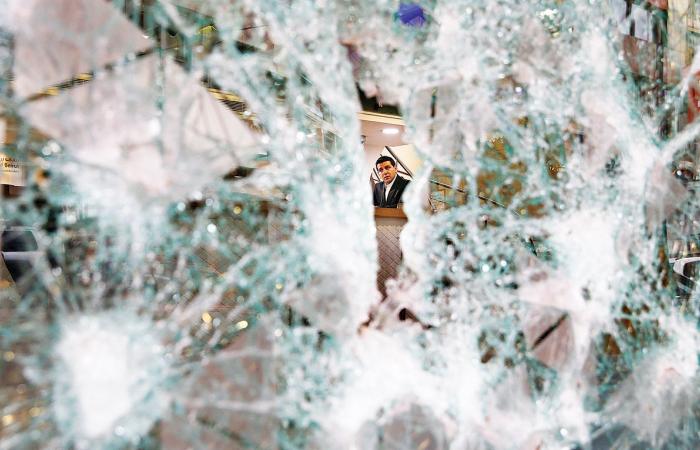 Jeddah - Yasmine El Tohamy - BEIRUT: Touted as the guardian of Lebanon’s monetary stability, he has steered the country’s finances for nearly three decades through post-war recovery and bouts of unrest.

Now, Lebanon’s central bank governor is being called a “thief” by some anti-government protesters who see him as a member of a corrupt ruling elite whose mismanagement has driven the country to the edge of bankruptcy.

The changing fortunes of Riad Salameh, a 69-year-old former investment banker, mirror the rise and fall of Lebanon’s post-war banking sector, which he has personally overseen.

Last year, as economic conditions worsened and Lebanon was engulfed in mass protests, banks began imposing limits on cash withdrawals and transfers abroad that continue to deprive depositors of access to their savings. In recent weeks, the Lebanese pound — pegged to the dollar for more than two decades under Salameh — lost 60 percent of its value against the dollar on the black market.

“They are like thieves, hiding behind their fortifications,” said Ahmad Rustom, 46, a self-employed carpenter standing outside a local bank in Beirut recently. “The fact that they are fortifying ‘the banks) means they don’t intend to give people their money back.”

At the center of this tumult is Salameh, one of the world’s longest-serving bank governors. Prime Minister Hassan Diab’s government has singled him out, blaming the bank’s “opaque policies” for the downward currency spiral over the past weeks.

Naim Kassem, the deputy leader of the militant Hezbollah group which supports Diab’s government, said the crash “is the result of accumulated mistakes at the central bank.” The Iran-backed group and its allies see Salameh as being pro-American by strictly implementing US sanctions against the group, listed as a terrorist organization by Washington.

Salameh declined an AP request for an interview but defended himself publicly against what he described as a “systematic campaign” against the central bank, blaming successive governments for the crisis.

“Yes, the central bank financed the state, but it is not the one that spent the money,” Salameh said in a televised speech.

In perhaps the starkest warning to Salameh, the head of cash operations at the central bank was charged earlier this month with violating banking laws and money laundering, allegations the central bank denied. The official, Mazen Hamdan, was later released on bail.

Salameh’s supporters say he did his best to keep the economy afloat and is being made a scapegoat.

David Schenker, the US assistant secretary of state for Near Eastern affairs, has weighed in, saying Salameh has credibility and that Washington has “worked well” with him.

Nassib Ghobril, chief economist at Lebanon’s Byblos Bank, the country’s third-largest lender, said Salameh “used the tools at hand to maintain the currency stability for so long, despite the fact that only the monetary policy was functioning” in the country.

Salameh, a Maronite Christian like all central bank governors under Lebanon’s sectarian power-sharing system, took the post in 1993, three years after Lebanon’s 15-year civil war ended. It was a time when the country was nearly bankrupt and the currency had hit record lows.

He had been an investment banker for 20 years with Merrill Lynch shuttling between Beirut and Paris when the country’s new prime minister, billionaire businessman Rafik Hariri, picked him for governor.

According to a biography in the Lebanese Armed Forces magazine, Salameh used to handle investments for wealthy Arab businessmen, including the late Hariri.

Shortly after he took over, the Lebanese pound began making gains. In four years, it reached 1,500 pounds to the dollar, where it remained pegged until late last year.

Salameh is credited with preserving financial stability at critical junctures. This included the 2005 assassination of Hariri, the devastating month-long war between Israel and Hezbollah in 2006, and the influx of more than a million refugees during Syria’s continuing civil war.

In 2009, he became the first Arab central bank governor to ring the bell at the New York Stock Exchange.

“I hope that through my work I have benefited Lebanon and its banking sector but for sure this is not an individual effort but that of a team at the central bank,” he once said in an interview.

Successive governments, however, did little to enact reforms or improve Lebanon’s infrastructure, while continuing to borrow heavily, accumulating one of the world’s largest debts reaching $90 billion, or 170 percent of GDP.

With Lebanon in constant need of hard currency to cover its massive trade balance deficit — it exports way too little and imports almost everything — Salameh helped attract deposits to local banks by offering higher interest rates than those of international markets.

This approach is what his detractors now say proved too costly for the country. An economic recovery plan recently adopted by the government showed that the central bank had $44 billion in losses over the past years, the result of losing financial operations.

In the months before anti-government demonstrations erupted last October, panicked depositors pulled billions of dollars from banks, which subsequently closed for two weeks and later imposed stringent restrictions on withdrawals.

A graffiti on another Beirut street reads: “Riad Salameh should be executed.”

Economist Louis Hobeika said Salameh’s biggest mistake was staying in his post for 27 years. “He is going to leave a very mixed legacy,” Hobeika said.

In an editorial in the daily Al-Akhbar, Ibrahim Al-Amin compared Salameh’s policies over the years to plastic surgery.

“All the plastic surgeries are not useful anymore,” Al-Amin wrote. “Please leave.”

These were the details of the news Beirut’s bank chief comes under fire over crisis for this day. We hope that we have succeeded by giving you the full details and information. To follow all our news, you can subscribe to the alerts system or to one of our different systems to provide you with all that is new. 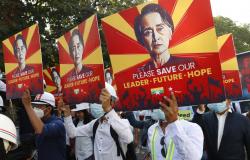 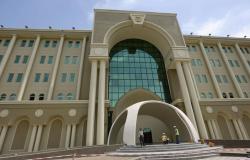 Report: US wasted billions on cars, buildings in Afghanistan 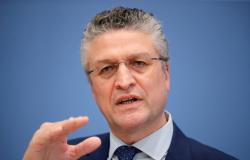