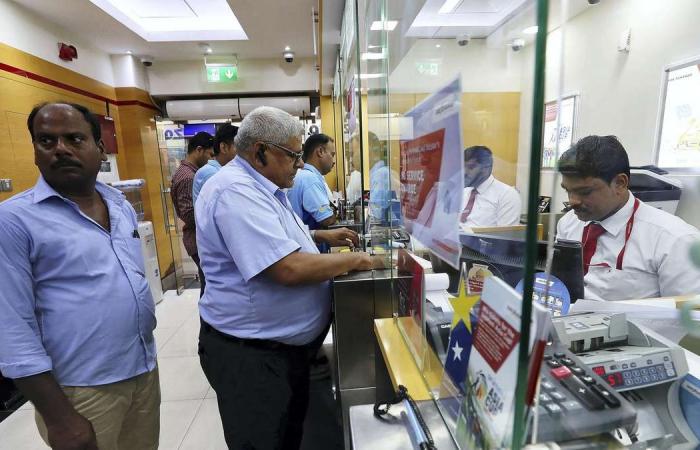 Hind Al Soulia - Riyadh - Branches of UAE Exchange remained open on Wednesday but customers could not remit or exchange money.

Staff at its various branches turned people away saying systems were down and all transactions were temporarily suspended at branches and online.

“Right now, the only service we can do is checking transaction history,” said Peejay Alcantara, a sales consultant at a Dubai branch in Jumeirah Lake Towers.

“We are still accommodating for those customers who want to check their account.”

The suspension may last a few days as the country’s Central Bank gears up to take over the operations of the currency exchange business.

The Central Bank of the UAE initiated an investigation into the currency exchange company on March 18, after questions over the potential insolvency of its parent company, Finablr.

The operation of a Wage Protection System, an electronic salary transfer system that allows institutions to pay worker's wages through approved agents, continues to work but some branches did not have money to give workers seeking to withdraw money.

Salem Mohammed, a construction worker from Indian, was told he could not withdraw money with his wage protection system card and should instead go to a bank.

“I don’t have money now. I will speak to my manager at my camp.”

Staff explained the situation to queues of customers who had come to its Dubai centres to remit, withdraw and exchange money.

“We are guiding them towards the nearest centre,” said an employee of a branch near Dubai Internet City.

“We are making them realise that our systems have been affected. It’s a hard time for us but we’ll bounce back.”

The company issued a statement on March 16 saying "due to certain operational challenges, we are temporarily not accepting any new transactions at UAE Exchange branches and via our online channels".

"We are currently focused on processing all existing transactions as quickly as possible", the company said.

For customers like Danneb Muana, a waiter who wanted to remit money to the Phillipines, the shutdown is not more than an inconvenience.

He remained confident the problem would be resolved quickly.

“I don’t have a choice so I will just wait a few days,” said Mr Muana.

Pierre Welter, a German tourist on holiday in Dubai, said the suspension of services was a disappointment.

“I have no more money, only Euros” he said.

“It was the same yesterday. I am relying on my bank card.”

These were the details of the news UAE Exchange branches open but services are suspended temporarily for this day. We hope that we have succeeded by giving you the full details and information. To follow all our news, you can subscribe to the alerts system or to one of our different systems to provide you with all that is new.