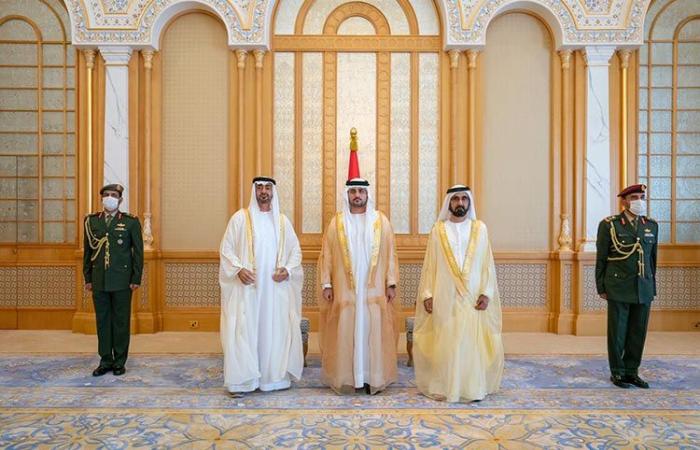 Sheikh Mohammed said on Twitter, “Today, I witnessed with my brother Mohamed Bin Zayed, , the oath taking ceremony of the new cabinet formation in the federal government... Our new methodology is clear... a government that is faster in achievement... closer to the field... the focus of its human work... and its ambitions to precede itself... and precede its yesterday and bring the best life to its people.”

Sheikh Mohamed Bin Zayed said, “I joined my brother Mohammed Bin Rashid to witness the swearing in of the new UAE Government. Looking ahead to the next 50 years we are well equipped to accelerate our pace of development, which will further strengthen our economy and our nation’s standing in the world.”

Minister of State for Youth Affairs, Shamma Al Mazrui said, “We ask God to help us carry the trust of our dear leadership to serve the country and people...

“We are ahead of our day in the speed of achievement, the determination of the youth, and the priority of investing in people... and for a people who deserved the first ranks in all fields.”Dr Anwar Bin Mohammed Gargash, the Diplomatic Advisor to President of the UAE, said, “The major strategic transformations, inspiring ideas and ambitious projects are headlines that distinguished the UAE's march and established its reputation as a model for renaissance.”

These were the details of the news New Cabinet ministers take oath before Sheikh Mohammed and Sheikh Mohamed Bin Zayed for this day. We hope that we have succeeded by giving you the full details and information. To follow all our news, you can subscribe to the alerts system or to one of our different systems to provide you with all that is new.