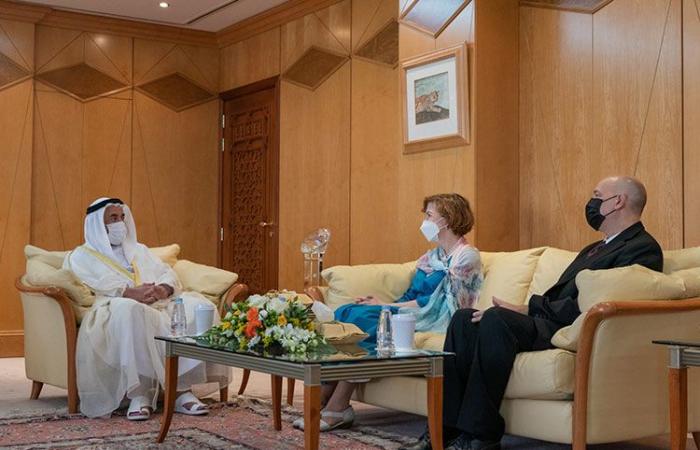 This came during his meeting, on Tuesday, with Dr Susan Mumm, the new Chancellor of the American University Sharjah, in the presence of a number of members of the university's board of trustees and the vice-president in his office at the university.

Dr Susan, who pays great attention to science and culture through all Sharjah institutions, universities and institutes, and at the American University of Sharjah, which has become a prestigious educational and academic institution that has had a great impact in qualifying and graduating specialised scientific cadres that contribute to the development and progress of societies.

Sheikh Sultan extended his sincere thanks to Prof. Kevin Mitchel for his efforts during the period of his administration of the university and to ensure its continued progress and achievement of its goals.

Sheikh Sultan pointed to the importance of scientific research, which the university sets as a main objective to advance it and encourage its students to innovate and conduct scientific research that contributes to serving humanity and developing human knowledge in all sciences.

The meeting touched upon the strategic plans that the university is working on to achieve its goals of providing high-quality education through the best teaching and administrative staff, modern facilities and laboratories, and research institutes, and to attract distinguished students from all over the world.

Dr Susan expressed her thanks for the trust placed in her to the university management, praising the great scientific level and the prestigious position that the university enjoys under the directives and vision of Sheikh Sultan.

These were the details of the news Sheikh Sultan allocates Dhs100 million for scientific research at AUS for this day. We hope that we have succeeded by giving you the full details and information. To follow all our news, you can subscribe to the alerts system or to one of our different systems to provide you with all that is new. 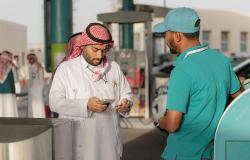