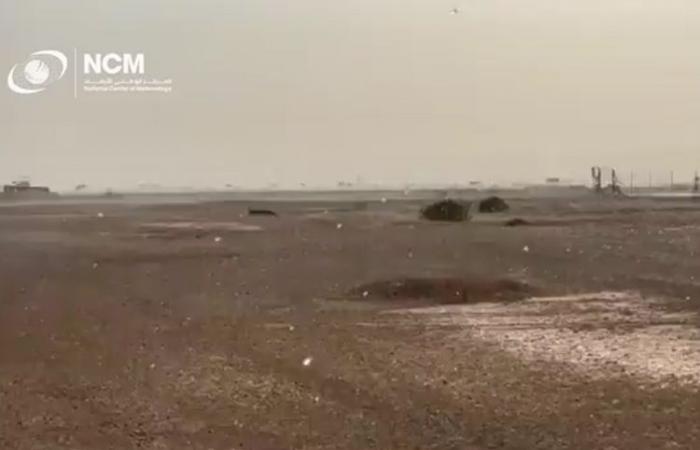 Hello and welcome to the details of VIDEO: UAE areas witness rainfall, Dubai records 45.6ºC and now with the details

Separate areas of the country on Sunday witnessed rainfall of different levels, because of the country being affected by weak surface pressure distributions, accompanied with an extension of an upper air low pressure, according to the National Centre for Meteorology.

The National Center of Meteorology called for exercising caution while driving during the rain, as well as with the lack of horizontal visibility. It also advises the public to stay away from places where rainwater assemble and the surface-run-offs.

The NCM also stated that the weather on Monday and Tuesday is expected to be fair to partly cloudy and hazy at times. Convective clouds may tower over eastward by afternoon. Humid by night and morning until Thursday with a probability of fog or mist formation over some coastal and inland areas. Light to moderate southeasterly, becoming northeasterly and northwesterly winds, freshening at times during daytime, with a speed of 15 – 25, reaching 35 km/hr. The sea will be slight to moderate at times in the Arabian Gulf and slight in Oman Sea.

On Wednesday, the weather is expected to be fair to partly cloudy and hazy at times. Clouds may tower over the mountains by afternoon. Humid by night and Thursday morning over some coastal and inland areas.

Light to moderate southwesterly, becoming northwesterly winds, freshening at times during daytime, with a speed of 15 – 25, reaching 35 km/hr. The sea will be slight to moderate in the Arabian Gulf and slight in Oman Sea, the NCM added.

These were the details of the news VIDEO: UAE areas witness rainfall, Dubai records 45.6ºC for this day. We hope that we have succeeded by giving you the full details and information. To follow all our news, you can subscribe to the alerts system or to one of our different systems to provide you with all that is new.