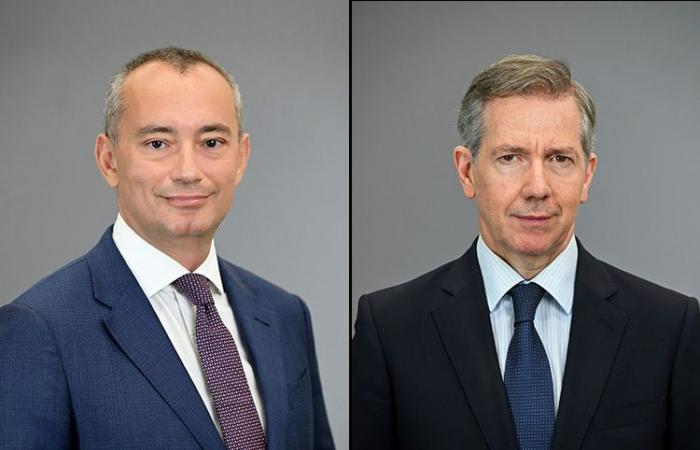 The Anwar Gargash Diplomatic Academy (AGDA) has announced the appointment of Nickolay Mladenov, a former diplomat and former UN Special Coordinator for the Middle East Peace Process, as the Director of the institution’s Research and Analysis Department.

Once inmates Taliban now in charge in a Kabul prison

Extending a cordial welcome to him, Bernardino León, Director General of AGDA, said: “We are proud to have among us His Excellency Nickolay Mladenov, who I am confident will add tremendous value to our institution. As a veteran former diplomat, he brings a wealth of experience and solid understanding in Middle East and European affairs that will immensely enrich our future diplomats. Not to mention that his unique ideas and insights will play a catalyst in enabling AGDA to fulfil its goals and reach its full potential.”

Mladenov’s current role involves supervision of projects that contribute to domestic and international debates, on issues relevant to the UAE’s foreign policy.

“I am thrilled to join the Anwar Gargash Diplomatic Academy, at such an exciting time,” he said. “The Academy has established itself as a centre of excellence in preparing distinguished professionals for the challenges and opportunities of 21st-century diplomacy. Fostering a greater understanding between cultures, supporting fair economic and social development, and conflict prevention, are just some of the areas where bilateral and multilateral diplomacy will need to focus on in the future. I hope to be able to contribute to making AGDA a leading academic, training and research institution in these areas.”

Mladenov's career has included serving as a member of the European Parliament. In 2013, he was appointed representative for Iraq and Head of the United Nations Assistance Mission for Iraq, by the former United Nations Secretary-General Ban Ki-moon. He served as the UN Secretary General’s Special Coordinator for the Middle East Peace Process and Envoy to the Middle East Quartet between 2015 and 2020, playing a critical role in advancing peace diplomacy in the region, preserving the idea of a negotiated solution to the Israeli-Palestinian conflict and providing support for the emerging Arab-Israeli diplomatic relations.

For more than a decade Mladenov was active in Bulgarian politics. He served as the Minister of Foreign Affairs from 2010 to 2013 and as the Minister of Defence from 2009 to 2010. In both positions, he dealt with a multitude of international crises and promoted a landmark reform legislation, while overseeing complex budget optimisations and institutional restructuring.

Moreover, he was honoured this year with the Grand Star of the Order of Jerusalem by Palestinian President Mahmoud Abbas, and is a Segal Distinguished Visiting Fellow at the Washington Institute for Near East Policy.

These were the details of the news Former Middle East Peace Process envoy Nickolay Mladenov joins Anwar Gargash Diplomatic Academy for this day. We hope that we have succeeded by giving you the full details and information. To follow all our news, you can subscribe to the alerts system or to one of our different systems to provide you with all that is new.