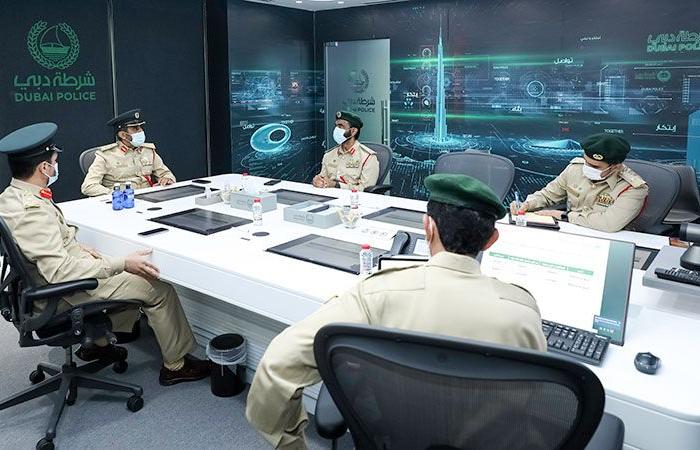 Hello and welcome to the details of Dubai Police answer 99% of 1.2 million calls in 10 seconds and now with the details

The Dubai Police are perennially alert and quick to react to emergencies, raising their response levels to a new high. It shows their full-on determination to keep the emirate secure, and enhance its stature as an extremely safe place for residents and visitors from all over the world.


4,138 violations registered of not giving priority to pedestrians in Abu Dhabi

Artists from across the globe display attachment for UAE

Officials of Dubai Police' Command and Control Centre said during the second quarter of 2021, Dubai Police's emergency hotline 999 received 1,177,347 calls of which 99.6% were answered within 10 seconds, compared to 1,094,373 calls received during the same period last year.

Furthermore, Dubai Police's Commander-in-chief also reviewed the statistics of 901call centre, where the total number of received calls reached 168,949 calls during the second quarter – of those 94.42% were answered within 20 seconds.

At the end of the meeting, Al Marri called upon staff members to fulfil their job requirements in a timely and accurate manner, to improve business quality and performance to upgrade work standards to the highest levels. He also urged the public to understand the difference between 901 and the emergency hotline 999 and be more mindful of the calls they make to the hotline.

These were the details of the news Dubai Police answer 99% of 1.2 million calls in 10 seconds for this day. We hope that we have succeeded by giving you the full details and information. To follow all our news, you can subscribe to the alerts system or to one of our different systems to provide you with all that is new.