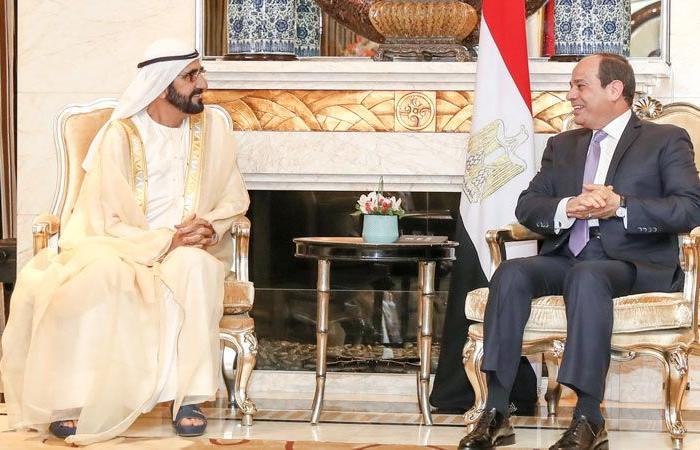 
It's a gesture that has delighted the hearts of many Egyptians not just in the UAE but also back in Egypt. His Highness Sheikh Mohammed Bin Rashid Al Maktoum, Vice President and Prime Minister of the UAE and Ruler of Dubai, has stepped in to end the woes of transit Egyptian travellers stranded in the Emirates.

The Egyptians were en route to Saudi Arabia, but were stuck in the UAE after Saudi Arabia suspended international flights for all nationalities except Saudi citizens.


The Egyptian government has thanked Sheikh Mohammed profusely for his magnanimous act. He issued directions to airlift the stranded Egyptians back home with no charges on modifying their flight tickets.


Ambassador Nabila Makram Abdel Shaheed, Minister of State for Immigration and Egyptian Affairs Abroad, expressed her deep gratitude and appreciation to His Highness Sheikh Mohammed Bin Rashid, for the rapid intervention provided by the Dubai government to tackle the issue of the Egyptian transit travellers who were stuck in the UAE due to suspension of entry to Saudi Arabia.


Last week, Saudi Arabia suspended the entry of all nationalities, except for Saudi citizens, as a precautionary measure to confront the coronavirus pandemic.


The Egyptian Minister of Immigration said, “The coordination and cooperation witnessed in the past few days between the Egyptian government and the Dubai government regarding the Egyptians stranded in the UAE is a translation of the deep-rooted brotherly relations that unite the two brotherly countries and peoples.


“It has been coordinated for the return of Egyptians stranded in the UAE through the airlines of Emirates, Fly Dubai, Air Arabia, with no charges for modifying the tickets,” she added.

The minister explained that since last Thursday, there has been an airlift provided for the return of Egyptians stranded in the UAE wishing to return to their homeland, pointing to the continuation of government coordination until all the stranded Egyptians have returned to their homeland.


Makram also pointed out that the stranded Egyptians travelling through the UAE airlines, who booked their tickets individually, not via tourism companies, must fill out the registration form of the Ministry of Immigration and mention their ticket number and the airline.

These were the details of the news Egypt thanks Sheikh Mohammed for helping Egyptians stranded in UAE return home for this day. We hope that we have succeeded by giving you the full details and information. To follow all our news, you can subscribe to the alerts system or to one of our different systems to provide you with all that is new.