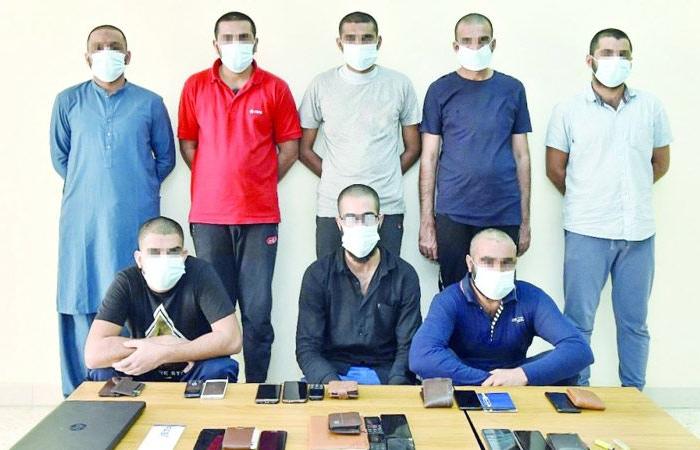 Nevin Al Sukari - Abu Dhabi - The perpetrators confessed to the charges levelled against them and were remanded in custody pending prosecution.


This came in the wake of a report received by the department, according to which a person had been defrauded by an unidentified person, who called him alleging that he was a bank employee and wanted to update his data. This enabled the suspect to hack the victim’s bank accounts and withdraw Dhs32,000 from his account balance.


According to Colonel Dr Ali Al Kai Al Hammoudi, Director of the Eastern Region Police Department, the Criminal Investigation Department formed a team to collect information on the suspects and show their identities as they posed a danger to people, companies, bank accounts and individuals’ credit cards.


Communicating with the other police departments nationwide, the detectives were able to arrest the perpetrators in co-ordination with Dubai Police. It was found that the gang consisted of 10 Asians who specialised in this type of fraud.

They used to send fake text SMS to customers or communicate with them by phone, informing them that they needed to update the data of their personal bank accounts to avoid suspension of their banking services.

Consequently, account holders used to comply with the perpetrators’ requests and provide them with their data. As a result, the victims’ balances were transferred from their accounts to other accounts before being sent outside the UAE.


Lt. Col. Saeed Khalfan Al Naqbi, Head of the Criminal Investigation Department, stated that the criminal investigation officers managed to arrest the perpetrators and found in their possession a large number of smartphones as well as chips bearing numbers of some UAE telecommunications companies, a computer, and a set of receipts for money transfers.

The perpetrators confessed to the charges levelled against them and were remanded in custody pending prosecution.

These were the details of the news Sharjah Police arrest 10 Asian fraudsters in Eastern Region for this day. We hope that we have succeeded by giving you the full details and information. To follow all our news, you can subscribe to the alerts system or to one of our different systems to provide you with all that is new.