Hello and welcome to the details of VIDEO: Ajman Police break Guinness World Record with longest online human chain and now with the details

Ajman Police created the record on May 18, involving 303 participants from 31 nationalities who also sought to raise awareness among community members on COVID-19, using multiple languages.

The multilingual video recorded and released by the Ajman Police celebrates UAE's approach for peaceful coexistence, multiculturalism and tolerance.

In the video, 303 people of 31 nationalities thanked the Ajman Police for their spirited efforts in confronting the challenges posed by the contagion.

"The record title was chosen to deliver a message of appreciation via a transceiver for the frontline heroes, Ajman Police, and the community for committing to face COVID-19 and for their practical efforts in protecting society and implementing precautionary measures in Ajman.

“As well as thanking the community for their cooperation by delivering a message to the community about the importance of adhering to preventive measures to combat the spread of this pandemic," said the Guinness World Record.

Hickson Daniel, Representative of the Guinness World Records, handed over the certificate to Major General Sheikh Sultan Bin Abdullah Al Nuaimi, Commander-in-Chief of Ajman Police, at a ceremony during which the record-breaking video was screened. Major General Al Nuaimi also honoured the Guinness World Records team and the fieldwork team behind the landmark achievement.

Major General Al Nuaimi extended his profound thanks to the country's leadership, citizens and residents for their efforts in facing the COVID-19 pandemic.

He also appreciated the efforts made by the employees, commissioned and non-commissioned officers of the General Command of Ajman Police as well as the dedication by frontline professionals for fighting the pandemic.

''The idea of breaking the Guinness World Records was not a spur-of-the-moment decision, but was rather based on a study to promote awareness about fighting the pandemic,'' he said.

''Ajman Police GHQ sought through this video to send a message of appreciation from the community to the frontline heroes for supporting the state's tremendous efforts to combat the pandemic,'' he added. WAM

These were the details of the news VIDEO: Ajman Police break Guinness World Record with longest online human chain for this day. We hope that we have succeeded by giving you the full details and information. To follow all our news, you can subscribe to the alerts system or to one of our different systems to provide you with all that is new. 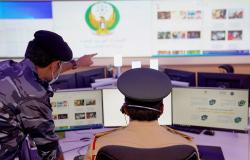 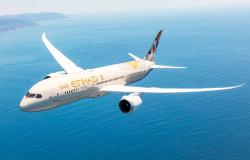 Etihad may resume flights from India after Aug.2