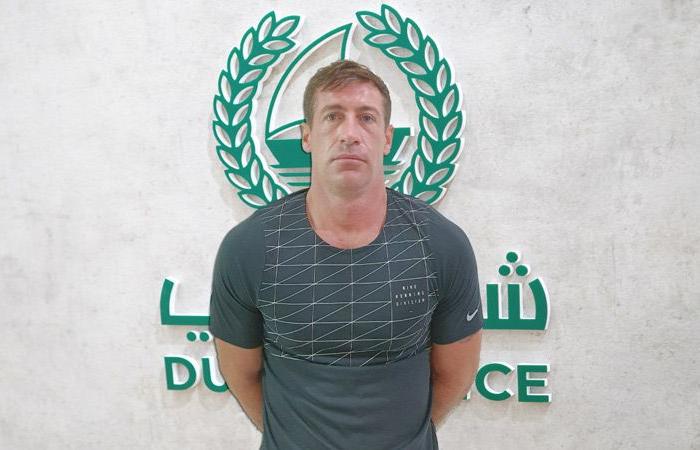 Nevin Al Sukari - Abu Dhabi - Upon receiving a Red Notice from Interpol, Michael Paul Moogan was placed under intense surveillance and all his movements were monitored by the investigation unit.

Dubai Police have recently arrested a man wanted by the National Crime Agency (NCA)-UK, for eight years for his alleged role in a large-scale international drug trafficking plot in the United Kingdom. The arrest was made shortly after receiving a Red Notice from the Interpol.

Michael Paul Moogan, 35, from Croxteth, Liverpool, who featured as part of the Operation Captura most wanted fugitives campaign, was apprehended in Dubai as a result of joint working between Dubai Police and the NCA.


Moogan had been on the run since a raid that took place at a café in Rotterdam suspected of being used as a front for meetings between drug traffickers and cartels, and central to a plot to bring hundreds of kilos of cocaine into the UK every week.


Officials of NCA thanked the Dubai Police for their good coordination, high professionalism, swift action in arresting Moogan, and lauded the great cooperation between the force and Interpol. They also praised the exceptional role of Dubai Police in combating organised crime and arresting perpetrators.


Al Marri said the operation is another achievement to the fruitful cooperation between Dubai Police and international law enforcement agencies in ensuring the world’s security and safety and tackling transnational organised crime.

Nikki Holland, NCA Director of Investigation said, the arrest is the result of years of investigation involving a range of law enforcement partners in the UK, Europe and Middle East.

“We are extremely grateful to those partners for their assistance in ensuring Moogan now faces justice and particularly thank the Dubai Police for their efforts to track him down. His extradition from the UAE is being requested,” Holland continued.


“This case should serve as a warning to others on the run from the NCA – we have a global reach, we never give up and they can never rest easy,” Holland added.


“I’d like to commend their work, in particular detectives from the General Department of Criminal Investigation in Dubai, who showed exceptional professionalism and were able to use all the techniques at their disposal to locate him and carry out this operation,” Rodhouse added.

“Upon receiving a Red Notice from Interpol, Moogan was placed under intense surveillance and all his movements were monitored by the investigation unit,” Al Mansouri added.


Al Mansouri praised the tremendous efforts and professionalism of Dubai Police’s officers who arrested the suspect and utilised modern technologies to identify him, locate his place of residence, and arrest him.


Meanwhile, Brigadier Jamal Salem Al Jallaf, director of the General Department of Criminal Investigation (CID), confirmed that the investigation team was able to identify the suspect although he had used a different name and nationality to enter the country. “Once identified, he was immediately placed under our surveillance,” Al Jallaf added.


Colonel Saeed Al Qamzi, director of the Wanted Persons Department at Dubai Police, said they were able to track the suspect down despite his attempt to elude detectives with a different identity.


“Thanks to the Criminal Data Analysis Centre at Dubai Police, we were able to utlise the latest capabilities and technologies to identify Moogan,” Al Qamzi added.


It is worth noting that the active cooperation of Dubai Police with international police agencies has resulted in extraditing 52 international wanted people involved in serious crimes such as terrorism, organised crime, money laundering, murder and drugs. They were wanted in several countries like the Netherlands, Belgium, UK, Sweden, Australia, Pakistan, India, China and other countries.

These were the details of the news Dubai Police arrest one of UK’s most wanted fugitives for this day. We hope that we have succeeded by giving you the full details and information. To follow all our news, you can subscribe to the alerts system or to one of our different systems to provide you with all that is new.