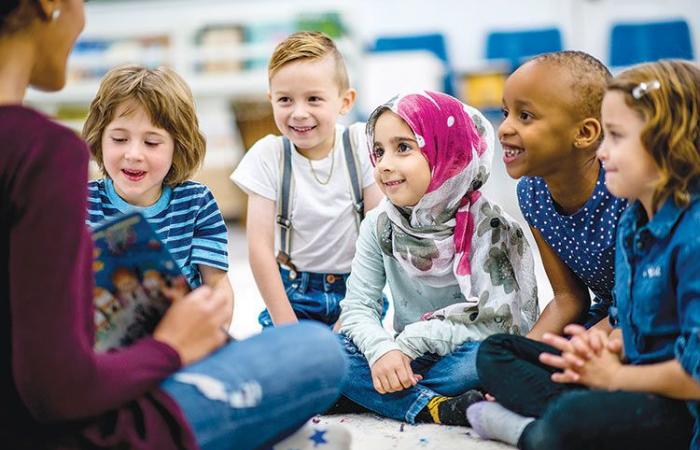 Nevin Al Sukari - Abu Dhabi - Renaissance, which creates educational software tools to improve outcomes and accelerate learning, is expanding its presence in the Mena region, to help schools promote success amongst students of all ages and abilities.

The traditional pen-and-paper test to detect signs and symptoms of dementia may become history. A device that deciphers these within five minutes, and more importantly, at least a decade before the condition of forgetfulness or memory loss sets in, has been invented.

The inventors are British-Iranian Dr. Sina Habibi, a mechanical engineer by background with a Doctor of Philosophy degree in Nanobiotechnology and his compatriot Seyed Razavi, a computational neuroscientist.

It was Razavi’s laboratory work in 2011 on “Functional MRI (Magnetic Resonance Imaging-which measures brain activity associated with blood flow) to understand human vision that became the breakthrough for what the two had termed as the ICA (Integrated Cognitive Assessment).

Habibi was a recent UAE visitor for a possible set-up of the Cognetivity Middle East headquarters, carrying the ICA, in Dubai.

This reporter was able to try out the ICA. It proved to be delightful. Within five minutes of following the “tapping instructions” for obvious and hidden animals in a series of photographs, a blue dot fell on the “pear green” wave of the IPad screen, demonstrating she is still on the safe side.

“We named our platform Integrated Cognitive Assessment, particularly because it provides a holistic integrated measure of cognitive function with one single test, as opposed to a battery of cognitive tests. Therefore, it is easier to administer, faster to complete and more sensitive to subtle changes in the brain,” Habibi said.

Habibi and Rasavi were both students at the Cambridge University in the UK in 2011 when the former dropped by the latter’s laboratory: “I saw how Seyed worked on the Functional MRI and on human vision. You see, our eyes are like a camera and our brain has the ability to decode whatever information (our eyes capture) in the form of a picture.”

Both decided to utilise pictures for these too, compared to the written dementia tests, veer away from the probability of the patient’s non-comprehension of the questions due to language barrier and educational background or attainment. “Everyone can take this,” said Habibi.

The two collaborated with the UK’s government-funded National Health Services (NHS) healthcare system for the 2015 to 2019 three phases of clinical trials covering 500 people between the ages of 55 to 85 with the participation of 10 hospitals in Sussex, Devon and the Kings College Hospital London. In their home country was also an independent clinical trial of the same magnitude. They targeted the 55 to 85-year-olds since this is the age range of dementia patients. Purpose was to turtle pace the development of dementia.

From emailed comments, NHS Trust (North Staffordshire, UK)-Older People’s Services Clinical lead/Locum Consultant Old Age psychiatrist Dr. Rebecca Chub said: “We are very excited by the potential of ICA to drive improvements on how we assess our patients in dementia pathway. We are also excited to be the first Trust using this technology outside of clinical trial, taking the lead on a fantastic piece of innovation that could one day be used in clinics up and down the country.”

Tehran Medical University of Medical Sciences (Iran)-Geriatric Ward director Dr. Zahra Vahabi wrote: “Many of the currently available standard of care tests that are mostly pen-and-paper are biased by education and language. As a neurologist, I will then need to spend more time with the patient and have a longer clinical interview to be able to identify those biases in the test results so I can make a diagnosis.

“We have been using ICA (which is independent of language and level of education) in the past year. We did not need to translate and collect new normative data to be able to use the test. Many of our uneducated patients in the clinic were also able to successfully take the test. The results were consistent with clinical judgement.”

Shahed University-Department of Neurology-Multiple Sclerosis (MS) Research Unit (Iran) MS specialist Dr. Massoud Nabavi said the ICA is a tool much easier to use for clinical practice. It is a “digital marker of cognitive impairment in MS and to monitor response to therapeutic interventions.”

These were the details of the news New device deciphers signs of dementia in 5 minutes for this day. We hope that we have succeeded by giving you the full details and information. To follow all our news, you can subscribe to the alerts system or to one of our different systems to provide you with all that is new.