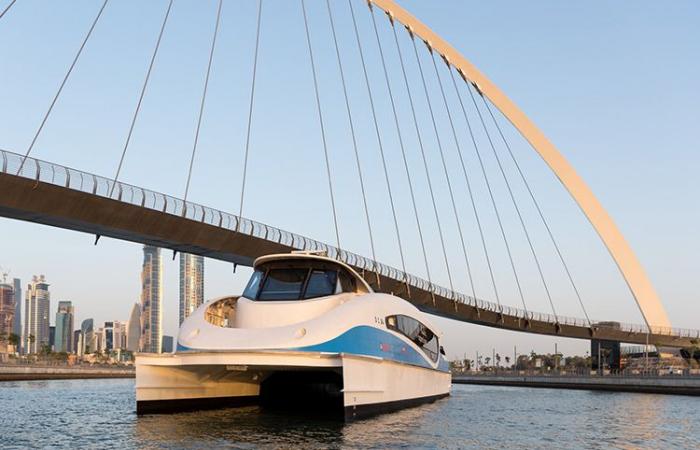 Hello and welcome to the details of VIDEO: 188 per cent surge seen in marine transport network by 2030, says RTA chairman and now with the details

The Roads and Transport Authority (RTA) revealed that RTA’s marine transport network would expand by 188% to span 158 km, and the number of scheduled passenger lines would see a 400% upswing to 35 lines under a master plan running up to 2030.

Under the plan, the marine transit fleet would be beefed up by 32% to reach 258 means, and the number of marine transport stations would see a 65% rise to encompass 79 stations by 2030.

“Marine transport is an integral part of the public transport network in Dubai. It ferries about 14 million riders every year and the sector is witnessing a sustained growth in the number of means, stations, and riders.

"The marine sector is expected to expand considerably with the completion of construction works in urban and tourist facilities on both sides of the Dubai Water Canal and other waterfront development projects.

"Marine transport will be the favourite mobility means for citizens, residents, and tourists visiting Dubai relishing the scenic structures and facilities on the shores of both the Canal and the Arabian Sea,” Mattar Al Tayer said.

“In 2020, the marine transport network increased 24 km to reach 79 km. Moreover, 5 abras from the new generation of wooden traditional abras were deployed to bring the total number of RTA’s marine transport means to 55 vessels.

The sector managed to overcome the challenges of the Covid-19 pandemic by implementing the corporate agility principles and practices and optimising the use of resources, which ensured the continuity of marine transport services,” he noted.

“Despite the undergoing challenges, the ridership of marine transport means last year clocked 8.049 million riders. RTA also started the trial run of five traditional abras powered by Biodiesel 5, which is officially approved in the UAE.

"The initiative, which was run in collaboration with ENOC, yielded extremely positive results. Biodiesel 5 is efficient in recycling waste, reducing gas emissions and conserving the environment; thus, it contributes to Dubai’s Clean Energy Strategy. RTA had also launched a new generation of wooden traditional abras replicating the same design of the existing abras with high security and safety standards,” Tayer added.

“This year, RTA is intending to open 4 water transport lines extending 10 km, which will extend the total length of the marine transport network to 89 km. The new lines will link Deira Night Market with Al Ghubaiba Station and the Waterfront Market Station.

These were the details of the news VIDEO: 188 per cent surge seen in marine transport network by 2030, says RTA chairman for this day. We hope that we have succeeded by giving you the full details and information. To follow all our news, you can subscribe to the alerts system or to one of our different systems to provide you with all that is new.