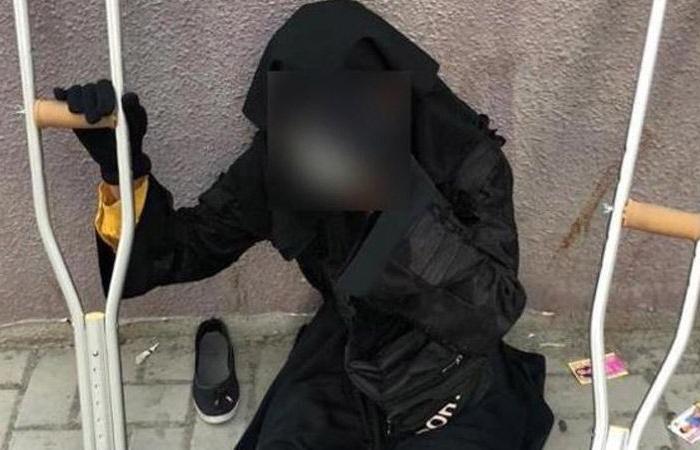 As part of Dubai Police’s campaign "Begging is a Wrong concept of Compassion,” the Naif Police Station arrested 104 violators, including 55 beggars and 49 street vendors since the beginning of the Holy Month of Ramadan.


Brigadier Tarik Tahlak, Director of Naif Police Station, said they operate according to an integrated security plan to combat begging in cooperation with partners and intensify patrols in places expected to be frequented by beggars.

Brig. Tahlak explained that street begging occurs everywhere around the world and, in Dubai, we take the matter seriously as it ruins the reputation of the emirate and also affects the security as it increases cases of theft and pickpocketing.

“During Ramadan, beggars ask for things like financial aids or ‘Iftar’ meals so people would feel for them or show compassion,” “Members of the public should not fall for such scams, and should know that local authorities and charities indeed help the truly needy and provide them with social support or train them for work,” Tahlak said.

The Dubai Police urged all citizens and residents not to be sympathetic with beggars and instead donate to official charities. They also asked the public to report beggars to the toll-free number 901 or through the Police Eye service via Dubai Police App, and to report cyber-beggars and online suspicious activities on www.ecrime.ae

The Dubai Police General Command, represented by the General Department of Punitive and Correctional Institutions (PCI), recently launched a voluntary programme through which inmates get the opportunity to engage in different kinds of voluntary works within the Department.

The programme, launched under the slogan "Fina Khaer" (The Goodness Within), was approved by the Dubai Volunteering Centre of the Community Development Authority (CDA).

It also serves as an educational programme to enrich the inmates' knowledge on this type of noble work and its significance to the community by enrolling them in various activities and programmes.

Lt. Col Yusuf Abdul Kareem Jumma, Acting Director of PCI, said that Dubai Police places a great interest in voluntary work, and encourages its employees to be part of any work of the kind. "This keenness falls within the Dubai Police’s strategy to enhance a culture of volunteerism and promote positive cooperation with different bodies in the emirate," Lt. Col. Jumma added.

"The programme aims at achieving the UAE government objective in instilling values concerning good citizenship and community solidarity. It is also in line with the force’s aim to give the inmates a chance for reformation while qualifying them for honourable social life and providing all capabilities to exploit their energy through educational and training programmes in many fields," the Acting Director of PCI added.

These were the details of the news Dubai Police arrest 104 beggars and street vendors during Ramadan for this day. We hope that we have succeeded by giving you the full details and information. To follow all our news, you can subscribe to the alerts system or to one of our different systems to provide you with all that is new.