UAE to send Emirati-made rover to the moon in 2022 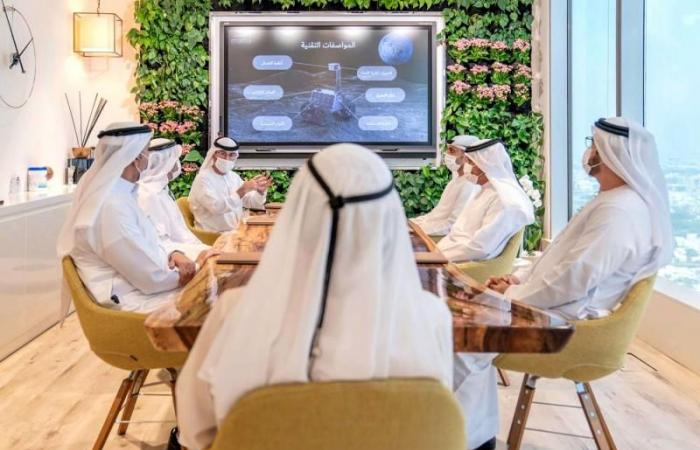 Hind Al Soulia - Riyadh - The UAE is using its space programme to develop its scientific and technological capabilities and reduce its reliance on oil.

DUBAI--Lunar exploration company iSpace will transport a United Arab Emirates rover to the moon in 2022, the company said on Wednesday, as the UAE pushes for rapid expansion in the space exploration business to diversify its economy.

The UAE is using its space programme to develop its scientific and technological capabilities and reduce its reliance on oil.

The Gulf state’s, and the Arab world’s, first interplanetary probe entered Mars’ orbit in February. It is now sending data about the Martian atmosphere and climate.

The Rashid lunar rover will be designed entirely by Emiratis. The UAE had originally intended to send it into space by 2024.

Japanese company iSpace, founded in 2010, aims to provide commercial transportation to the moon with a wider mission to ultimately incorporate the moon into the earth’s economy.

The 2022 launch will be iSpace’s first mission of this kind and will use a Falcon 9 rocket from Elon Musk’s SpaceX, to be launched from Florida.

The SpaceX rocket will deliver an iSpace lander to the moon’s orbit. The lander will propel itself to the moon’s surface and the UAE rover will then emerge from the lander and drive off to explore, said iSpace Founder and CEO Takeshi Hakamada.

The lander will also be carrying a solid-state battery designed by Japanese company NGK Spark Plug to be tested in the lunar environment.

The lunar mission is part of the Gulf state’s broader vision for a Mars settlement by 2117.

Under the agreement, iSpace said it would also provide the Emirates Lunar Mission with wired communication and power during the cruise phase and wireless communication on the moon.

The UAE launched a National Space Programme in 2017 to develop local expertise. Its population of 9.4 million, most of whom are foreign workers, lacks the scientific and industrial base of the major countries which have space programmes.

Hazza al-Mansouri became the first Emirati in space in 2019 when he flew to the International Space Station. This week the UAE selected the first Arab woman to train as an astronaut.

Matrooshi will be joined by another Emirati, Mohammed al-Mulla, making a total of four people under the UAE Astronaut Programme. They include Mansouri who flew to the International Space Station in 2019.

Nora was one of 4,300 applicants assessed on scientific abilities, education and practical experience, and then on physical, psychological and medical assessments, the MBRSC said.

These were the details of the news UAE to send Emirati-made rover to the moon in 2022 for this day. We hope that we have succeeded by giving you the full details and information. To follow all our news, you can subscribe to the alerts system or to one of our different systems to provide you with all that is new.