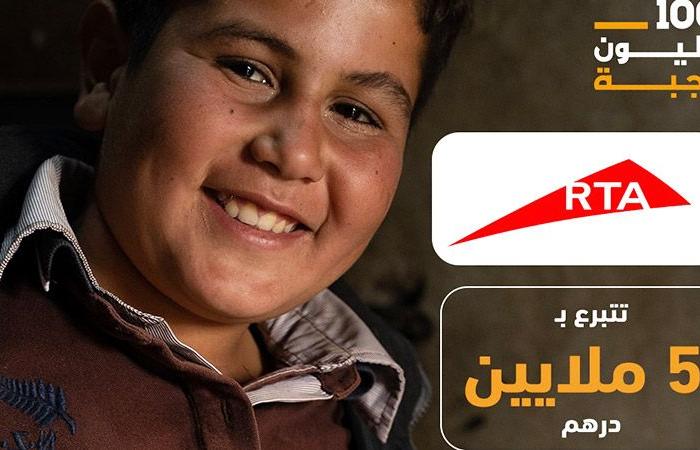 The Roads and Transport Authority (RTA) in Dubai has announced a donation of Dhs5 million to the "100 Million Meals" campaign that aims to provide food parcels for disadvantaged individuals and families across 20 countries in the Middle East, Asia, and Africa.

Mattar Mohammed Al Tayer, Director-General and Chairman of the Board of Directors of RTA, said the aim of providing 100 million meals to people in need is a clear example of the benevolence that is central to the UAE’s social fabric, laid by the nation’s late Founding Father, Sheikh Zayed bin Sultan Al Nahyan.

Doing good, Al Tayer added, has become the instinctive approach of the UAE towards those in dire need of help.

People inside and outside the UAE can donate online through the website www.100millionmeals.ae or a bank transfer to the campaign’s account at Dubai Islamic Bank (AE080240001520977815201).

These were the details of the news Dubai’s RTA donates Dhs5 million to ‘100 Million Meals’ campaign for this day. We hope that we have succeeded by giving you the full details and information. To follow all our news, you can subscribe to the alerts system or to one of our different systems to provide you with all that is new.