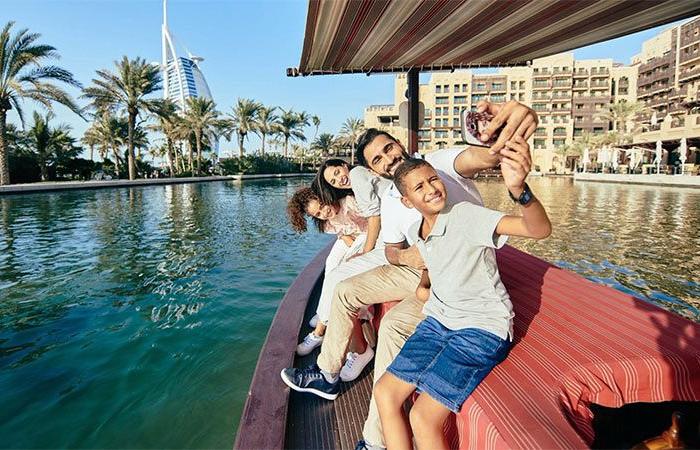 Much to his surprise, the Tourist Police Department of the General Department of Criminal Investigations at Dubai Police handed a tourist his wallet, which contained 7 credit cards, before boarding the plane at the Dubai International Airport.

The wallet fell out of his pocket in a taxi 3 hours before his flight but he did not know.

According to Colonel Dr Mubarak Saeed Salem Bin Nawwas Al Ketbi, Director of the Tourist Police Department, the tourist checked out of his hotel at 11am and headed to the airport to catch his flight at 2pm.

As he was moving fast, his wallet fell on the back seat of the taxi, he said, adding that the tourist got off the taxi at the Dubai International Airport and proceeded with the travel procedures, while the car driver left the airport but was stopped by a passenger who found the wallet and filed a police report accordingly.

Al Ketbi explained that after the Tourist Police Department contacted the General Department of Airport Security, it turned out that the tourist was heading towards the plane after he had completed the inspection procedures and obtained the boarding pass.

The tourist police officers, in co-operation with the airport security and Dubai Airports, were able to reach the boarding gate where the tourist was waiting for his flight and handed the wallet over to him.

The tourist thanked Dubai Police for their keenness to hand the wallet over to him, noting that he discovered that his wallet was missing only during the inspection procedures at the airport.

As he was shocked, he did not know how to act because time was running out but he decided not to miss his flight.  He stated that this was the first time he visited Dubai but would not be the last.

Recently, the Dubai Police General Command and The Emirates Literature Foundation signed a Memorandum of Understanding outlining the two organisations’ commitment to improving the lives of inmates at Dubai Penal and Correctional Institutions through the initiative “From the Inside Out,” WAM reported.

“From the Inside Out” is a long-term ongoing initiative first launched in 2017 by the Emirates Literature Foundation, supported by Dubai Police, which aims to offer inmates of the Dubai Penal and Correctional Institutions access to literature, authors, and the many benefits of reading and writing.

These were the details of the news Tourist gets pleasant surprise just before departure for this day. We hope that we have succeeded by giving you the full details and information. To follow all our news, you can subscribe to the alerts system or to one of our different systems to provide you with all that is new.