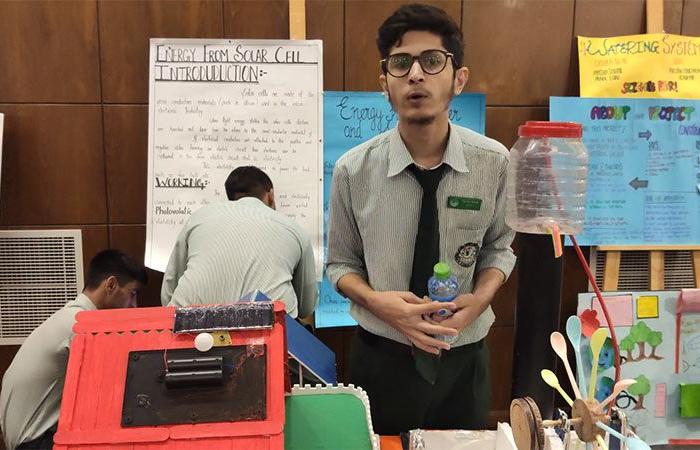 The Citizens Foundation (TCF), a Pakistani non-profit organization educating the less-privileged, held its first webinar on Zoom to thank its well-wishers in the UAE and to update them on the Foundation’s progress.

“We are deeply grateful to the UAE community for whole-heartedly supporting the cause of education over these years and helping us bring more children from streets into schools,” said Ateed Riaz, Founder Director, TCF.

The webinar brought together almost 100 members of the UAE community as the guests included young professionals, businessmen and the people who support the cause of education.

TCF is registered with the International Humanitarian City (IHC) in Dubai since 2004.

Pakistan is the world’s sixth largest populous country and has the second-highest number of out- of-school children in the world. Out-of-school-children in Pakistan often face deep-rooted structural inequalities that are most often linked to gender biases, poverty and lack of access to quality schools. School closures due to the COVID-19 Pandemic further exacerbated these inequalities as TCF students had little to no access to digital learning tools.

TCF is operating 1,652 school units in urban slums and rural areas across more than 700 communities in Pakistan where children were previously out-of-school. TCF has an enrollment of 266,000 deserving students, nearly half of whom are girls. The Foundation is the largest private employer of women in Pakistan with more than 12,500 teachers and principals. The Economist magazine has called TCF “perhaps the largest network of independently run schools in the world.”

In the absence of digital access and in order to keep students engaged and ensure that they return to schools once they re-opened, TCF launched its Ilm ka Aangan (The Learning Courtyard) program with two principal elements:

TCF launched a colorful and engaging TV show on national television. 2/3rd of all households in Pakistan have access to TV and the show had 8 million views every week.

As on-line learning was not possible, TCF also launched an Edutainment magazine under their Ilm ka Aangan program. The magazine promoted self-study among the students. Every two weeks, TCF students collect new copies of the magazine from their schools and drop off the completed ones for teachers’ feedback. To-date TCF has distributed almost 1.4 million copies of the magazine.

TCF also recently won the ‘Best COVID-19 Response’ for their above education initiatives in the MGM awards held by the International Humanitarian City in March 2021.

These were the details of the news UAE’s support for students in Pakistan hailed for this day. We hope that we have succeeded by giving you the full details and information. To follow all our news, you can subscribe to the alerts system or to one of our different systems to provide you with all that is new.