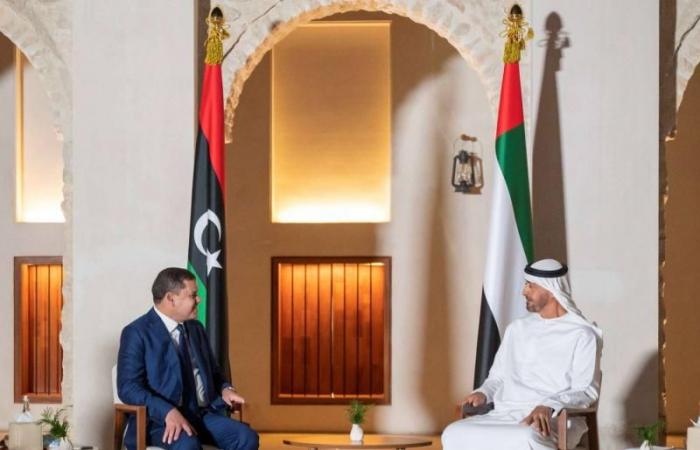 He “renewed his support for the new executive authority in Libya and their endeavours to establish peace and stability,” the official WAM news agency reported on Thursday.

Sheikh Mohammed tweeted early Thursday that it had been “an honour” to meet Dbeibah.

“Libya will overcome its challenges and we stand at the side of the Libyan people at this critical moment,” he said.

“The new road map will hopefully lead to stability and unity.”

Sheikh Mohamed also stressed “the long-standing relations between the two nations” and said the UAE “is looking forward to further growing these relations over the coming period.”

The crown prince was briefed by the Libyan premier on the latest developments in Libya and the efforts being made during the current transitional period to restore security and stability and help state departments forge ahead to drive the development and reconstruction process and prepare for the elections, WAM reported.

The two sides explored the prospects of cooperation in the political, security, development and investment fields in addition to exchanging views over an array of issues of common interest, the news agency added.

The UAE said in January it was ready to work closely with US President Joe Biden’s administration for a peaceful solution to the Libyan conflict.

The statement followed a virtual Security Council meeting on Libya, during which the United States called on “all external parties, to include Russia, Turkey and the UAE, to respect Libyan sovereignty and immediately cease all military intervention in Libya.”

Previously, the UAE supported, along with Egypt and Russia, the Libyan National Army (LNA), led by Field Marshal Khalifa Haftar.

In March, the UN Security Council unanimously adopted a declaration demanding the withdrawal of all foreign troops and mercenaries from Libya.

The world body estimated that there were 20,000 in the country as of December.

Libya has been ravaged by bloodshed since the overthrow and killing of longtime ruler Muammar Gadhafi in a NATO-backed revolt in 2011.

An array of armed groups arose to fill the vacuum and many coalesced around Haftar or the GNA.

The two camps, each supported by foreign powers, fought for more than a year before the eastern-based LNA retreated from an attempt to seize the capital Tripoli in the west.

In October they signed a truce, setting in motion a UN-led process that saw Dbeibah’s transitional unity government installed in February.

These were the details of the news UAE pledges support for Libya’s new unity government for this day. We hope that we have succeeded by giving you the full details and information. To follow all our news, you can subscribe to the alerts system or to one of our different systems to provide you with all that is new. 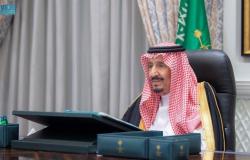